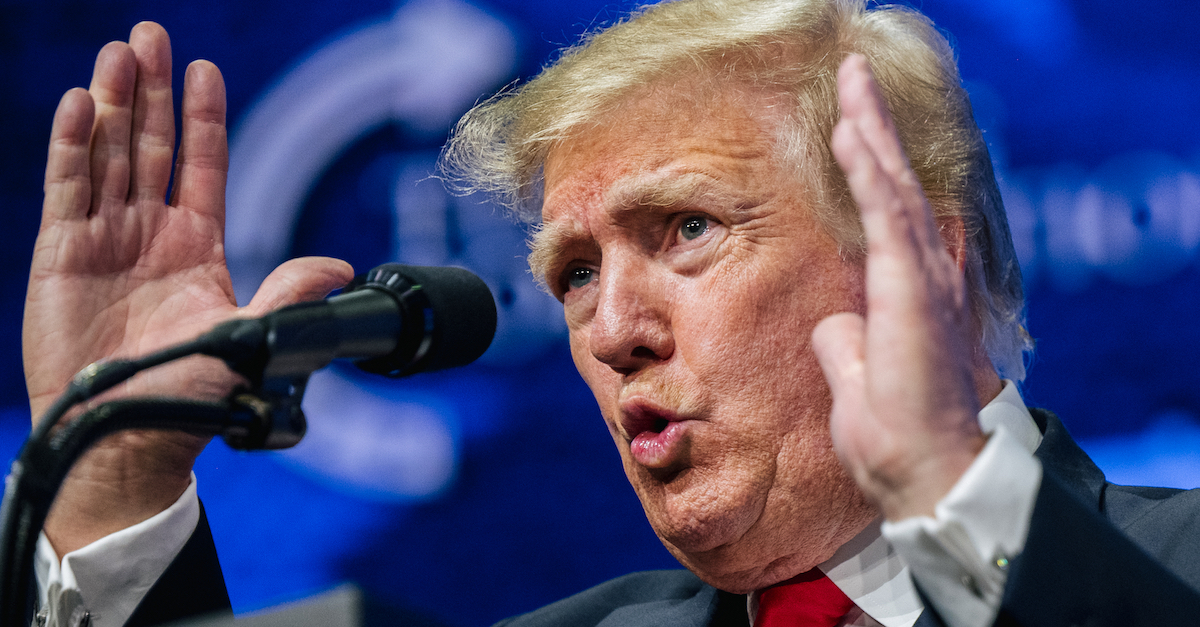 The development falls one day after the Department of Justice notified a federal judge that only a “limited set” of the materials seized by the FBI during the search of Mar-a-Lago may contain attorney-client privileged information. The revelation that the Justice Department’s so-called privilege review team, also known as a taint team, finished its work undermined a request by Trump’s legal team for a federal judge to appoint a special master to sort out those materials.

U.S. District Judge Aileen M. Cannon, a Trump appointee, previously said that she would be inclined to grant that request, but the Justice Department’s completion of the review may moot it. The judge will hold a hearing on Thursday to decide that issue.

Just as legal observers have questioned whether the delay by Trump’s legal team shows them to be too slow and too reactive, the former president has augmented his team with a politically connected ally in Florida.

Kise served on DeSantis’s transition team in Florida and is known as the attorney who helped derail the campaign of the Florida governor’s erstwhile rival Andrew Gillum in 2018. DeSantis narrowly won that race after Kise publicized that Gillum accepted free tickets to the Broadway musical Hamilton from an undercover FBI agent posing as a developer.

Earlier this year, federal prosecutors charged Gillum with wire fraud and lying to the FBI in an indictment that cited the hot-ticket theatrical performance.

Citing anonymous sources in Trump’s orbit, NBC News reported that Kise is considering leaving the firm Foley & Lardner, noting that certain firms have shied away from representing such divisive a figure as the former president. By press time, Kise’s profile as a partner appeared to have been removed from the firm’s website, which remains in archived form. That archived biography boasts of Kise’s work for other Florida politicians, like former Governors Charlie Crist and Rick Scott.

Though Crist has been a Democrat since 2012, he previously was a Republican and an Independent. Scott is a Republican.

Kise came with high recommendations from Brian Ballard, a top bundler for Trump and DeSantis once described by Politico as the “Most Powerful Lobbyist in Trump’s Washington.”

“Chris is not only my friend, he is one of the finest lawyers I have ever met,” Ballard told NBC News. “His unique experience is perfectly suited to assist [former] President Trump.”

Ballard did not respond to Law&Crime’s voicemail requesting comment.