Trump Biographer Warns That the Epstein Investigation Could Ensnare the President 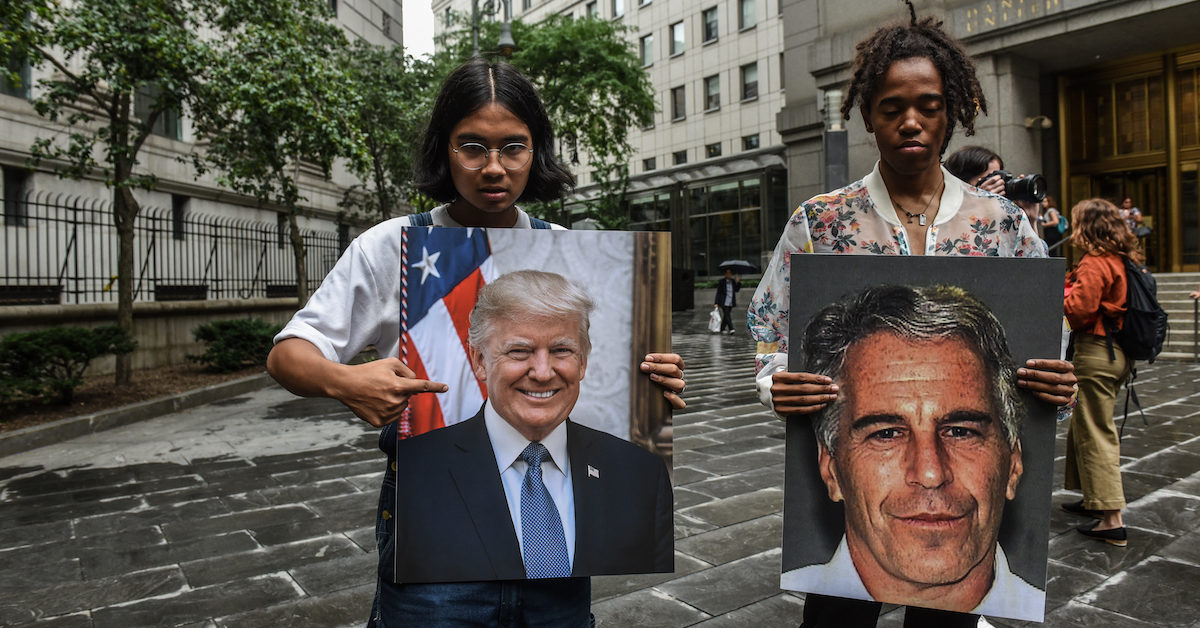 The author of a recent biography about the life of Donald Trump on Friday warned on Saturday that the prosecution of Jeffrey Epstein for alleged sex-trafficking crimes could also entangle President Trump, who had close personal ties to Epstein in the 1990’s and early 2000’s.

Journalist Timothy L. O’Brien, an executive editor at Bloomberg and author of the 2005 biographical book, Trumpnation: The Art of Being the Donald, appeared on MSNBC’s “Deadline: Whitehouse” with Nicolle Wallace Saturday to discuss his experience shadowing Donald Trump while writing the book in the mid 2000’s and how some of what he witnessed may play a role as the case against Epstein moves forward.

“When the president stands on the White House lawn and said he barely knew Jeffrey Epstein, that’s not supported by the fact pattern,” O’Brien said Saturday morning.

“They knew each other well from 1987 to at least 200. He traveled on Epstein’s jet at least once,” O’Brien continued, adding, “I spent about two years, a lot of time with Trump in the mid-2000s, and he routinely talked about Jeffrey Epstein as someone he admired, he felt they were in sync.”

O’Brien then went into how Trump’s ties to Epstein had already placed him in legal peril. In a 2016 lawsuit filed against Trump by a woman in her thirties alleging that the President raped her when she was 13 in Epstein’s New York townhouse. Although the victim dropped the suit against Trump after repeatedly receiving death threats, federal investigators will very likely follow up on her allegations in pursuit of the case against Epstein.

“What is happening now with this investigation in the Southern District is they’re going to get access to Jeffrey Epstein’s videos,” O’Brien said.

“The other thing is, there is an outstanding claim, a Jane Doe claim that was filed right before the election by a woman in her 30s who said in the 90s when she was 13, Donald Trump raped her in Jeffrey Epstein’s townhouse in the upper east side. The veracity of that claim can be tested now by the Southern District. They’re investigating what occurred in Jeffrey Epstein’s townhouse.”

In the 2016 lawsuit, Jane Doe claimed she was the victim of a “savage sexual attack” at the hands of Trump in 1994, during which he allegedly “tied [her] to a bed, exposed himself to [her], and then proceeded to forcibly rape [her].”

The lawsuit also includes the account of a corroborating witness, Tiffany Doe, who claimed to have seen the underage victim perform sexual acts on both Trump and Epstein.

However, it should be noted that Doe’s case against Trump was rife with problems from its inception. After dropping the third iteration of her lawsuit following Trump’s election, the left-leaning Vox.com described it as “the end of an incredibly strange case that featured an anonymous plaintiff who had refused almost all requests for interviews, two anonymous corroborating witnesses whom no one in the press had spoken to, and a couple of seriously shady characters — with an anti-Trump agenda and a penchant for drama — who had aggressively shopped the story around to media outlets for over a year.”

O’Brien even went on to claim that the friendship between the two men was a major cause for concern during the 2016 election. The claim never went anywhere in court, though.

“There’s a lot of similarities to how these two men approached the world. And it is not credible that the president didn’t have a close relationship with Jeffrey Epstein, and they were worried about it up until Election Day.”