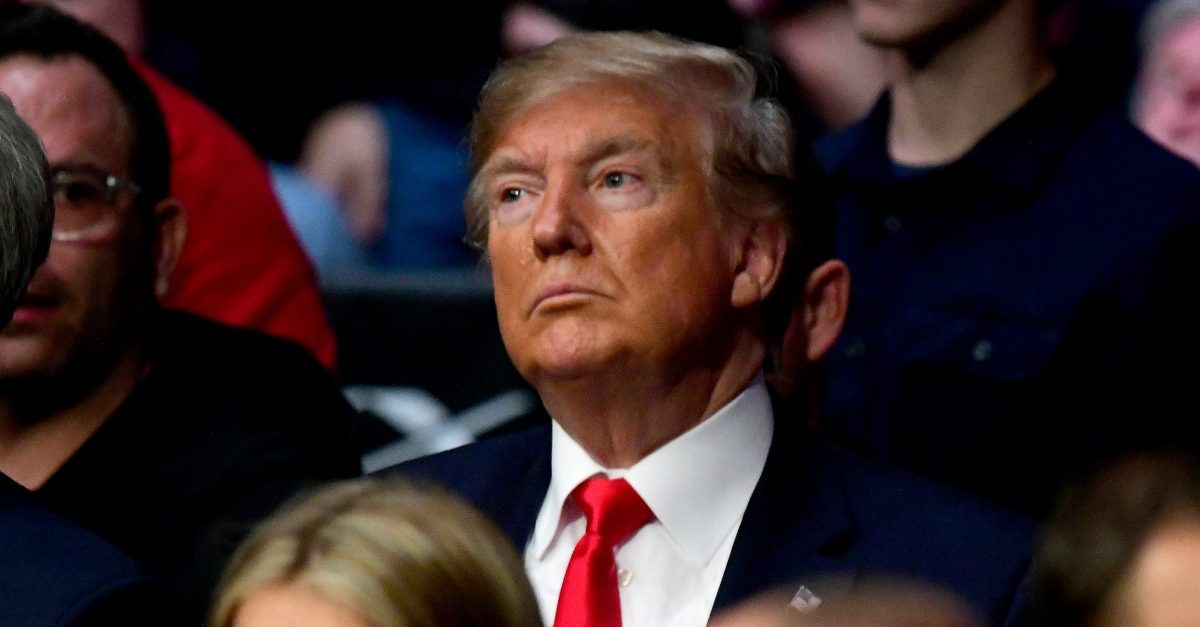 A Donald Trump-appointed judge in Washington, D.C. on Monday rejected the president’s request to block a New York law authorizing congressional committee chairs to request copies of publicly elected officials’ state tax returns, including those of a sitting president. The D.C. federal court where Trump filed his complaint dismissed the lawsuit, ruling that it did not have jurisdiction over the New York-based defendants.

Despite no requests for his tax returns being made under the act, Trump filed an Emergency Application which sought prevent the potential disclosure of his state tax returns until such a time that a court ruled on the constitutional merits of the state law.

“Mr. Trump bears the burden of establishing personal jurisdiction, but his allegations do not establish that the District of Columbia’s long-arm statute is satisfied here with respect to either Defendant. Mr. Trump has also not demonstrated that jurisdictional discovery is warranted,” U.S. District Judge Carl Nichols wrote.

The Court’s jurisdictional ruling, however, did not decide the controversy on the merits of the case, meaning the president is free to file the case in a different court that may have jurisdiction over the defendants, which would presumably be in less friendly New York courts.

Judge Nichols reasoned that the D.C. court not exercise jurisdiction over the Defendants (New York’s commissioner and attorney general, and the House Ways and Means Committee) because Trump failed to show they had engaged in a “commercial or business-related activity” directed at D.C. residents.

“Mr. Trump’s First Amendment claim focuses primarily on the passage of the TRUST Act. (asserting that the TRUST Act ‘was enacted to retaliate against [Mr. Trump] because of his policy positions, his political beliefs, and his protected speech’). But Mr. Trump does not argue that the Commissioner or Attorney General transacted business in the District of Columbia through the New York legislature’s enactment of the TRUST Act. Nor could he,” the court wrote. “Mr. Trump does not allege that either New York Defendant had any involvement whatsoever in the legislative process that led to the TRUST Act. And even if Mr. Trump alleged that either New York Defendant was involved in the legislative process, he cites no authority for the proposition that enacting or helping to enact a state statute in another state would constitute ‘transacting business’ in the District of Columbia.”