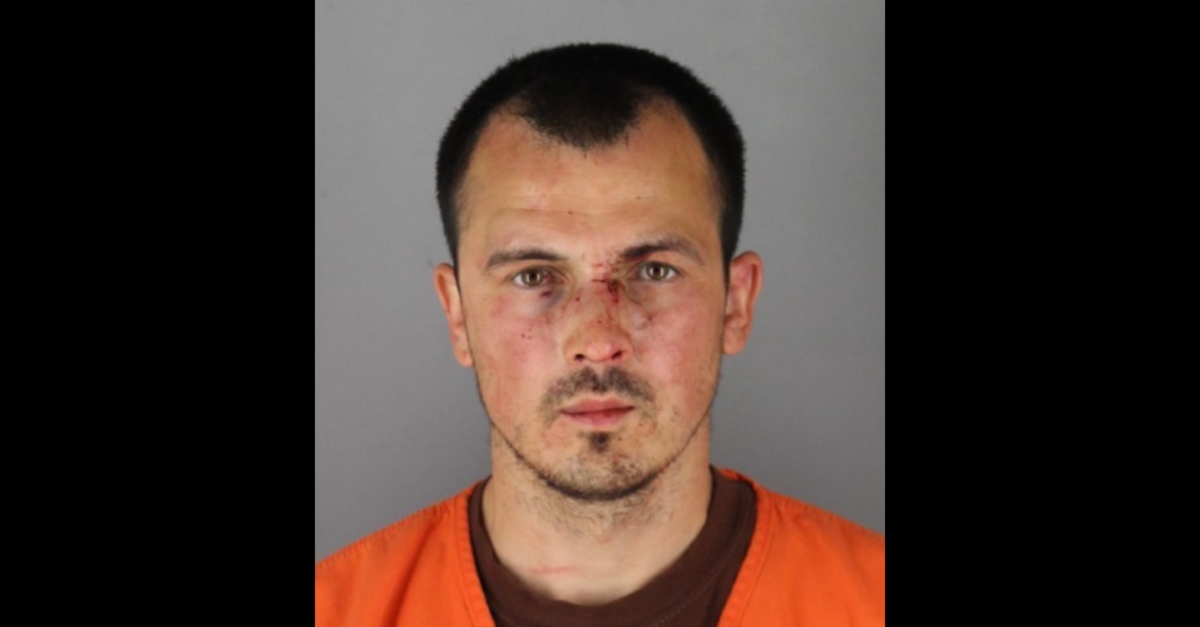 Is truck driver Bogdan Vechirko, 35, going to be prosecuted for driving at people who were protesting on I-35W over George Floyd’s death? A number of people on the bridge in Minneapolis argued this was an intentional act, but one of the authorities has said there’s no indication that the defendant meant to do it on purpose. Now the man has been let go from jail without formal charges, after he was held for suspicion of assault, according to The Star Tribune.

Prosecutors with the county attorney’s office said they had until a deadline Tuesday at noon to charge him or let him go. They said they’ve deferred the matter during the ongoing investigation.

Video from Sunday showed the frightening incident. Witnesses on the ground responded like this was an intentional act.

I-94 I35W tanker tries to hit peaceful protesters and they fight back in defense as they felt their lives were in danger. pic.twitter.com/7PsukA03Ei

Vechirko was jailed, but a recent statement from State Public Safety Commissioner John Harrington showed that authorities aren’t poised to argue that he meant to cause any damage.

“We don’t have any information that makes this seem like this was an intentional act,” he said, according to the Tribune. “It wasn’t that he went around the barricades to get to the protest.”

Vechirko “panicked, and he just kept barreling forward,” and he hit his brakes when he saw a woman fell on her bike in front of him, Harrington said.

Bystander Drew Valley had a different description of what happened, describing Vechirko’s actions as “callous disregard.”

“He wasn’t stopping,” he said. “He was beeping loudly and driving into a crowd of people.”

Charlie Garney said that the driver was speeding while honking the horn. The suspect knew the protesters were there, and accelerating, he said. He said he wasn’t sure about the man’s motives, but also said, “If he did have the intent to kill people, he had a change of heart.”

The tanker was empty.

Lonnie McQuirter, the co-owner of the 36Lyn Refuel Station, has said that Vechirko had just made a gas delivery to him before the incident.

These people suck. The driver just left my store doing me, a black business owner a favor. You should be ashamed of yourselves. Stay away from @36Lyndale https://t.co/GSGvQdCgoF

Vechirko’s wife, who is 8 months pregnant, has released a video requesting donations to help.