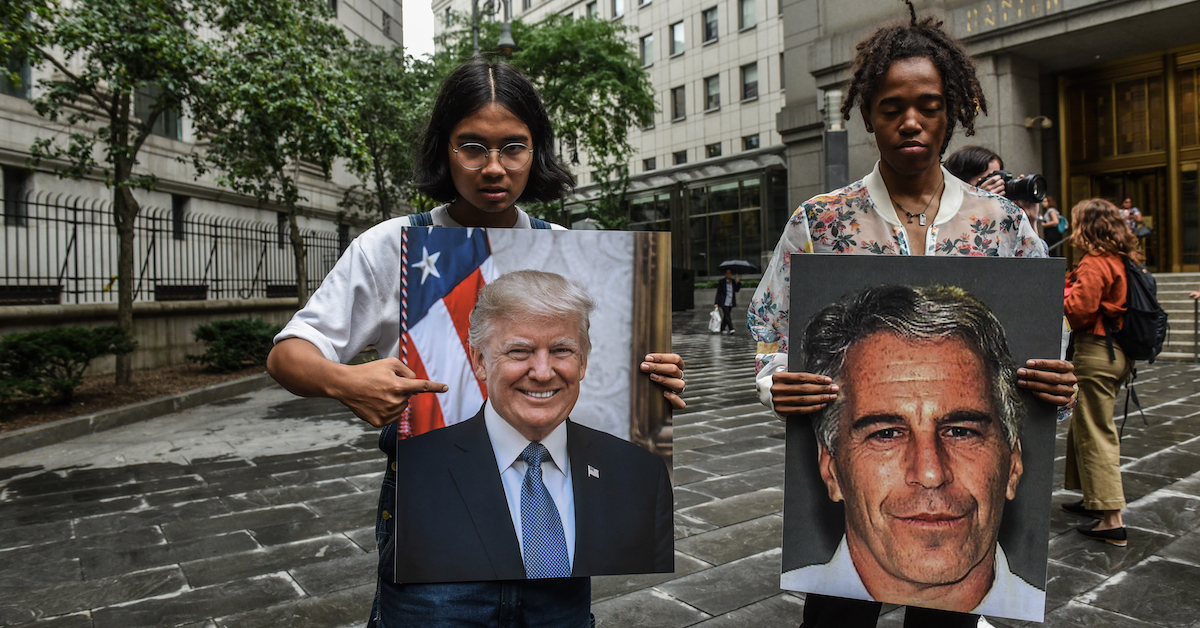 In the wake of Jeffrey Epstein’s recent arrest on sex-trafficking charges, the wealthy financier’s past friendship with President Donald Trump has come under increased scrutiny. A New York Times report on Tuesday took a deeper look into the relationship between the two and provided insight into what Trump may have known about Epstein’s sexual predilection for underage girls. Here were the four biggest takeaways from the story, and one from another.

In 1992, Florida businessman George Houraney organized a special event at Trump’s exclusive Mar-a-Lago resort, flying in 28 “calendar girl” contestants for a pre-competition VIP party. Houraney had partnered with Trump to host events at some of the casinos owned and operated by Trump, and expected a full guest list of elite partiers. However, to his dismay, Trump had only invited Epstein to attend the event alongside him.

Houraney then warned Trump about Epstein’s reputation for being sexually inappropriate, especially around younger girls. Trump did not appear to heed the warning.

“I said, ‘Look, Donald, I know Jeff really well, I can’t have him going after younger girls,” Houraney remembered saying, according to the Times. He also remembered telling Trump he didn’t want Epstein around because he didn’t want his name attached to anything that would result in a scandal. Trump dismissed Houraney words, a portent of things to come. Houraney added that he eventually had to ban Epstein from all of his events, but that “Trump didn’t care about that.”

Former Trump advisor Roger Stone recalled a particularly foreboding account of what Trump’s witnessed at Epstein’s Palm Beach estate. In his 2016 book, The Clintons’ War on Women, Stone wrote after returning from a visit to Epstein’s private home, Trump joked about the crowd of seemingly underage girls in attendance.

“The swimming pool was filled with beautiful young girls,” Trump said, before jokingly adding, “’How nice,’ I thought, ‘he let the neighborhood kids use his pool.’”

Another former Trump aide, Sam Nunberg, told the Times that Trump was well aware of Epstein’s sordid sexual history, but only took action to distance himself after the public found out about his behavior. According to Nunberg, when he tried to raise concerns about Trump’s ties to Epstein during the 2016 campaign, Trump insisted he had sufficiently distanced himself from his former friend, telling Nunberg, “I kicked him out of the clubs when this stuff became public, and I made sure NBC knew.”

Although published in a 2016 Vice News article, Trump nemesis George Conway recently noted a 2010 Esptein deposition, in which he was asked whether he had ever “socialized with Donald Trump in the presence of females under the age of 18.”

“Though I’d like to answer that question, at least today I’m going to have to assert my Fifth, Sixth, and 14th Amendment rights, sir,” Epstein responded.

The president distanced himself from Epstein on Tuesday, claiming that the two had a falling out and haven’t spoken for 15 years.

“I wasn’t a fan,” Trump said. Trump was photographed with Epstein on numerous occasions in the past, and was even quoted praising Epstein as a “terrific guy” who was “a lot of fun to be with.” He also noted that Epstein liked “beautiful women,” many of whom were “on the younger side.”

“I’ve known Jeff for 15 years. Terrific guy. He’s a lot of fun to be with,” Trump said of Epstein in a 2002 interview. “It is even said that he likes beautiful women as much as I do, and many of them are on the younger side. No doubt about it – Jeffrey enjoys his social life.” Epstein was also connected to Bill Clinton and other powerful men.