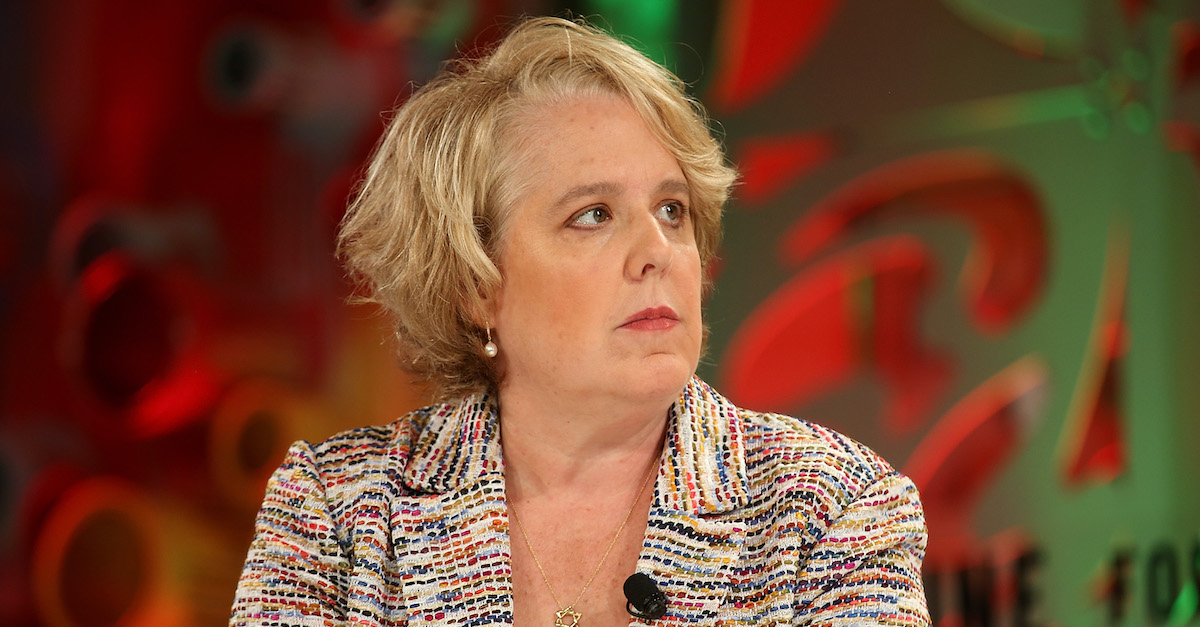 A prominent attorney who served as chairwoman of the Time’s Up, the organization that became synonymous with the #MeToo movement, reportedly resigned on Monday following the release of an attorney general’s report showing her alleged role in efforts to discredit one of Gov. Andrew Cuomo’s (D) accusers.

In the report, Cuomo’s now-former top aide Melissa DeRosa was depicted as apprehensive about the governor’s draft of a letter impugning Boylan’s credibility and attacking her as politically motivated.

“She told the Governor that she thought the letter would backfire, in part because the draft included information that was based on hearsay and secondhand sources and ‘it would be really hard to get anyone to sign it,'” the attorney general’s report states.

The attorney general says that the governor solicited input from “some of the folks on the team,” specifically requesting Kaplan’s feedback.

“According to Ms. DeRosa, Ms. Kaplan read the letter to the head of the advocacy group Times Up, and both of them allegedly suggested that, without the statements about Ms. Boylan’s interactions with male colleagues, the letter was fine,” the report states.

Those lines—confined to mostly a single paragraph of a 165-page report—caused shockwaves in the advocacy community, where Time’s Up is associated with efforts to hold powerful men accountable for allegations of sexual misconduct, not shield them.

The New York Times first reported Kaplan’s resignation from Time’s Up on Monday.

On top of serving as its chairwoman, Kaplan co-founded its legal defense fund. Neither she nor the organization immediately responded to emails requesting comment.

In a two-page letter to the group’s vice chair Nina Shaw, Kaplan does not mention Cuomo by name, but the reference to him is unmistakable.

“Unfortunately, recent events have made it clear that even our apparent allies in the fight to advance women can turn out to be abusers,” Kaplan wrote. “We have felt the raw, personal and profound pain of that betrayal. It has raised important questions about how and why Times Up does what it does, as well as demands on the part of advocates and staff for a kind of radical transparency.”

The letter describes some of the highlights of Kaplan’s career, including her representing Edie Windsor in the landmark marriage equality case and no fewer than three cases against former President Donald Trump. Kaplan has accused Trump of defaming E. Jean Carroll by denying that he raped her, and she represents anonymous victims of an alleged Trump family pyramid scheme who recently secured a key appellate court victory.

Now, Kaplan says, her professional duties have come into conflict with her commitment to Time’s Up.

“Simply put, the standards that apply to lawyers are different from and more stringent than ethical norms that apply to others and I believe those standards are essential not only for the profession as a whole, but also for the administration of justice,” her letter states. “As a result, I cannot offer the degree of transparency about my firm’s matters now being demanded since that would be contrary to my responsibilities as a lawyer. I therefore have reluctantly come to the conclusion that an active litigation practice is no longer compatible with serving on the Board at Times Up at this time and I hereby resign.”

Time’s Up argued the development showed they hold “ourselves accountable.”

“The events of the last week have made it clear that our process should be evaluated and we intend to do just that,” the president and board said in a statement. “We need more transparency about our vision of change-making, and we need a more inclusive process to engage the broader survivor community, many of whom have spent years doing the noble work of fighting for women. We admire those who have been on this front line for years by choice or by their own story. As an entire organization we are going to take time and evaluate how we best do this collectively or as individuals. We are working with our team on how we show up in this next phase of this work. We will seek engagement with survivor communities, allies and critics alike. And we will share our intentions.”

The group added that its legal defense fund is operated separately by the National Women’s Law Center, which “will continue its vital work to connect those who have experienced sexual harassment in the workplace.”

Update—Aug. 9 at 3:48 p.m.: This story has been  updated to add a statement from Time’s Up president and board of directors.

Read the two-page letter below: