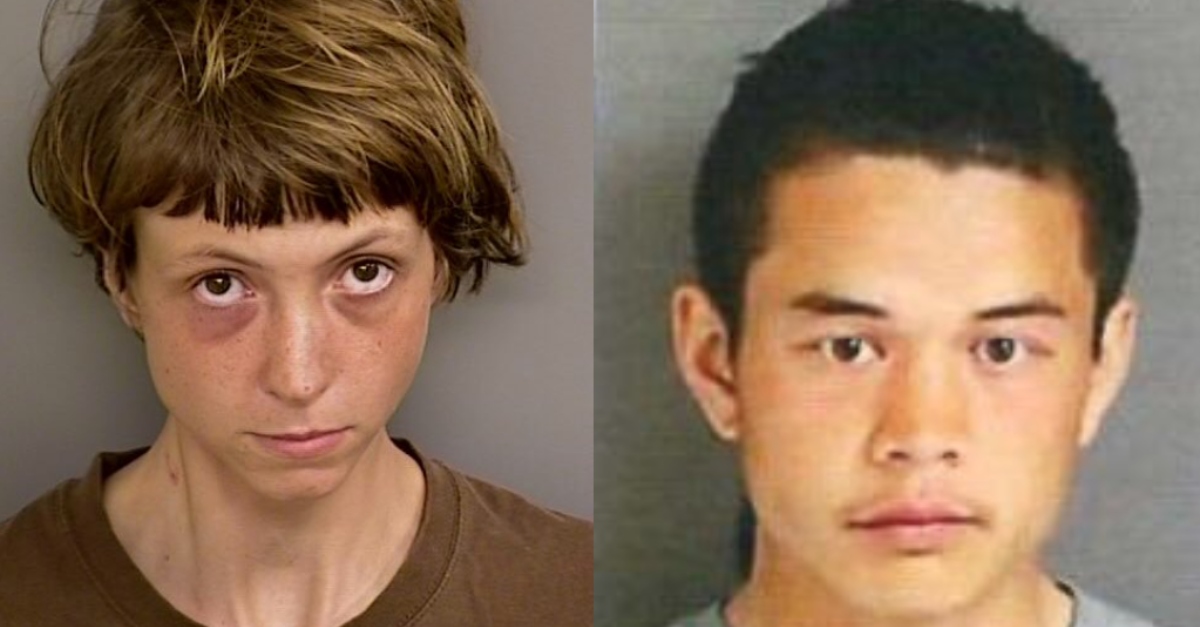 A couple has pleaded guilty to murdering a woman who invited them to her home. Caitlin “Rose” Crenshaw, 24, and Cody “Alex” Brandon Huynh, 24, accepted a plea bargain for charges of murder, conspiracy, robbery, and special enhancement for use of a deadly weapon, according to The Mercury News. They reportedly face at least 30 years in prison for killing Kimberly “Sky” Smith, 55, in Santa Cruz County, California.

Assistant District Attorney Conor McCormick voiced hope that the pleas would bring justice to the victim and her parents.

“Ultimately, I’m happy that this resolution both reflects the incredibly callous and violent acts that these two defendants committed against their daughter,” he said. “It obviously will not bring Sky back to them, but we hope that this will provide her family with the justice they deserve, as well as justice for Sky.”

Preliminary testimony established that Crenshaw and Huynh met Smith on March 23, 2020 while she was taking donations to a church. Sky invited the couple, who were transient, to her home for a shower and to leave the street, according to this reported version of events. She took them shopping even on the day they killed her, surveillance footage from March 31 showed. Crenshaw and Huynh ultimately stabbed Smith at home about 31 times in her head, neck, and torso. They stole Smith’s SUV, driving hundreds of miles to the southeast in San Bernardino County, where authorities found Crenshaw in the vehicle and Huynh in jail on an unrelated domestic dispute allegation.

Journals left behind at the victim’s home and SUV displayed murder fantasies, detectives reportedly testified. The fantasies included getting the trust of a stranger, stabbing the person in the jugular and heart, stealing from them, and living “happily ever after.” The couple gave different stories about their being with Smith, authorities said. For example, according to testimony, Crenshaw and Huyhn said they got mad at Smith for flaunting her money in front of them.

Attorneys for Crenshaw and Huyhn could not be immediately be reached for comment. In requesting higher bond and describing the couple as major flight risks, Assistant District Attorney McCormick noted that Huynh was out of compliance as a sex offender in Utah.

Crenshaw laughed twice at a preliminary hearing in February, according to The Santa Cruz Sentinel. She did it when a detective discussed receipts found in Smith’s SUV. Crenshaw laughed again when another investigator discussed a notebook titled “Happy Thoughts,” which contained “fairly dark and violent” entries. Judge Stephen Siegel chastised her.

“It’s not very becoming of someone who’s charged with murder,” he said.