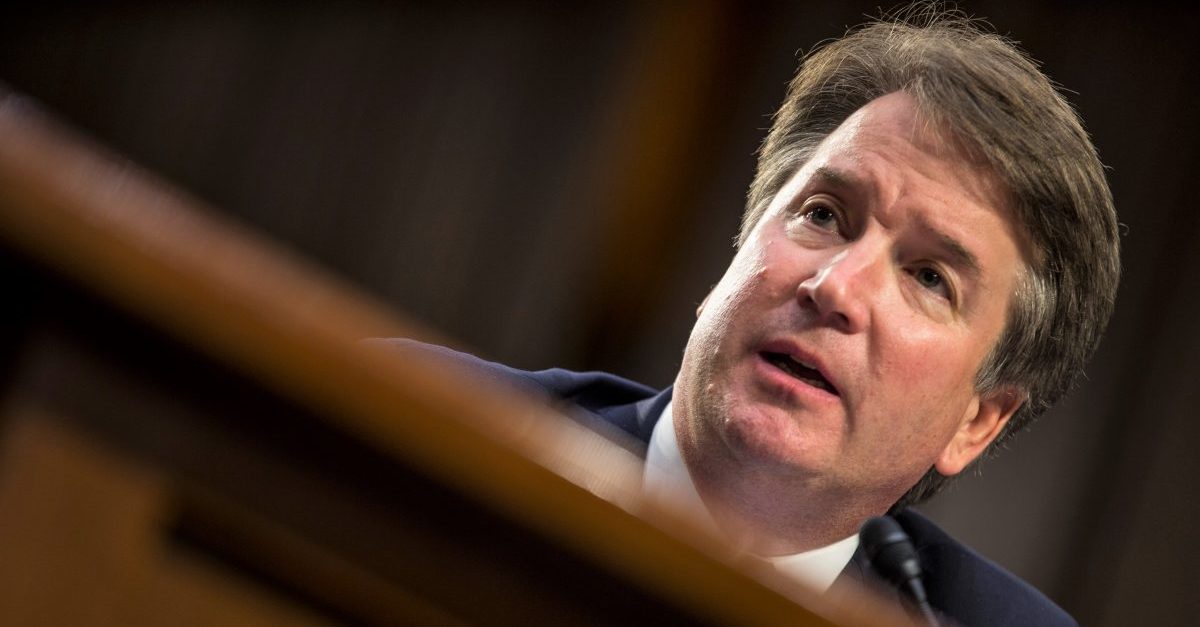 Attorney Michael Avenatti released a sworn affidavit from his client Julie Swetnick on Wednesday morning outlining those shocking allegations in detail. Moments after the affidavit was released on Twitter, commentators began remarking upon the charges contained therein.

The Washington Post‘s conservative blogger Jennifer Rubin took a mostly measured approach in response to the Avenatti bombshell and cast the Swetnick allegations as perhaps necessitating the need for an FBI investigation into Kavanaugh’s “drunkenness.”

De la Vega, who spent 21 years as a member of the Organized Crime Strike Force and as chief of the San Jose branch of the U.S. Attorney’s Office for the Northern District of California, disagreed with Rubin. She wrote:

As a former prosecutor, I disagree: We have ample info to know this is more than likely true. Ms.Swetnick, Dr. Blasey & Ms Ramirez are highly credible.Their acccounts are measured and corroborated by prior statements to others, BK’s speeches, yearbook & H.S. & college classmates. https://t.co/yAOUMDLair

In an interview with Law&Crime, de la Vega elaborated on the points raised in the tweet above.

“I think we have a lot of information that would enable us to assess the credibility of theses allegations. The question right now is not proof beyond a reasonable or even more likely than not,” she said, “The question is, ‘Is there a substantial basis to go forward with an investigation to reopen the background check, based on these allegations, into Brett Kavanaugh?’ The standard is based on what would happen with an FBI investigation. It’s a way of thinking about or assessing the allegations against him.”

We have three woman who have come forward–none of whom was eager to come forward–and each did so with considerable risk. And they have no reason to be lying about this. Their coming forward puts them at physical risk. You look at what they’re saying and what we know about Brett Kavanaugh at that time. Does it ring true? It does. Based on [Kavanaugh’s] own statements, based on the culture in and at the school at the time.

De la Vega then assessed Kavanaugh’s credibility, noting, “We have multiple entries in his yearbook–he was drunk–related to debauchery. Related to some sort of group attacks on women. That makes these statements ring true. And then we have these multiple statements, for example, ‘What happens at Georgetown Prep stays at Georgetown Prep,’ what he said on the bus in law school.”

Here, De la Vega is referencing a 2014 speech Kavanaugh gave to the Yale Law School Federalist Society in which he offered a permutation of the now-infamous Georgetown Prep line. Kavanaugh said, “What happens on the bus, stays on the bus.”

De la Vega continued, “Contrast that with his statements about being a light drinker at the time–that’s just not true. Multiple statements accuse him of being a heavy, heavy drinker. Like from his college roommate. Frequently incoherent. Engaged in drunken, juvenile, and not only juvenile, but assault-like behavior against women.”

As for the charges that Kavanaugh’s accusers are lacking evidence? De la Vega shot that down as well.

“Witness statements and testimony are one of the main forms of evidence in any legal manner,” she said. “It’s absurd do to suggest there has to be any kind of documentary of physical evidence to prove anything under the law. Juries are specifically instructed in that.”

During the end of our interview, De la Vega also expanded on her initial comments about corroborating the multiple alleged victims’ claims. Key to that, she insisted, was a recent statement by Mark Judge’s ex-girlfriend, Elizabeth Rasor, which appears to track in the main with the gang rape parties described in Swetnick’s sworn affidavit. She said:

The statement by Mark Judge’s ex-girlfriend is one of the most important pieces of corroboration. He told her, ashamed at the time, of this kind of gang rape or ‘train’–multiple men attacking, raping a drunk or incapacitated woman. And, of course the fact that he claims now not to have seen anything like this–or remember anything–is hardly persuasive given that he’s admitted he was a binge drinker who frequently blacked out at the time. He also has reason not to incriminate himself. He’s hardly an unbiased witness.