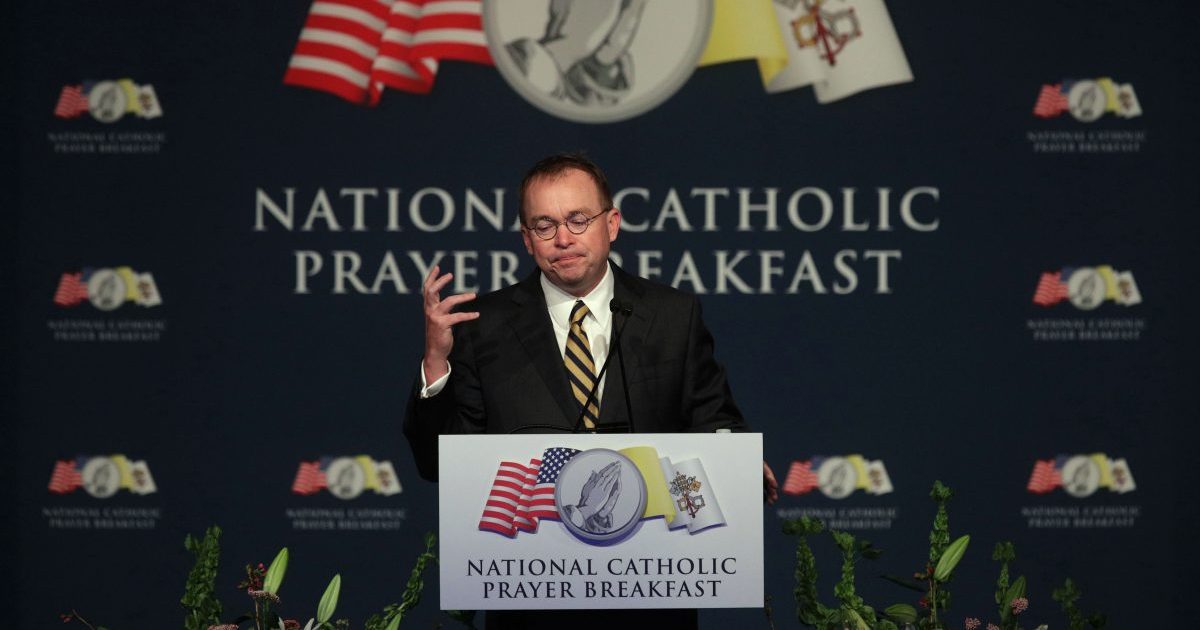 WASHINGTON, DC – APRIL 23: Director of the Office of Management and Budget and Acting White House Chief of Staff Mick Mulvaney.

On Monday morning, the White House Office of Management and Budget (OMB) submitted a regulatory filing proposing to change the method by which it determines the nation’s poverty threshold. At first glance this may appear to be a rather benign bureaucratic act, but the change could have an immediate and long lasting impact on those Americans in the most dire of economic straits.

Without further action from the administration to address America’s poverty problems, this proposed change, which could go into effect following a 45-day public comment period, appears to be nothing more than a roadblock aimed at preventing borderline-poor households from accessing federal assistance programs.

In short, the Administration’s proposal would change how inflation is calculated when producing the nation’s Official Poverty Measure (OPM).

According to the Institute for Research on Poverty, poverty in the United States is measured by comparing a person’s or family’s income against a set poverty threshold (the minimum income needed to cover essential needs). Those persons or families falling below the threshold are considered poor.  The OPM uses a formula based on three elements- income, threshold, and family- to estimate the percentage of Americans living in poverty, comparing pre-tax cash income against a threshold that is set at three-times the cost of a minimum food diet in 1963 and adjusted for family size.

Though the OPM may appear antiquated (and likely is when compared to the Supplemental Poverty Measure), the consequences of changing the calculating methodology could place a large number of Americans currently considered poor just outside of that definition. This is particularly consequential because where a person or family falls on the OPM scale (poor or not poor) is largely determinative of their eligibility for state and federal assistance programs such as SNAP and Medicaid.

Instead of overhauling and updating the OPM formula to be more representative of the actual poor population in America, the administration is proposing the government switch the inflation index rate used in the formula to the Chained Consumer Price Index (C-CPI). The C-CPI assumes that when prices for specific goods increase, consumers will automatically substitute less expensive items in their place. This would result in a slower rate of inflation in the price of consumer goods and thus bring down the overall poverty threshold. It is unclear at this point, how many American this could impact.

It should be noted that, as Bloomberg reports, the Obama administration did make a similar suggestion in a 2014, proposing to switch cost-of-living adjustments in Social Security and other retirement programs to the C-CPI before ultimately abandoning the idea in future budgets.