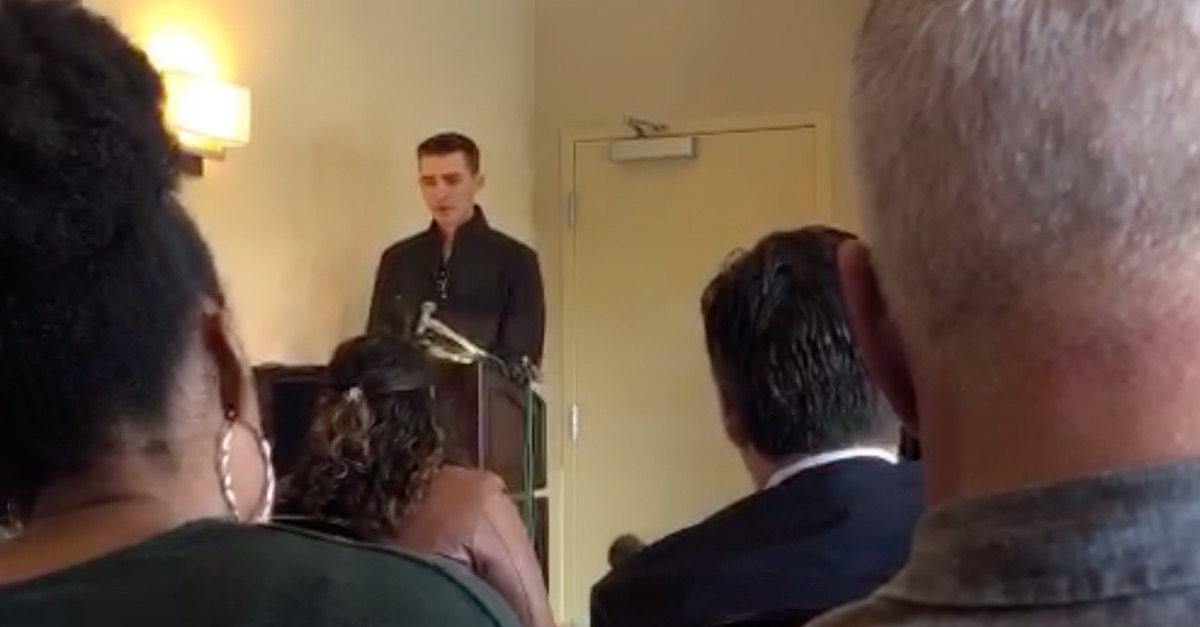 The Young Turks journalist Ken Klippenstein recently filed a Freedom of Information Act (FOIA) request for documents pertaining to Surefire Intelligence. The FBI, however, declined to provide those records, and the excuse used by the law enforcement agency to justify their denial suggests a criminal probe is currently underway.

“The FBI can neither confirm nor deny the existence of the specific records you seek as mere acknowledgment of such existence would trigger harm to the interests protected under FOIA Exemption (b)(7)(A),” the FOIA denial letter reads. “Acknowledging the existence or non-existence of records could reasonably be expected to interfere with law enforcement proceedings.”

According to the U.S. Department of Justice’s (DOJ) manual on FOIA exemptions, the (b)(7)(A) exemption protects from disclosure “records or information compiled for law enforcement purposes to the extent that the production of the information could reasonably be expected to interfere with enforcement proceedings.” This language, mirrored in the FBI’s denial letter, is also contained at 5 U.S.C. §552.

The DOJ also elaborates on what types of proceedings count for this:

Such proceedings have been held to include not only criminal actions, but civil actions and regulatory proceedings as well. They include “cases in which the agency has the initiative in bringing an enforcement action and those . . . in which it must be prepared to respond to a third party’s challenge.” Enforcement proceedings in state courts and foreign courts also qualify for Exemption 7(A) protection.

So, what might the FBI’s interest in Surefire Intelligence be? Take your pick.

During that crash-and-burn sideshow, Wohl and GOP fundraiser/attorney Jack Burkman gave a bizarre press conference which originally promised an accuser—who promptly never showed up. The would-be accuser turned out to be Carolyne Cass–a Los Angeles woman who claims to have paid Wohl some $2,000 in order to help her deal with “unscrupulous characters ripping me off.”

After that, however, Wohl allegedly ripped Cass off. After she paid for Surefire Intelligence’s alleged services, Cass says that Wohl performed no work whatsoever and instead offered her employment at Surefire.

Then there’s the Michael Avenatti connection.

The attorney was arrested last November on suspicion of domestic violence. That case eventually went nowhere as authorities determined Avenatti wouldn’t face any criminal charges over the alleged incident. Avenatti immediately smelled a rat and was quick to place the blame on Wohl’s outfit. And, for Wohl’s part, his “company” appeared to take credit for the whole ordeal in real time.

Finally, there could be an issue in the State of Minnesota.

In February, Wohl traveled to Minneapolis in a bid to stir up outrage against Democratic Rep. Ilhan Omar over a conspiracy regarding her marriage. In the process of this attempt, Wohl also allegedly faked death threats against himself and then submitted them to police, according to reporter Will Sommer.

“Funny,” Holt noted. “I got a similar response from the state of Minnesota.”