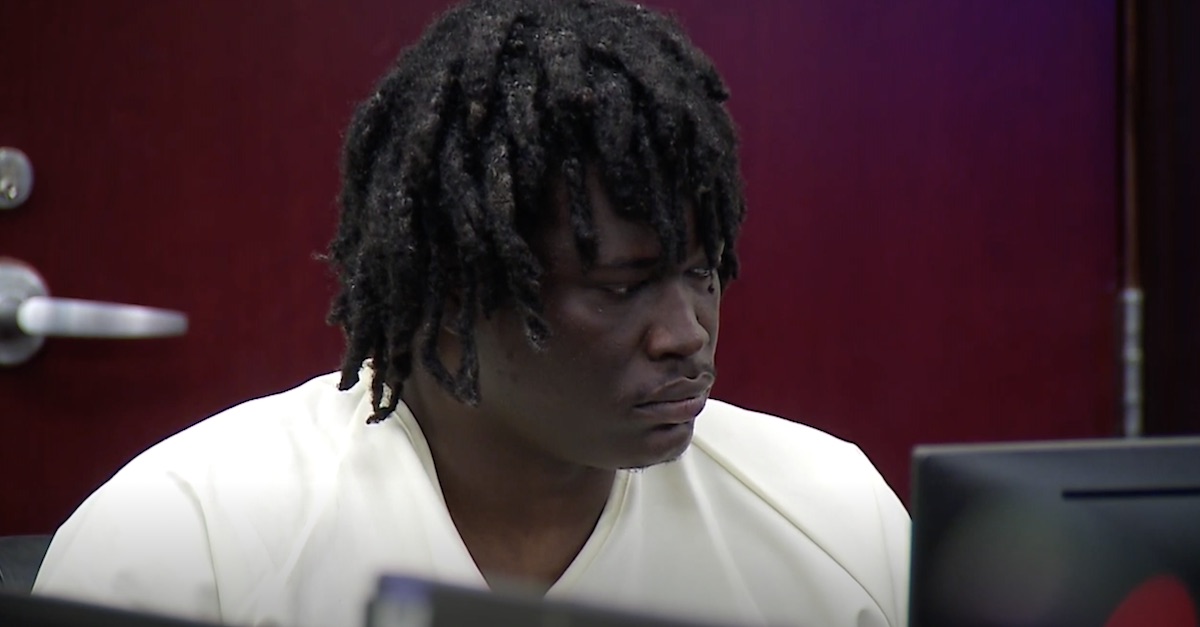 The unapologetic 27-year-old perpetrator of the 2017 shooting at the Burnette Chapel Church of Christ in Tennessee was sentenced on Tuesday to 291 years in prison, which will run consecutively to the life in prison without parole sentence he had already received in May. Emanuel Samson shot and killed a Bible-carrying Melanie Crow, 39, in the church parking lot and wounded seven others.

Samson “had no visible reaction” during victim impact statements and did not offer an apology, the Nashville Tennessean reported. Samson’s attorney explained his silence by saying that her client had “incredible stage fright.” Nonetheless, she said, he wanted to apologize. All told, Samson was sentenced for first-degree murder and 42 other charges.

Judge Cheryl Blackburn minced no words after hearing victims describe the trauma they suffered and continue to suffer.

“This was a mass murder,” Judge Blackburn said. “This was terrorism.”

Samson was a former congregant at the church. Armed with two pistols, he “began indiscriminately shooting” at churchgoers before being confronted by church usher Robert Engle. This caused Samson to accidentally shoot himself.

Engle was one of the victims who spoke about that day at sentencing. Despite Engle’s deep suffering, and despite his acknowledgment that “this is something that just will not ever go away,” he still mustered the fortitude to forgive Samson.

During opening statements, prosecutors said Samson left a note in his car that said as follows: “Dylann Roof is less than nothing, the blood that 10 of your kind will shed is that of the color of the RBG flag (in terms of vengence). One up b****.” This was a reference to the 2015 Charleston church shooting; nine black churchgoers were killed by a virulent racist.

Prosecutors in the Samson case said that the convicted murderer went to the Burnette Chapel Church of Christ “with the intent to murder a minimum of 10 white churchgoers.”