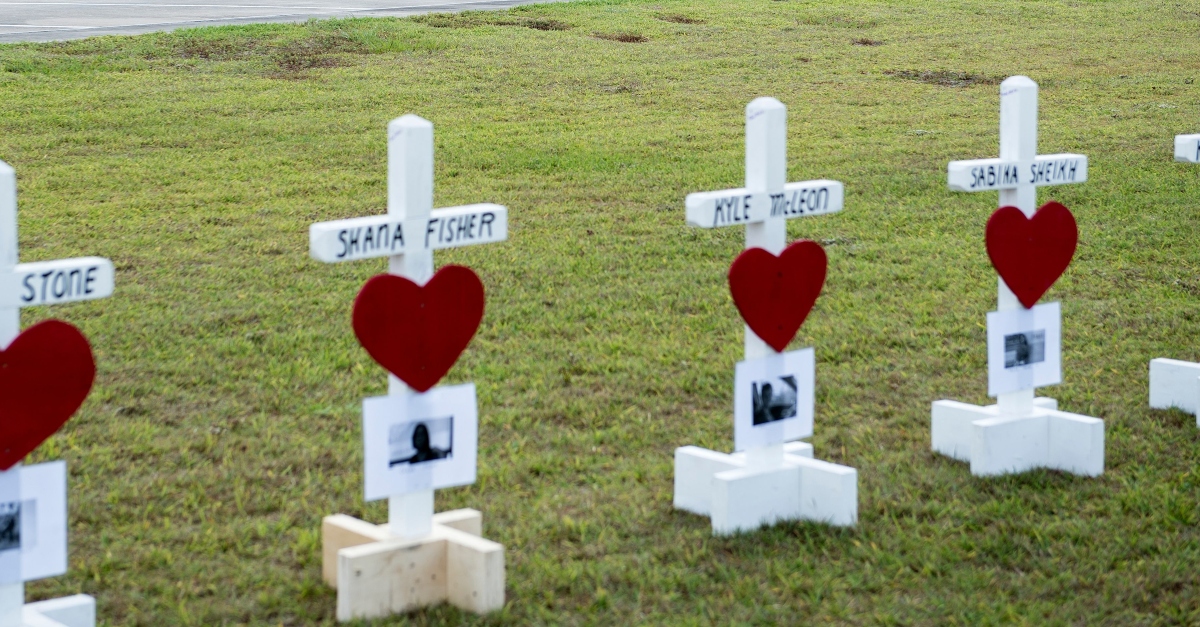 A “substitute teacher” told multiple outlets last year about witnessing the Santa Fe High School mass shooting in May 2018, but that turns out to have been an apparent hoax. David Briscoe never actually worked for the Santa Fe Independent School District, according to a new report from The Texas Tribune.

“We are extremely disappointed that an individual that has never been a part of our school community would represent themselves as a survivor of the mass violence tragedy that our community endured,” said Santa Fe ISD Superintendent Leigh Wall. “This situation illustrates how easily misinformation can be created and circulated, especially when the amount of detailed information available is limited due to the still ongoing investigation.”

Multiple outlets at the time reported the account of a “David Briscoe.” He claimed to have been in the school during the shooting, helped his students stay safe, and to have heard screams from the hallway.

That story started falling apart after an individual from the Twitter account “@daviddbriscoe” reached out to the outlet for an interview in April, according to The Tribune. There was a 31-minute interview, and described his purported experience involving his remedial English class. But it didn’t stand up to scrutiny.

The school district said a David Briscoe never worked for them. Lt. James Roy of the Galveston County Sheriff’s Office said the shooting was limited to the art rooms, and there were no English classes on that side of the school.

The Twitter account in question did not immediately respond to a Law&Crime request for comment. According to the Tribune, reporter Alexandra Samuels followed up for fact-checking in May, but @daviddbriscoe wrote back, saying he didn’t know what she was talking about.