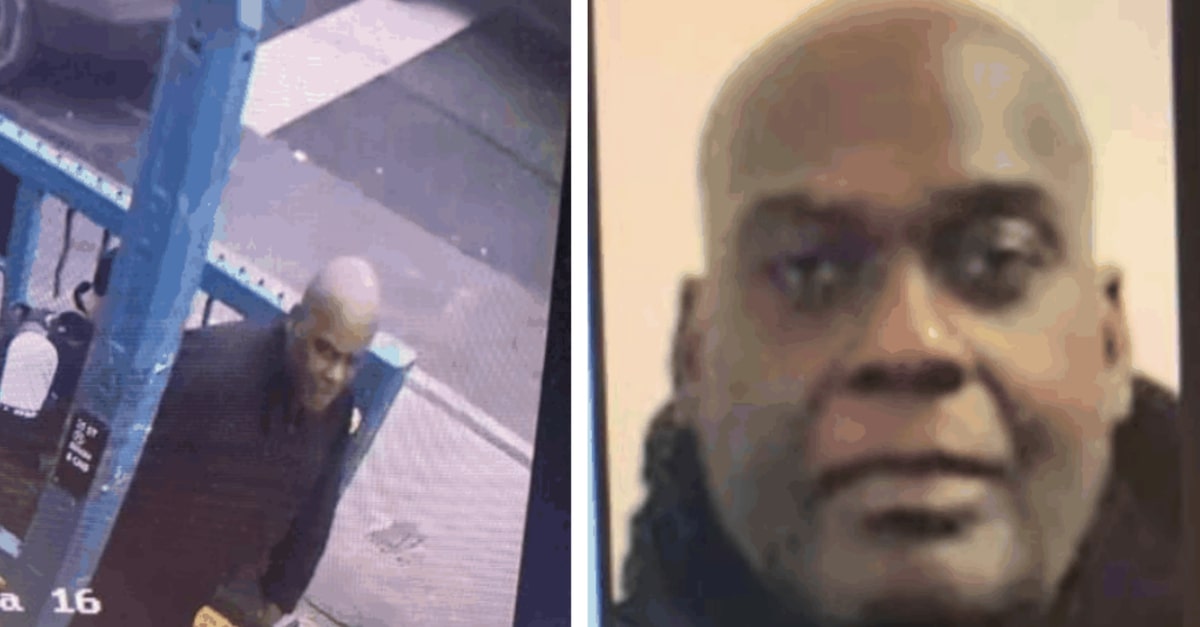 Photos of Frank James included in an FBI affidavit charging him with the Brooklyn subway shooting.

Accused New York City subway shooter Frank Robert James did not oppose the government’s request to keep him in jail pending trial during a court appearance Thursday, his first hearing after being charged under a federal anti-terrorism statute. His defense counsel left open the possibility of a future bail application.

Asked by the prosecutor to state the reasons for his detention, U.S. Magistrate Judge Roanne L. Mann noted: “I think the complaint speaks for itself.”

In the early morning on Tuesday, panic broke out on the New York City subway after riders reported gunshots and smoke on an N subway train located at 36th Street in Brooklyn. Authorities say that 23 people were injured, and a manhunt ensued leading to James’s arrest on Wednesday.

Summarizing the melee in a minutes-long proceeding, Assistant U.S. Attorney Sara K. Winik told the judge: “The defendant, terrifyingly, opened fire on passengers on a crowded subway train, interrupting their morning commute in a way this City hasn’t seen in more than 20 years.”

“The defendant’s attack was premeditated,” she continued. “It was carefully planned, and it caused terror among the victims and our entire city. The defendant’s mere presence outside federal custody presents a serious risk of danger to the community and he should be detained pending trial.”

“The day before the shooting, the defendant picked up a U-Haul in Philadelphia, Pennsylvania, which he drove over the Verrazzano-Narrows Bridge and into Brooklyn in the early morning hours of April 12,” the letter states. “The defendant came to Brooklyn prepared with all of the weapons and tools he needed to carry out the mass attack: a Glock 17 pistol that the defendant had purchased, a container containing gasoline, a torch, and fireworks with explosive powder. All were later found on the platform at the 36th Street and 4th Avenue subway station.”

The FBI says that it amassed a wealth of evidence pointing to James, including the gun, fireworks, surveillance footage, and YouTube rants apparently suggesting a motive.

“Searches of the scene of the attack revealed two bags, both of which were recovered from the scene,” FBI agent Jorge Alvarez wrote in a 10-page affidavit. “The first bag contained, among other items, a firearm, a plastic container containing gasoline, a torch, a U-Haul key, and multiple bank cards. The firearm was a Glock 17 pistol manufactured in Austria.”

Prosecutors say that marks over the serial number appeared to show an attempt to deface it. 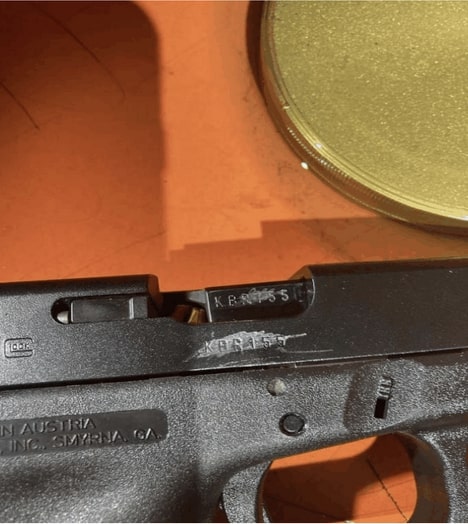 Authorities believe that James bought the gun lawfully in Ohio, despite reportedly having a lengthy criminal history. The New York City Police Department reportedly said that James had nine prior arrests between 1992 and 1998, including possession of burglary tools, criminal sex acts, and theft of service, and New Jersey authorities said he had three arrests and charges there, including petit larceny and disorderly conduct in 2007 and trespassing in 1992, according to WNBC.

Through mostly lower-level offenses, prosecutors said, they collectively paint a portrait of a man who disrespects lawful authority.

“Before committing this offense, the defendant had been arrested nearly a dozen times in at least two states over nearly 30 years for a variety of mostly low-level crimes,” the letter states. “Among other crimes, the defendant was convicted of reckless endangerment, trespassing, larceny, criminal tampering, and disorderly conduct. Individually these offenses could be seen as unremarkable, but taken together they paint a picture of a person with a penchant for defying authority and who is unwilling to conform his conduct to the law.”

In the second bag, the FBI said, they found fireworks with explosives designed to spew black powder. Prosecutors say that those were purchased with a debit card in James’s name.

If released, prosecutors argue, James would have every incentive to flee and little to deter him from it.

“He has no permanent address, appears to live or have lived recently in multiple states, and has no long-term ties to New York City,” the letter seeking his detention notes. “The defendant also took steps to avoid capture: He wore a disguise when committing the subway attack and then fled the scene, leaving his cell phone and other identifying documents behind.”

Read the government’s letter, below.