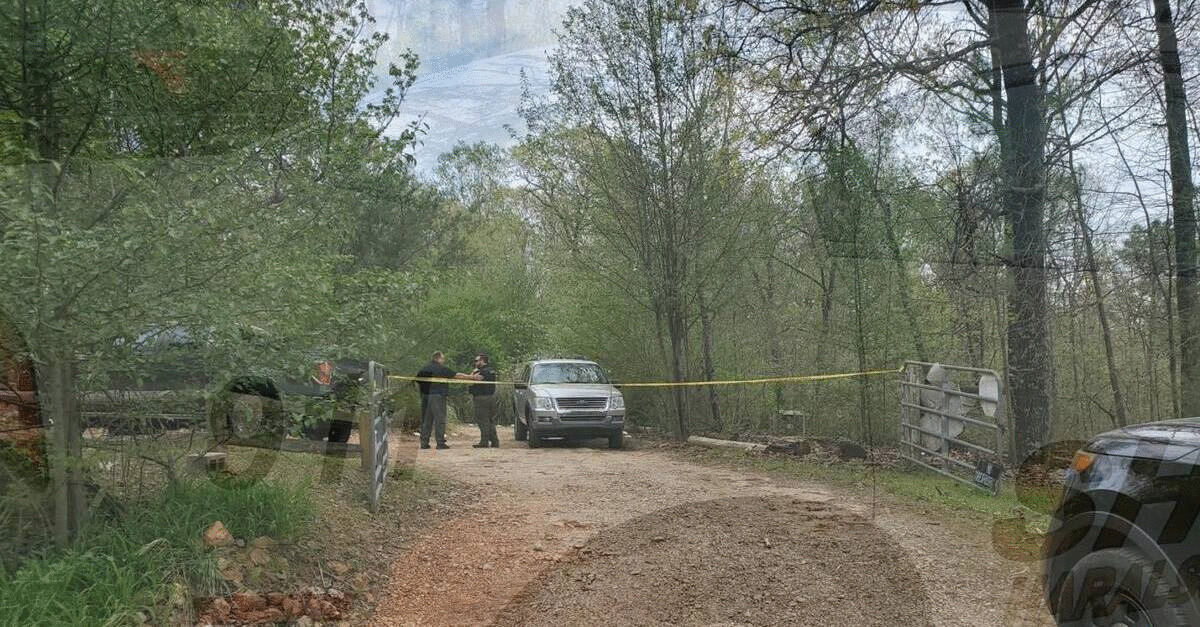 Four children in Georgia are now without parents after a murder-suicide in which their father is believed to have killed their mother before killing himself.

Johnny Franklin Brown II, 36, and his wife, 35-year-old Christa Lee Brown, were estranged prior to the Wednesday afternoon shooting, according to Atlanta ABC affiliate WSB-TV.

Authorities responded to the incident at a home in Waco, Ga. after a minor called 911 to say she overheard her father threatening to shoot her mother just before 1:00 p.m. on Wed., April 13. According to Haralson County Sheriff’s deputies, an investigation showed that the father’s threat was carried out. Multiple shots were reportedly heard outside of the residence by the girl, but it was already far too late by the time deputies arrived on the scene.

The Browns were discovered unresponsive and declared dead after law enforcement gained entry to the home on Beaver Run Road.

Citing “witness testimony,” law enforcement officers say the since-deceased husband shot and killed his wife before turning his gun on himself.

“Murder suicides are one of the hardest for us to work in that there are no real answers as to the why,” Haralson County Sheriff Stacy Williams said in a statement. “Tonight, two families are grieving, and four children have lost both parents in this horrible traumatic incident. Please join me in praying for these children and these families.”

The HCSO described the location as “a contained crime scene” and said the state’s Department of Family and Children Service “was made aware” of the minor children’s familial status. Two of the four since-orphaned children are minors and they are currently living with a former foster parent, according to the sheriff’s office.

The two minors were reportedly inside of the house at the time of the violence, according to Atlanta NBC affiliate WXIA.

“We ask that you keep these families in your thoughts and prayers over the next few days as they deal with this loss,” the HCSO asked.

Details about the presumed motive for the killing are currently scarce.

The HCSO offered some initial information about the shootings via social media on April 13, 2022 in the immediate aftermath:

The Haralson County Sheriff’s Office is on the scene of an apparent murder suicide on Beaver Run Road in Waco. This is an active investigation, no other information will be released right now. pic.twitter.com/CUY30gchft

The State of Georgia offers specific resources for survivors of murder-suicides.

“The Georgia Commission on Family Violence provides support, resources, and referrals to survivors of domestic violence murder-suicide in Georgia,” a government website dedicated to such support notes. “In addition, we provide training, technical assistance, and resources to communities and constituents for the purpose of strategically implementing innovative systematic changes based on the findings and recommendations of the project.”

Numerous murder-suicides have occurred across the country over the course of the COVID-19 pandemic.