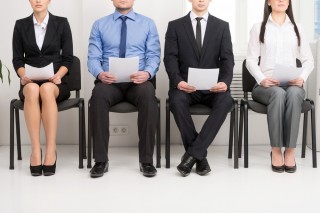 Massachusetts is trying to close the gender wage gap with a new law that requires equal pay for men and women for similar work, allows employees to freely discuss how much they get paid, and, most interestingly, prohibits employers from demanding an applicant’s salary history during the recruitment and hiring process.

At first glance, this seems like a groundbreaking new measure that will put an end to a practice that causes job applicants discomfort, and potentially keeps men and women on separate paths. By basing a new hire’s salary on what they were making before, a woman who was earning less than a man would likely continue to do so if her new compensation was based on her history.

Women aren’t the only ones affected by the pay history question. Friends of mine — men and women — have long complained of this practice, saying that they feel like they can only advance so far when their worth is being determined by what they made at previous, often lower level positions.

But here’s the thing: the law may sound great at first, but in the long run, it could do more harm than good.

Asking for pay history can provide employers with valuable information about the current state of the market. If a company is adding a new position and they planned on paying a certain amount, only to find out that applicants are already making significantly more, they might have to reevaluate. This data could lead to the company offering a higher salary for the position, or determining to hold off on hiring anyone for the time being. There’s more at play here than just keeping workers in their place. By forbidding employers from asking for this information, they could potentially end up paying people less, not more.

The pay history section of the new law also seems redundant, in that its aim is supposedly to prevent unequal pay for men and women, but the rest of the law flat out says that employers aren’t allowed to do that anyway. The general prohibition against gender-discriminatory pay practices seems a lot stronger than the law against asking about someone’s history.

Most importantly, though, is that there are so many ways around this. Fine, so an employer can’t require you to tell them how much you made at your last job, but they still don’t have to tell you how much the job pays before they make an offer. Not only that, they can still ask you how much you’re looking for, which most job seekers would agree is a much trickier question. Prospective employees don’t want to sell themselves short by giving an amount less than what the company was expecting, but they don’t want to price themselves out by demanding too much. Telling a company how much you currently make or previously made doesn’t prevent you from negotiating later.

So what you really have here is a law that won’t do much for its intended purpose, that has plenty of loopholes, and that could actually hurt the marketplace. While it’s being offered as an end to unfair hiring practices, in the end I don’t think it’s worth as much as it seems.