Sheriff’s Deputy Remains on the Force After Using Racial Slur, Begging Police Officer Not to Arrest Him for DUI (WATCH) 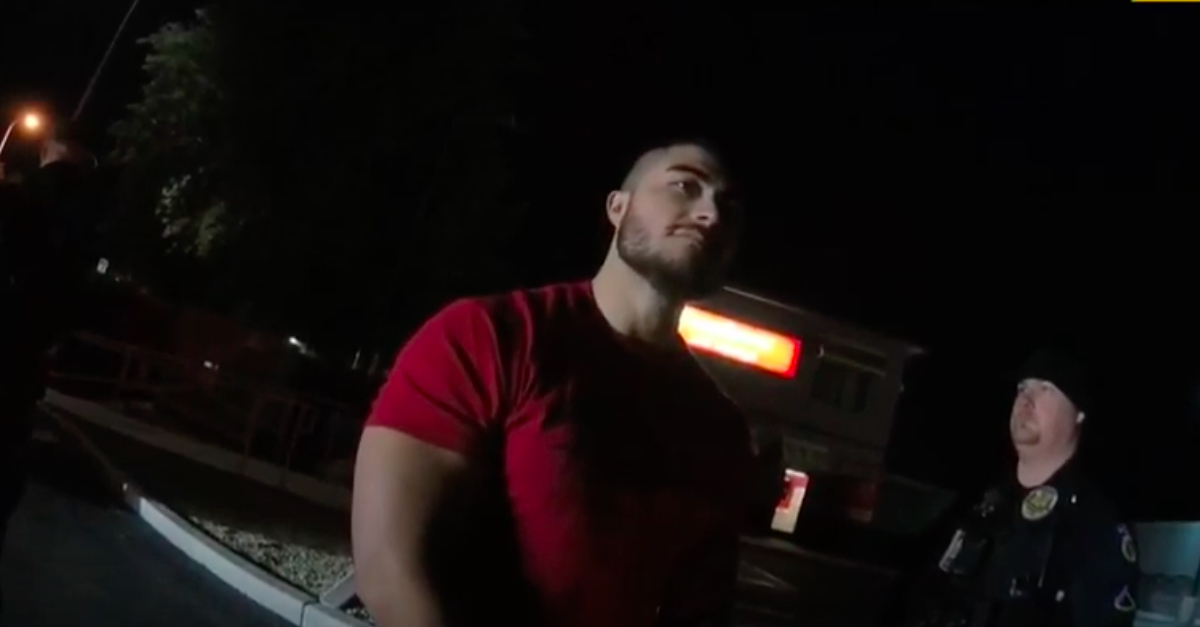 A sheriff’s deputy in Pinal County, Arizona was captured on film using a racial slur and repeatedly begging police officers not to “ruin” his career by arresting him after he was pulled over on suspicion that he was driving under the influence of alcohol, newly released body camera footage obtained by Phoenix NBC affiliate KPNX-TV shows.

Navarrette tells the officers that he’s had “just a couple of drinks” and flashes his badge before he’s asked to step out of the vehicle.

Slurring most of his words, Navarrette then pleads with the officer to let him off the hook.

“But you’ve been drinking, dude. And you were driving,” the officer says to Navarrette.

“Yeah, but I’m also a police officer,” he responds.

“It doesn’t matter if you’re an officer or not,” the officer says.

“You don’t think that’s gonna put mine at risk if I don’t do this?” the officer asks.

Navarrette then requests that he be allowed to put another person behind the wheel.

“Dude, I understand. But can I maybe someone else put like behind the real,” he says — then corrects himself and repeats, “behind the wheel.”

An increasingly frustrated Navarrette then curses:  “Don’t put my fucking career at risk.”

In another exchange with an officer, Navarrette utters a racial slur.

“Dude, first of all, watch your mouth,” the officer says in response.

According to KPNX, officers administered a breathalyzer test and Navarrette blew a .121. The legal limit for people over the age of 21 in Arizona is a blood alcohol concentration of .08.

Back at the station, Navarrette tells the arresting officer that he could’ve just let him park the car and there would be “no report” to fill out.

“The fact that you’re telling me that, tells me you shouldn’t be an officer,” the officer says in response.

Despite his concerns, Navarrette’s career was not ruined. A spokesperson for the sheriff’s office told KPNX that Navarrette was put on modified duty following the incident — meaning he could not drive a sheriff’s vehicle on his own — but has since returned to regular duty. However, the sheriff’s office did confirm that he was “currently the subject of an internal investigation” in connection with the incident.