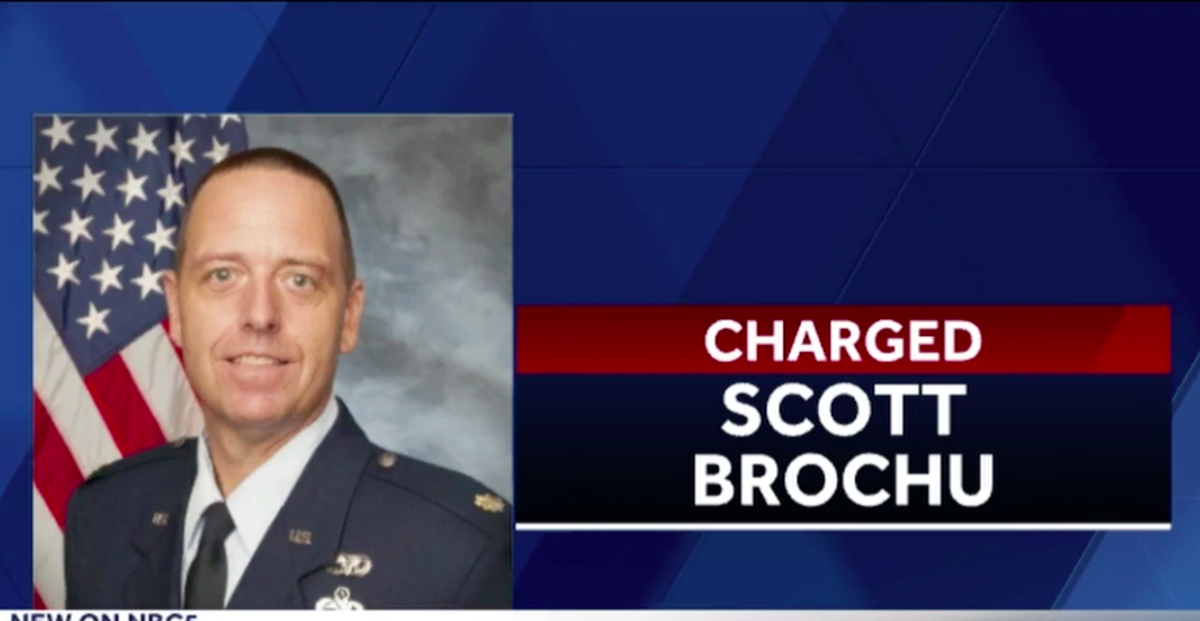 The Office of the United States Attorney for the District of Vermont announced Friday that a senior officer with the Vermont National Guard was charged with unlawfully possessing and transporting child pornography.

Scott Brochu, 47, a 27-year National Guard veteran, was arrested Friday morning near his residence in Essex, Vermont, and pleaded not guilty during his arraignment in federal court in the afternoon.

According to a statement from the Justice Department, Brochu’s arrest was the result of a joint operation conducted by Vermont’s Internet Crimes Against Children Task and Homeland Security Investigations in May.

An affidavit in support of a search warrant in the case was unsealed Friday afternoon according to reports from VT Digger. The affidavit, which was filed by Department of Homeland Security Special Agent Michael McCullagh, states that the National Center for Missing and Exploited Children received a tip pertaining to an image of suspected child pornography which had been “unloaded or viewed” in February from a specific IP address. The image was described in the affidavit as being of a prepubescent girl.

After serving Comcast with a subpoena in April, federal authorities were able to trace the aforementioned IP address to an account belonging to Brochu.

According to the affidavit, “The Air Force Office of Special Investigations was contacted and confirmed [Brochu] was a full-time technician, working in South Burlington, Vermont.”

In a statement to NBC 5 News on Friday, the Vermont National Guard said, “Maj. Scott Brochu was arrested on June 21, 2019 and The Department of Homeland Security is leading the investigation. The Vermont National Guard will support the investigating officials as they require. We hold our service members to a high standard. Any action by our service members that violates the law, breaks the trust that citizens place on our organization and will not be tolerated.”