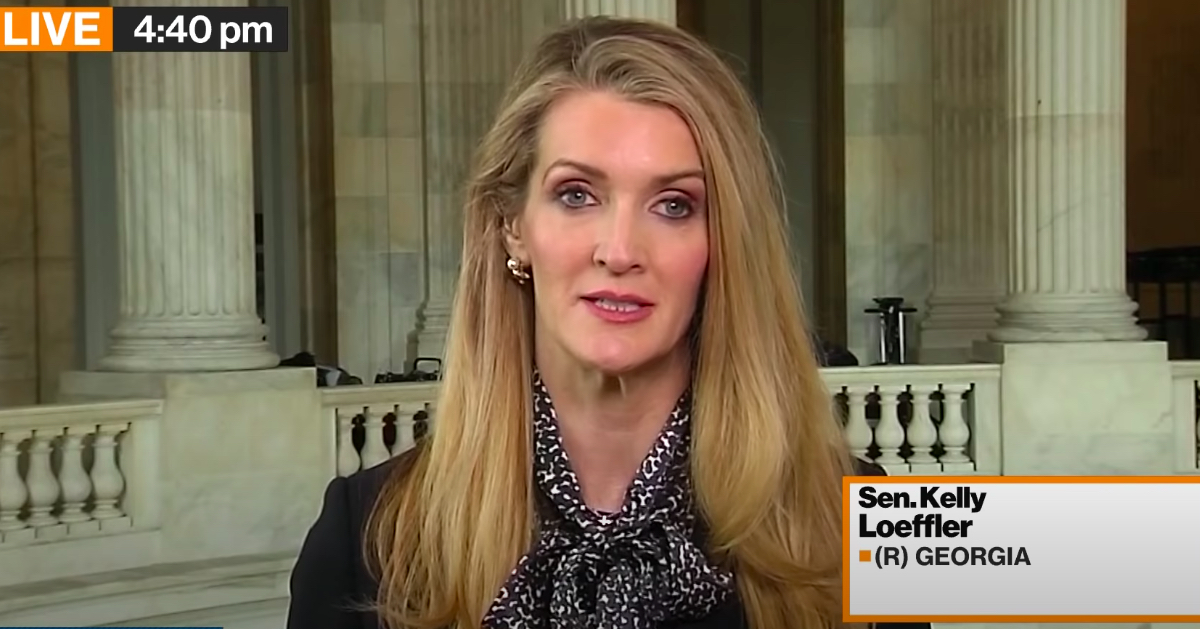 Following her appointment to the U.S. Senate by Gov. Brian Kemp (R) in December, Kelly Loeffler (R), then an executive at the New York Stock Exchange’s parent company, received stock and other parting awards worth more than $9 million, the New York Times reported Wednesday. The company, Intercontinental Exchange, which was founded by her husband Jeffrey C. Sprecher, provided the lucrative exit compensation on top of Loeffler’s normal 2019 salary and bonus of approximately $3.5 million.

Sprecher is currently the chairman and CEO of Intercontinental Exchange as well as chairman of the New York Stock Exchange.

According to the report, Loeffler’s windfall came in the form of shares, stock options, and other instruments that had been given to Loeffler on the condition that she remain with the company, but Intercontinental Exchange amended the terms of her employment contract, enabling her to retain them.

“The largest component — which the company had previously valued at about $7.8 million — was a stake in an Intercontinental Exchange subsidiary that Ms. Loeffler had been running,” the report stated.

While there is nothing illegal about Loeffler receiving the generous distribution from her former employer, some have noted that what is legal is sometimes news in itself.

Others, compensation experts included, said the money appeared to have no clear business purpose–but could be seen as a kind of soft corruption.

“From a corporate governance perspective, large payments to executives are appropriate only if they serve an adequate corporate purpose,” Lucian A. Bebchuk, the director of the Program on Corporate Governance at Harvard Law School, told the Times. He also said that Intercontinental Exchange’s shareholders “should not view this arrangement to have been on the up-and-up.”

Brian T. Foley, the managing director of a New York-based executive compensation consulting firm also old the Times, “It looks, feels, and has the sweet aroma of a pure windfall.”

A Loeffler spokesman said the report amounted to little more than another attack by the liberal media.

“Kelly left millions in equity compensation behind to serve in public office to protect freedom, conservative values and economic opportunity for all Georgians,” said Stephen Lawson. “The obsession of the liberal media and career politicians with her success shows their bias against private sector opportunity in favor of big government.”

It should be noted that the $9 million award undercuts the strength of the claim that Loeffler left millions of dollars on the table to serve in public office. A spokesman for Intercontinental Exchange said Loeffler’s exit package was a reflection of her contribution to the company.

Loeffler – who is already the wealthiest member of Congress – has seen that wealth heavily scrutinized following reports that she sold off millions of dollars in stock after a classified coronavirus briefing just weeks before the pandemic caused markets to crash.