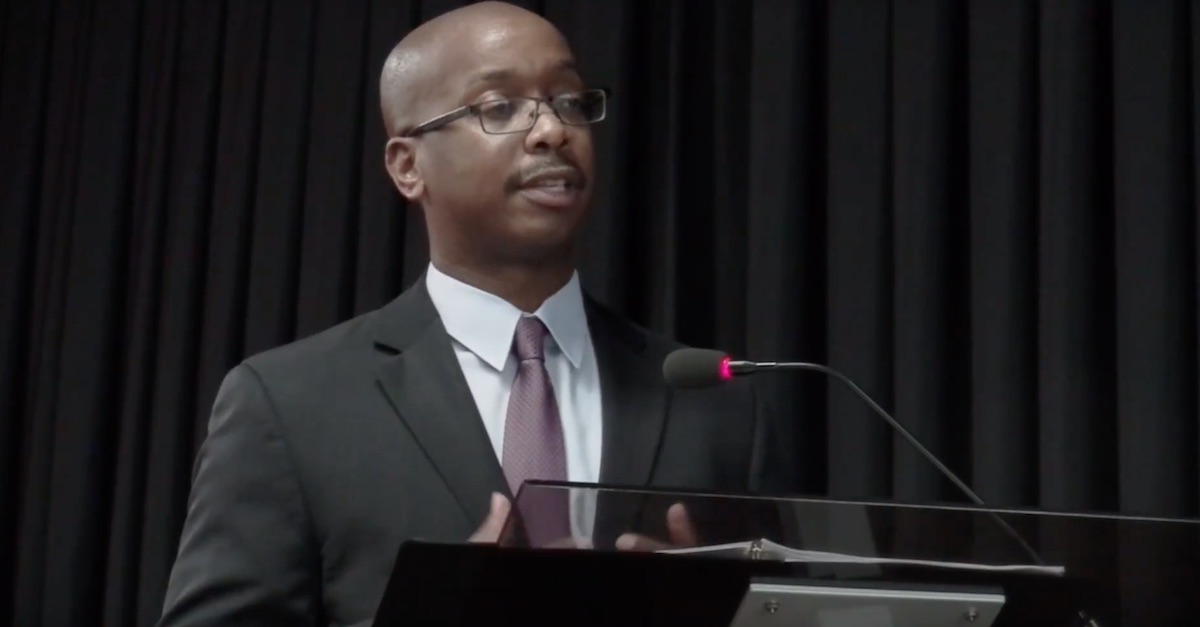 The U.S. District judge who called for an emergency conference call after President Donald Trump tweeted something about the 2020 Census that “directly contradicted the position” Department of Justice attorneys put forth a day before has denied DOJ attorneys’ motion to withdraw from the case.

Judge George Hazel on Wednesday said that while he is “inclined to ultimately permit the withdrawal, under the unique circumstances of this request, more specific assurances will first need to be provided.” Hazel said that he “cannot fathom how it would be possible, at this juncture, for a wholesale change in Defendants’ representation not to have some impact on the orderly resolution of these proceedings unless Defendants provide assurance of an orderly transition between the withdrawing attorneys and new counsel.”

“This requires more than just the effort of the new DOJ team, but the involvement and availability of the withdrawing attorneys,” he continued. “Thus, the Defendants need to provide specific assurances to the Court that one or more of the withdrawing attorneys are remaining available to the new DOJ team, as necessary, or provide detailed reasoning for why such an arrangement is untenable.”

Hazel noted that it is well within the authority of the U.S. Attorney General to decide which lawyers to put on a case, but emphasized that this does not mean everything argued up to this point will be forgotten.

“But Defendants must realize that a change in counsel does not create a clean slate for a party to proceed as if prior representations made to the Court were not in fact made,” Hazel continued. “A new DOJ team will need to be prepared to address these, and other, previous representations made by the withdrawing attorneys at the appropriate juncture.”

As a result, Hazel denied the motion to withdraw for nine attorneys without prejudice, meaning they can try again. Hazel said that he wants the next motion to include “details of measures being taken to ensure an orderly transition between counsel; specifically, the motion should explain how the withdrawing attorneys are assisting in the transition and the manner in which they will remain available, if necessary, to ensure Defendants’ compliance with the Court’s deadlines.”

“Upon receipt of a renewed motion addressing the Court’s concern, the Court will permit the withdrawal,” he said.

This happens one day after Hazel’s fellow Barack Obama-appointed federal judge, Jesse Furman, decided to deny DOJ attorneys’ motion to withdraw from the Census case (that one in the Southern District of New York).

“The Court shares the concerns articulated in Judge Furman’s well-reasoned order denying Defendants’ parallel motion in the related New York case that a shift in counsel at this late stage may be disruptive to an already complicated and expedited case,” the judge wrote. “But, unlike the local rules in the Southern District of New York, the local rules in this District do not include a requirement that attorneys provide ‘satisfactory reasons for withdrawal.'”