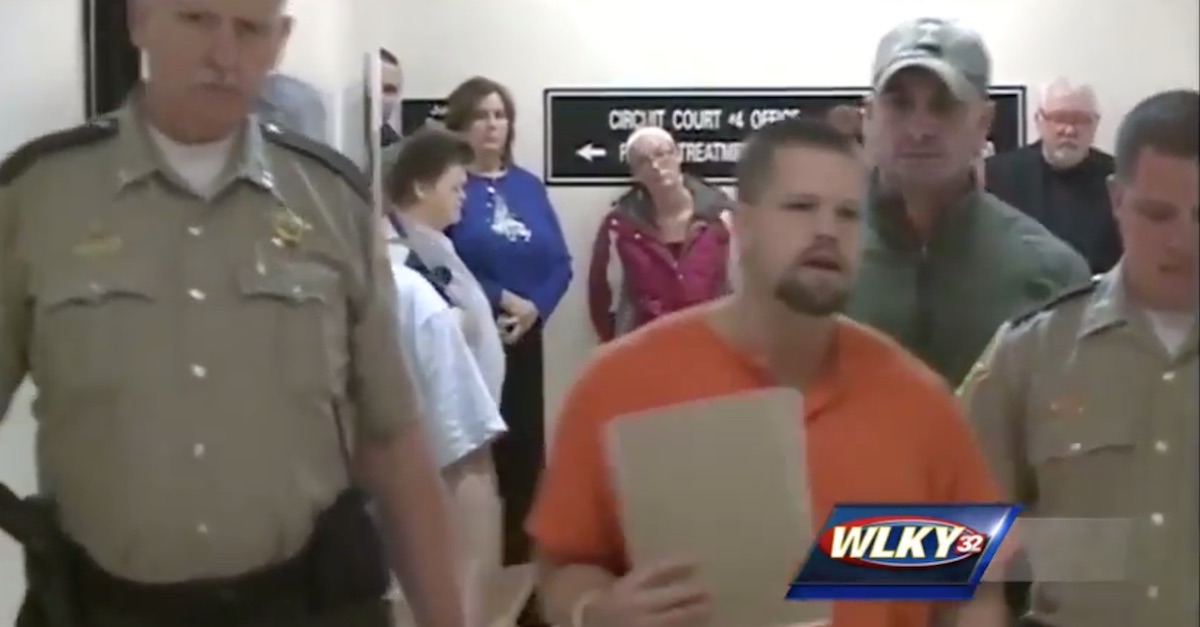 While the prosecution’s opening statements on Wednesday in an Indiana cannibal killer trial did not shy away from gory details on Wednesday, defense attorneys saw fit to warn jurors that the evidence of the case would get even worse.

Joseph Oberhansley, 38, is on trial for the September 11, 2014 alleged rape and murder of Tammy Jo Blanton, his ex-girlfriend, in her home. Oberhansley allegedly stalked and killed Blanton days after she broke up with him, “butchered” her and ate parts of her heart and brain. If convicted, Oberhansley will spend the rest of his life behind bars.

Clark County Prosecutor Jeremy Mull said that what was done to Blanton wouldn’t have been done to livestock, the Louisville Courier Journal reported.

“Joseph Oberhansley butchered Tammy Blanton like you wouldn’t kill a livestock animal,” Mull said. “But this lady died with dignity.”

The prosecutor noted that Oberhansley himself described to police how Blanton reacted to him kicking down a bathroom door.

“Truth be told, she really wasn’t all that scared, surprisingly. Like she knew [she was going to die], you know what I mean?” Oberhansley allegedly told police during an interview.

Oberhansley was tied to the murder after cops discovered a folding knife in his back pocket, covered in what seemed to be hair and blood, investigators have said. Blanton was stabbed numerous times. Oberhansley had previously been convicted in the 1998 shooting death of 17-year-old Sabrina Elder, his girlfriend and mother of his son. Prosecutors said he even shot his mother in the incident. After that, he reportedly shot himself in the chin, but survived even though the bullet made it to his frontal lobe.

After his release from prison in 2012, Oberhansley popped up on police radar in other criminal cases, culminating in the Blanton murder. He claimed two other men killed his ex. Friends said Blanton was afraid in the days ahead of her death. Oberhansley also reportedly claimed during the police interview that he thought Blanton could hear his thoughts and was going to kill him.

The state and defense played tug of war over the competency issue for a while, pushing back the scheduled trial. But the death penalty was taken off the table in this case after the defense agreed not to pursue an insanity defense.

After the prosecution concluded its opening statements, the defense told jurors it was “sorry” that jurors had to see and hear evidence that was worse than the prosecution had just described.

“Her chest had been cut open. The heart was removed. The heart was eaten,” attorney Bart Betteau said. “I’m sorry that I have to go over this, but that’s what the evidence is.” Betteau warned that the photo evidence and the testimony jurors would have to listen to would be horrific.