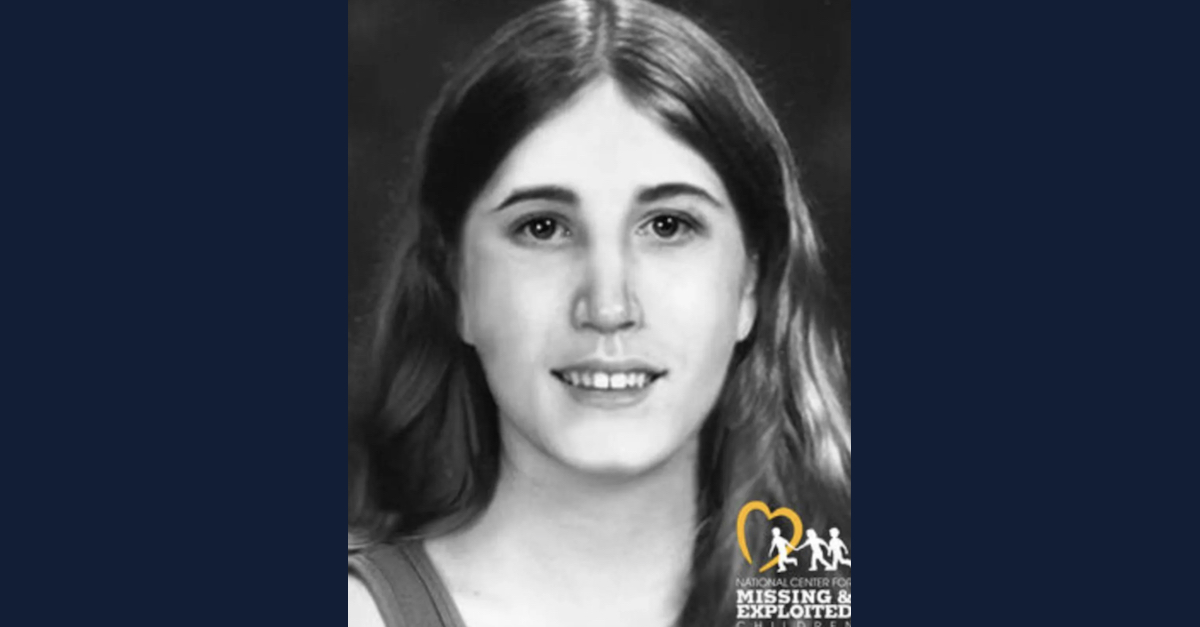 Nancy Carol Fitzgerald was just 16 years old when she disappeared the day after Easter Sunday in 1972. Now, over 50 years later, authorities believe her remains have been recovered.

According to the Monmouth County Prosecutor’s Office, skeletal remains first discovered near the Henry Hudson Bike Trail in the borough of Atlantic Highlands in 1988 were recently re-tested and have been positively identified as belonging to Fitzgerald.

“Today’s announcement marks the culmination of decades of hard work by a network of individuals whose collective determination and ingenuity proved inexhaustible,” Monmouth County Prosecutor Raymond S. Santiago said in a press release on Monday, Dec. 5, 2022. “In addition to being a testament to their efforts, it’s also reflective of our firm commitment to uncover the truth and serve the interests of justice, regardless of how much time has passed or what investigative obstacles might ever stand in the way.”

According to the MCPO, the teenager’s remains were found during a community clean-up event alongside Bayside Drive on Dec. 10, 1988. New Jersey State Forensic Anthropologist Donna Fontana studied the grim discovery and determined that the remains belonged to a white female between 15 and 18 years old. The scientist placed the time of her death at some point in the mid-1970s.

The MCPO and the Atlantic Highlands Police Department began a joint investigation into the find but no identification was made for years and the case went cold. Sometime in the 1990s, a DNA profile was developed “for comparison purposes,” the prosecutor’s office said, but that profile wasn’t particularly helpful at first.

After an advanced “forensic genealogical review of the case,” the company said they were able to identify a distant relative of Fitzgerad’s who lived in Georgia. That relative later agreed to an interview and also gave the company her mother’s DNA. The additional genetic information was used to track down yet another relative, this time a woman living in Pennsylvania.

The second woman turned out to be Fitzgerald’s younger sister.

In August of this year, she sat down for an interview as well and also provided her own DNA. An analysis by Bode turned up an over 99 percent “probability of an immediate familial match” for the DNA culled from the long-missing girl’s remains. After that, the official and formal identification was made.

That sister, Kathleen Unterberger, reflected on her big sister’s disappearance in a lengthy interview with the Asbury Park Press.

“I never really stopped thinking about her, but when I stopped feeling about it, life got easier, I guess,” Unterberger told the paper. “But now I have that feeling again. I just want to hold her.”

The grieving sister said she was often mistaken for Fitzgerald and occasionally picked on for the striking likeness. She also said her sister had legal problems and drug problems the year before she disappeared.

Unterberger said that after a barbiturate overdose and a drug-related arrest, her sister gave evidence on her adult drug supplier that led to his arrest. The 16-year-old went missing soon thereafter.

“In those days — if you were missing, you were a runaway… especially if she was a troubled girl,” she said. “We never realized she wasn’t ever coming back.”

To date, authorities are unsure of exactly when or how Fitzgerald died, but investigators note that such an inquiry is the obvious next step.

“While we are certainly encouraged that the identification was made, solving a 50-year-old mystery, this is ultimately a puzzle that will remain unfinished until we locate the final missing piece: the circumstances behind Nancy’s death,” Santiago said. “To that end, we are urging anyone who may have any information about this matter whatsoever to come forward and tell us what they know. Ms. Fitzgerald’s peers would all likely be in their 60s today, so we firmly believe that it is not too late to determine what happened to her and why – and, if possible, to hold any living person who may be responsible accountable for it.”

Fitzgerald was not a resident of Morris County at the time she vanished. Three years prior to her disappearance, her family moved from one house in Essex County to another in Bloomfield township.

Roughly a year after her sister went missing, she said, their mother received an unsettling call from a screaming girl in need of aid.

[image via National Center for Missing and Exploited Children]