‘Regretful ISIS Bride’ Trump Blocked from Returning to U.S. Is Not a Citizen, Judge Rules 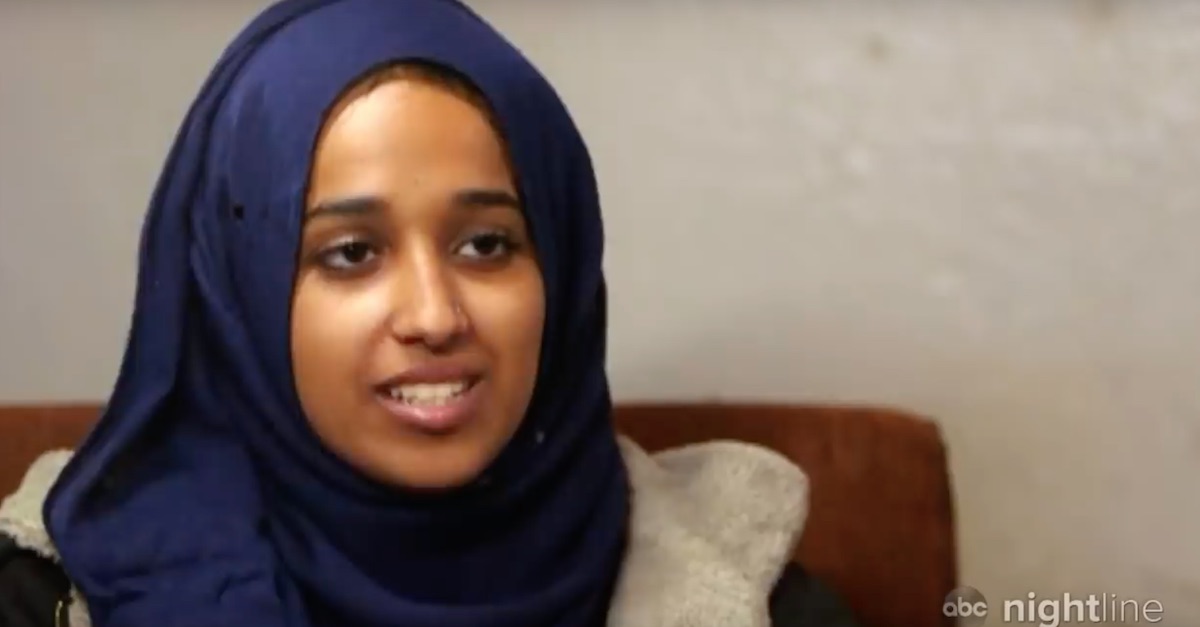 And after all of that, a federal judge has decided Hoda Muthana, 25, is not a U.S. citizen. That’s what U.S. District Judge for the District of Columbia Reggie Walton ruled in the case of a so-called “regretful ISIS bride” on Thursday.

You may remember that Muthana, even though she was born in the United States, was blocked from returning to the U.S. by Secretary of State Mike Pompeo at President Donald Trump’s direction. The Trump Administration position was that Muthana was not an American citizen because her father was a foreign diplomat at the time of her birth, exempting her from the provision that anyone born in the country is automatically considered a citizen.

I have instructed Secretary of State Mike Pompeo, and he fully agrees, not to allow Hoda Muthana back into the Country!

“I have instructed Secretary of State Mike Pompeo, and he fully agrees, not to allow Hoda Muthana back into the Country!” the president tweeted in Feb. 2019.

Judge Walton ruled that evidence showed Muthana’s father still had Yemeni diplomat status at the time of her birth.

BREAKING: A federal judge has ruled that US-born ISIS member Hoda Muthana is not an American citizen based on her father’s diplomatic status at the time of her birth.

A brief refresher: Years ago, Muthana briefly made a splash across the ether after her husband of 87 days was allegedly killed during an airstrike carried out by the Royal Jordanian Air Force on March 17, 2015. Why all the fanfare about this one particular “ISIS member, bride, and [eventual] widow??

Muthana was from Alabama. She was college-aged and had apparently registered for classes, then quickly ditched them for a refund check. She lied to her family and said she was taking a trip to Atlanta, Georgia. Instead, she went to Turkey where she somehow found passage to ISIS’s declared caliphate in Syria.

After four years living with the degraded ranks of dwindling ISIS fighters — and burning her passport — Muthana wanted to come home, and even asked for sympathy.

“I hope they excuse me because of how young and ignorant I was. Now I’m changed. Now I’m a mother and I have none of the ideology and hopefully everyone will see it when I come back,” Muthana said during an interview. “I hope America doesn’t think I’m a threat to them and I hope they can accept me.”

An attorney representing Muthana’s family said they were “disappointed” by the Thursday ruling.

“While we are disappointed with and disagree with the Court’s ruling today, this is not the end of our client’s legal options. We will wait to read the Court’s written opinion, and will evaluate our available options at that time,” Christina Jump said.

Going off of these words, it seems there may be an appeal down the line.

Colin Kalmbacher contribute to this report.