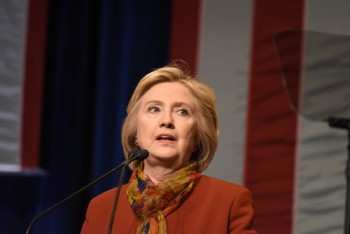 As LawNewz previously reported, President Barack Obama sat down for a wide-ranging interview on Fox News Sunday with Chris Wallace where he gave his most detailed answers to date about the Hillary Clinton’s use of private e-mail server while serving as Secretary of State.  As was also noted earlier, President Obama appeared noticeably more cautious and measured in his response to questions on this issue — at least as compared to how he answered similar questions about six-months ago during an appearance on 60 Minutes on CBS.  Despite that change of tone, however, President Obama’s responses will likely still draw valid criticism and leave some wondering whether he knows more about the investigation than he lets on.

It should be noted at the outset that President Obama repeatedly told Chris Wallace there would be absolutely no political interference in the Clinton investigation.

“I guarantee that there is no political influence in any investigation conducted by the Justice Department or the FBI, not just in this case but in any case. Full stop, period. Guaranteed, full stop,” President Obama affirmed.

However, that is unlikely to tamp down speculation regarding what President Obama and the White House know about the investigation.  It didn’t help matters that moments later President Obama said that throughout his presidency he has always maintained a strict policy of not speaking with the FBI or Attorney General about any pending investigation.  This is a rather curious remark, considering the White House has repeatedly put out photos and readouts of the president receiving briefings and updates on various investigations. The most prominent example recently coming in the aftermath of the San Bernardino shootings when the White House posted a readout titled, “Readout of the President’s Update on the Investigation into the San Bernardino Shootings” that read, in part:

The President this morning received an update from FBI Director Comey, Attorney General Lynch, Secretary of Homeland Security Johnson, and his intelligence community leadership on the ongoing investigation into the horrific shootings in San Bernardino, California. The President was briefed on the latest details of the investigation (emphasis added).

This is just one example, but it indicates that Obama does receive updates about ongoing investigations, directly from both the Attorney General and the FBI Director.  More relevant to the context of the Clinton investigation, is the allegation that at least some of the president’s White House advisors were aware of the FBI investigation into former CIA Director David Petraeus well before it became public.  The White House denied the allegations at the time, however, they are back in the spotlight now that Jill Kelley, a woman at the center of the Petraeus scandal, has written a book in which she claims government officials purposely sat on the Petraeus investigation for six-months so as not to hurt Obama’s re-election effort.

At a separate point in the interview, Obama was asked whether he stood by the remarks he made during the previous 60 Minutes interview that Clinton’s use of the private e-mail server did not endanger national security.  Obama was noticeably more hesitant in his response this time, telling Wallace that he had to “be careful” because of the ongoing FBI and congressional investigations.  Then, in an attempt to seemingly dodge the question, Obama replied that he was sure “[s]he would never intentionally try to America in any kind of jeopardy.”  Finally, after Wallace pushed for a direct answer, Obama replied that he “continued to believe she has not jeopardized national security” before adding the caveat that there was a “carelessness” about the whole e-mail setup.

It is possible that Obama’s hesitation is simply a result of criticism he received in aftermath of the 60 Minutes interview from anonymous and current FBI officials who were concerned he was trying to steer the outcome of the probe by signaling to investigators that he did not believe Clinton broke the law.

That said, his word choice here is interesting because — if Obama is signaling his thoughts or even knowledge about the investigation — he seems to indicate that any statute that requires Clinton to have acted “knowingly” (such as 18 U.S.C.A. § 1924(a) — Unauthorized removal and retention of classified material) is possibly off the table.

Nonetheless, in describing Clinton’s conduct as careless, as opposed to simply as a “mistake” as he did during the 60 Minutes interview, Obama’s comments track pretty close to the language of the more serious statute 18 U.S.C.A.§ 793(f) which makes it a felony for “[w]hoever, being entrusted with or having lawful possession or control of any document … relating to the national defense, (1) through gross negligence permits the same to be removed from its proper place of custody….”  Perhaps the only word Obama could have used that tracks even more closely to the statute would have been “recklessness.”

As has been pointed out before on this website, it is impossible to know what is really going on in the Clinton e-mail investigation.  Thus, we are left to speculate about what may (or should) happen based on the available information.  While he likely meant for Sunday’s interview to be less controversial than the last time around, Obama’s responses will surely be picked apart and add to fuel to the fire raging around the Clinton e-mail debate.