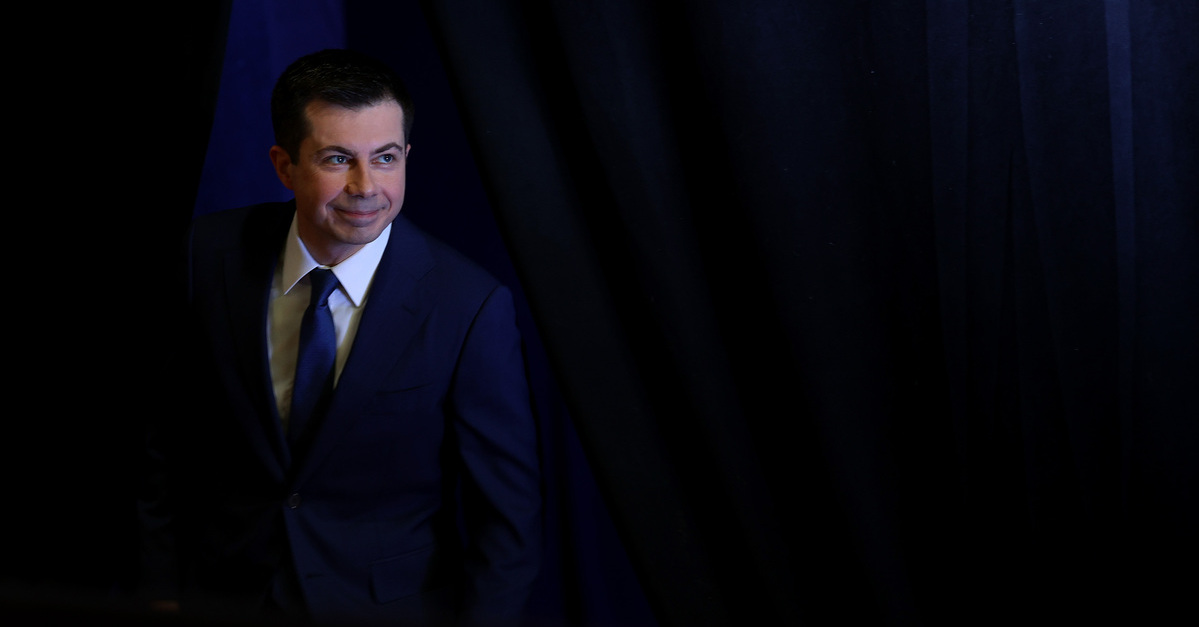 Previously described in the press as “The Giver,” Leonard “Len” Blavatnik is a well-known GOP donor with a New York address who previously took it upon himself to fund President Donald Trump‘s lavish — and allegedly criminal — inauguration festivities in 2017 to the tune of some $1 million.

Now, Blavatnik and his wife are apparently shifting allegiances. As of this writing, they have donated thousands of dollars to Pete for America, Inc., Buttigieg’s official campaign organization.

A summer 2017 commentary for the Dallas Morning News by Ruth May catalogues a bit more of Blavatnik’s political spending habits:

Citing public data available via the FEC and from campaign finance data clearinghouse OpenSecrets, May notes that most of Blavatnik’s largesse was distributed among Republicans during the 2015-2016 election campaign–accounting for $6.35 million of the oligarch’s spending up to that point.

“Mitch McConnell was the top [individual] recipient of Blavatnik’s donations, collecting $2.5 million for his GOP Senate Leadership Fund under the names of two of Blavatnik’s holding companies, Access Industries and AI Altep Holdings,” she wrote.

Trump’s campaign didn’t receive any Blavatnik cash during the 2016 campaign but he has donated large sums to the Republican National Committee’s legal fund, which has helped finance Trump’s legal defense for the Russia probe, according to the Wall Street Journal.

Aside from the large sums of campaign cash doled out to leading Republicans, Blavatnik has largely been considered problematic by the media and Beltway establishment because of his documented ties to Vladimir Putin and the Russian leader’s inner circle.

“Blavatnik’s relationships with Russian oligarchs close to Putin, particularly Oleg Deripaska, should be worrisome for Trump and the six GOP leaders who took Blavatnik’s money during the 2016 presidential campaign,” May wrote in 2017.

MSNBC’s Rachel Maddow long and loudly beat the anti-Blavatnik drum–and played up his oligarchical connections–while he was mainly known for donating to Republicans and ramped up criticism amidst a controversy that saw Deripaska’s network delisted from the United States’ sanctions regime against the Russian Federation.

Liberal outlet Mother Jones reported on those connections in 2019:

Rep. Jackie Speier (D-Calif.) sent a separate letter probing whether [Treasury Secretary Steven] Mnuchin has a personal conflict of interest in the delisting deal. In her letter, first reported by Buzzfeed, Speier noted that prior to taking office Mnuchin owned a movie production company that he sold, in part, to Access Industries, a company owned by Len Blavatnik, a Russian-born billionaire who has ties to Deripaska. Blavatnik sits on the board of a company called SUAL, a major shareholder in Rusal. According to the New York Times, SUAL’s stake in Rusal will increase as part of Deripaska’s deal with the Treasury Department. In short, a man who is believed to have paid Mnuchin as much as $25 million for his movie company may well benefit from the deal to remove Rusal from the sanctions list.

Buttigieg’s support from the Blavatnik family, so far, runs in excess of $5,000, according to the FEC–close to the maximum allowed by law.

And, since making the donations to Buttigieg’s campaign, the Blavatniks have attempted to “purchase” “influence” (as progressives maintain) with the Democratic Congressional Campaign Committee (DCCC) as well, giving the Democratic Party’s leading congressional incumbent protection organization well over $400,000 — all the while hedging their bets and keeping up similarly-sized donations to the GOP as well, according to publicly-available data collected by the FEC.  Giving to both sides is a tactic also employed by some American businesses and business leaders.

“Wow. One of the billionaires powering Pete Buttigieg’s campaign is a Russian-linked oligarch who contributed millions to Trump and GOP PACs for Lindsay Graham, Marco Rubio, Mitch McConnell and Scott Walker,” Horowitz noted. “You can’t make this stuff up.”

“[Rachel Maddow, MSNBC, and] #resistance twitter made multiple media cycles about this donor, saying Russia was taking over America,” Horowitz continued — responding to left-wing criticism that his language was playing leaning too heavily on the largely discredited Russiagate narrative. “Only reason I said ‘russian-linked’ is to point out obvious hypocrisy they engage in on the daily. Billionaire right winger is all that really matters.”

Law&Crime reached out to the Buttigieg campaign for comment and clarification on this report, but no response was forthcoming at the time of publication.