‘Patently Unconstitutional’: Portland Judges Are Barring Arrestees From Attending Public Protests As A Condition of Release 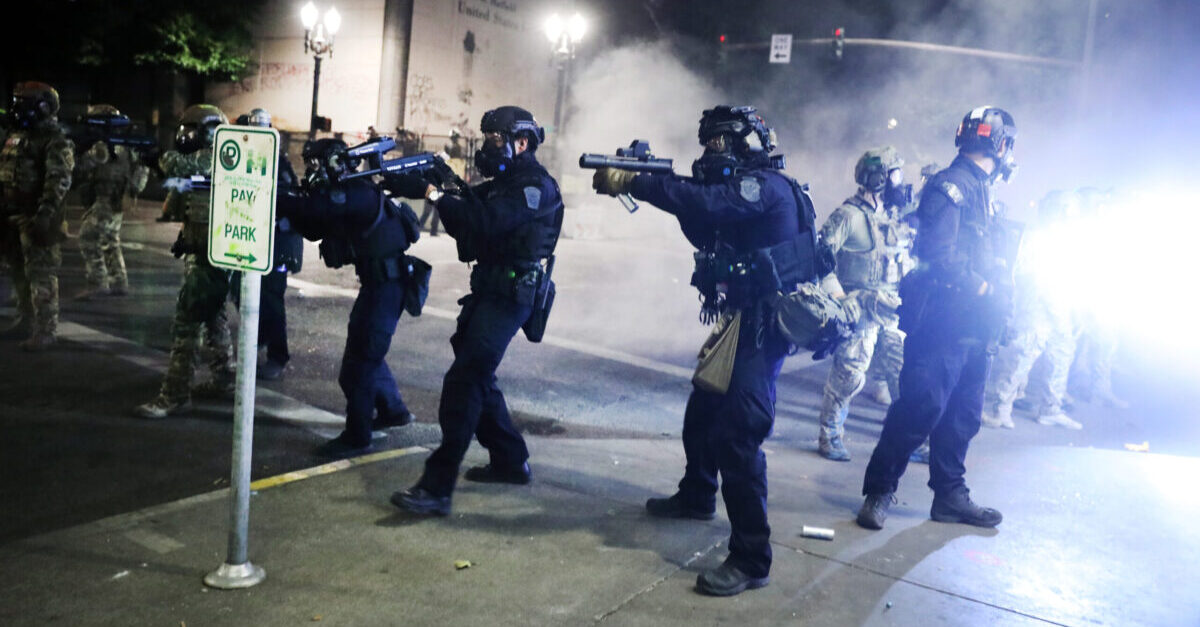 In a move that legal experts say is “patently unconstitutional,” federal authorities in Portland are arresting people for minor offenses and then barring them from attending any future protests as a condition of their release, ProPublica reported Tuesday. According to the report, at least 12 people arrested in connection with the demonstrations were expressly prohibited from being present at any future public demonstrations as they await their days in court.

In one instance, the conditions of release issued by the U.S. District Court in Oregon for a defendant whose offense was “fail[ing] to comply with the lawful direction of federal police officers” stated that “Defendant may not attend any other protests, rallies, assemblies or public gatherings in the state of Oregon.”

This is what it looks like when you're released from jail on federal charges…on the condition that you stop showing up to protests. https://t.co/PZ1d4pr7x5 pic.twitter.com/6oi4LggnLD

The order further stated that any violation of the conditions of release may result in “the immediate issuance of a warrant for your arrest, a revocation of release, an order of detention, forfeiture of bond, and a prosecution for contempt of court and could result in a term of imprisonment, a fine, or both.”

According to the report, in several instances where the aforementioned conditions of release were not available at the time of a detainee’s release, Magistrate Judge John V. Acosta added the provision by hand.

Alternatively: This is what it looks like when the magistrate judge _handwrites an addition to your conditions of release_ so that you can't attend protests. pic.twitter.com/tEyi1HLcVi

Magistrate Judge Jolie A. Russo similarly added a handwritten protest ban provision to at least three of the 15 release orders she signed Monday.

Constitutional law experts were quick to call out the orders as direct violations of the First Amendment.

“This is neither,” he said, calling the protest ban “sort of hilariously unconstitutional.”

Attorney Cristian Farias of the Knight First Amendment Institute at Columbia University compared the unconstitutionality of the provision to the one in the case of Donald Trump’s former attorney and fixer Michael Cohen.

“This was blatantly unconstitutional when they tried it on Michael Cohen, who was convicted of multiple felonies,” Farias wrote. “It’s even more so when the people being restrained from exercising First Amendment rights are merely facing accusations that may not stand up in court.”

This was blatantly unconstitutional when they tried it on Michael Cohen, who was convicted of multiple felonies.

It’s even more so when the people being restrained from exercising First Amendment rights are merely facing accusations that may not stand up in court. https://t.co/yn6L94sjYf

This should make for some … interesting … First Amendment litigation. If nothing else, the condition is *stunningly* overbroad. https://t.co/GZH3vsqGOX