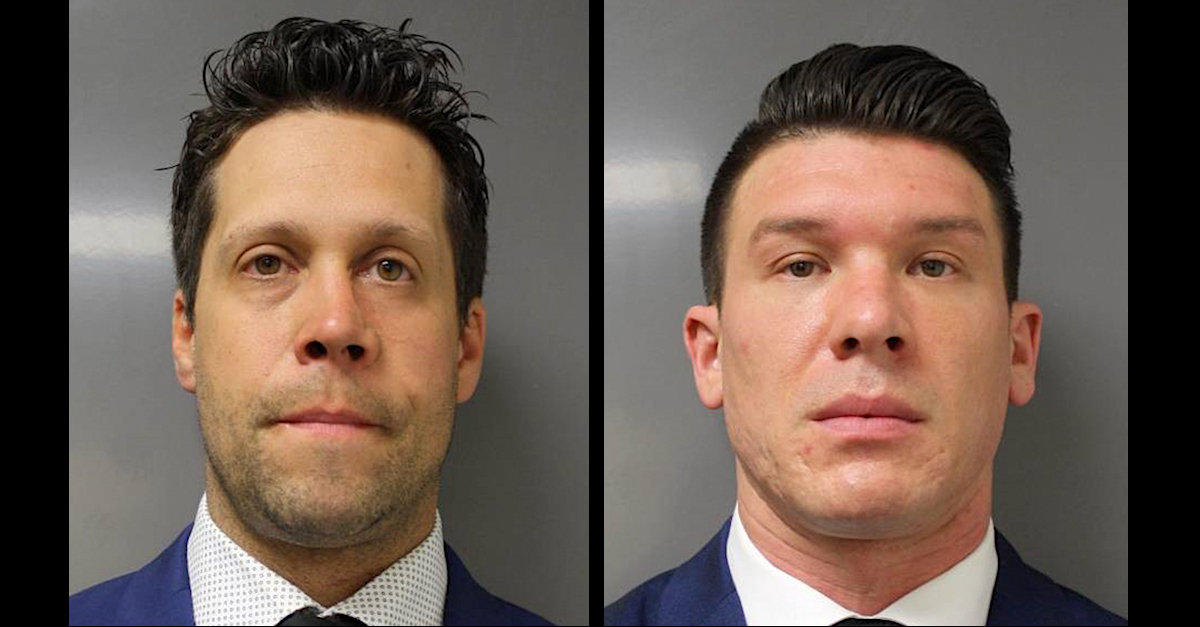 Officials in Buffalo have released the mugshots of the two police officers arrested in connection with the alleged assault on a 75-year-old protestor during demonstrations against the police killing of George Floyd.

Officers Aaron Torgalski and Robert McCabe were charged and released on their own recognizance Saturday after pleading not guilty to charges of second-degree assault after video of their altercation with Martin Gugino went viral, being viewed millions of times on various social media platforms.

Upon exiting the courthouse Saturday, the two officers were met with cheers and applause by dozens of their Buffalo Police Department (BPD) colleagues who had gathered outside.

Buffalo police officers applauded by their colleagues as they leave the courthouse pic.twitter.com/t9DGC07ijZ

The enthusiastic reception for two officers was another sign of solidarity amongst the BPD. It came one day after all 57 members of the defendants’ remaining colleagues on the BPD’s Emergency Response Team (ERT) resigned from the detail – but not from the department generally – in protest of how the accused officers were being treated.

The President of the Buffalo Police Benevolent Association, John Evans, said that the charges were “totally unwarranted” and thanked the police, firefighters, and others who showed up to the courthouse to show their support, the New York Times reported Saturday.

“It was tremendous, tremendous to see,” Evans said. “I just think it’s a strong indication of the outrage basically over this travesty.”

Erie County district attorney John J. Flynn said the officers were being prosecuted because they broke the law.

“We had two of our police officers who crossed the line,” Flynn told reporters after the arraignment. “My job is to prosecute those who have violated the law, plain and simple. And I believe, and I’m alleging, that these two officers violated the law.”

Flynn also said that the encounter with Gugino should have been handled differently.

“If he was violating a curfew, if he was being disorderly, you turn him around, handcuff him, and take him away arrested. It’s as simple as that,” Flynn said (according to NBC News). “You don’t take a baton and shove it; along with the officer next to him using his right hand to shove him and knock him down, and crack his head, his skull on the concrete.”

Video obtained by local NPR affiliate WBFO showed a large group of police from the department’s emergency response team clearing demonstrators from a square in front of City Hall when a protestor named Martin Gugino approached officers. In the recording, Gugino has a very brief verbal exchange one of the officers before he is pushed by what appears to be two of the officers. Gugino fell backwards, landing hard on the concrete; blood began pooling around the back of his head almost immediately as he laid motionless.