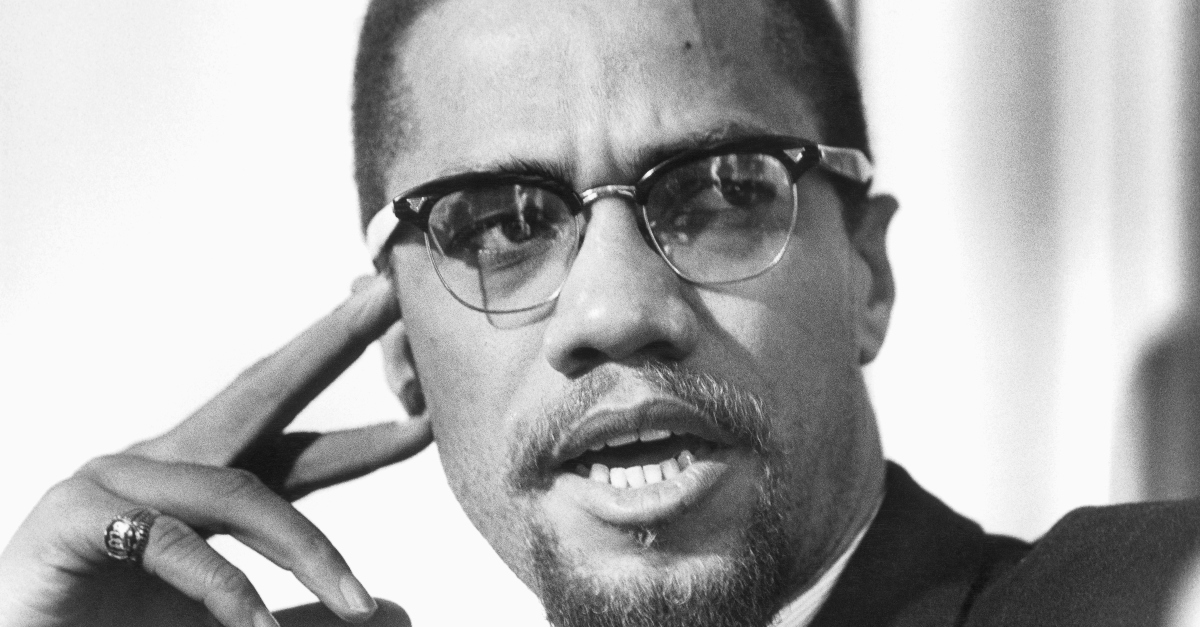 The two men convicted of killing civil rights leader Malcolm X are set to be exonerated after spending a combined 42 years in prison and more than 55 years trying to clear their names.

Representatives for Muhammad A. Aziz and Khalil Islam announced Wednesday that they would be filing motions to vacate their convictions for the murder of Malcolm X — with the agreement of Manhattan District Attorney Cy Vance.  The move comes after a nearly two-year investigation into the convictions that revealed new evidence, including FBI documents that had been available at the time of trial but were withheld from both the defense and prosecution, according to the joint announcement from The Innocence Project and Shanies Law.

NEWS: D.A. Vance, @innocence, and Shanies Law Office will move to vacate the wrongful convictions of two men for the murder of Malcolm X. More to come tomorrow. https://t.co/sBgMsneq1o

In 1966, Aziz and Islam were convicted of murdering Malcolm X, who is widely considered to be one of the most influential Black leaders in the fight against racism.

He was killed on Feb. 21, 1965, as he took to the stage at the Audubon Ballroom in Harlem, where he was supposed to give a speech. Three men opened fire in the crowded room just as Malcolm X was starting to speak, the New York Times reported in a story about the upcoming request to vacate the convictions.

Aziz and Islam, known respectively at the time as Norman 3X Butler and Thomas 15X Johnson, were taken into custody and charged with murder within ten days of Malcolm X’s death. As the Times story noted, they were convicted on shaky evidence; both men had credible alibis, and no physical evidence tied either of them to the killing. Moreover, a third defendant, Mujahid Abdul Halim, actually confessed to the murder.

“[W]hen Mr. Halim, also known as Talmadge Hayer, took the stand for the second time during the trial and confessed, he insisted that his two co-defendants were innocent,” the Times story said.

Nevertheless, all three men were convicted and sentenced to life in prison. The renewed investigation revealed evidence that could have absolved Aziz and Islam at trial.

“A trove of F.B.I. documents included information that implicated other suspects and pointed away from Mr. Islam and Mr. Aziz,” the Times story said. “Prosecutors’ notes indicate they failed to disclose the presence of undercover officers in the ballroom at the time of the shooting. And Police Department files revealed that a reporter for The New York Daily News received a call the morning of the shooting indicating that Malcolm X would be murdered.”

The Times reported that the re-opened investigation also brought forward a witness who corroborated Aziz’s alibi.

“Investigators also interviewed a living witness, known only as J.M., who backed up Mr. Aziz’s alibi, further suggesting that he had not participated in the shooting but had been, as he said at the trial, at home nursing his wounded legs,” the Times story said.

In a statement, Aziz said he finds little peace in the news of his pending exoneration.

“The events that brought us to court today should never have occurred; those events were and are the result of a process that was corrupt to its core – one that is all too familiar – even in 2021,” Aziz said in a statement Wednesday. “While I do not need a court, prosecutors, or a piece of paper to tell me I am innocent, I am glad that my family, my friends, and the attorneys who have worked and supported me all these years are finally seeing the truth we have all known, officially recognized.”

Aziz added that he lost decades paying for a crime he didn’t commit, and hopes for some degree of accountability.

“I am an 83-year-old man who was victimized by the criminal justice system, and I do not know how many more years I have to be creative,” he said. “However, I hope the same system that was responsible for this travesty of justice also take responsibility for the immeasurable harm it caused me.”

Lawyers for Aziz and Islam said the news of their exoneration was welcomed, but that lessons must be learned from how the process played out.

“The assassination of Malcolm X was a historic event that demanded a scrupulous investigation and prosecution but, instead, produced one of the most blatant miscarriages of justice that I have ever seen,” Barry Scheck of the Innocence Project said in a joint statement with Shanies Law. “Officially correcting the false historical narrative around one of the most significant events in 20th century U.S. history allows us to learn from and prevent future miscarriages of justice.”

“The recently unearthed evidence of Mr. Aziz and Mr. Islam’s innocence that had been hidden by the NYPD and FBI not only invalidates their convictions, it also highlights the many unanswered questions about the government’s complicity in the assassination – a separate and important issue that, itself, demands further inquiry,” Vanessa Potkin of the Innocence Project said in the statement.

David Shanies, a lawyer for Aziz and Islam, said the exoneration will not make up for the time both men lost.

“These innocent men experienced the agony of decades in prison for a crime they did not commit,” Shanies added in the statement. “They were robbed of their freedom in the prime of their lives and branded the killers of a towering civil rights leader.”

Aziz is now 83, and Islam died years ago “without ever having had the chance to see his name cleared,” Shanies said.

“They, their families, and their communities have endured decades of pain and suffering,” he continued. “The tragic and unjust events of the past can never be erased but exonerating these men is a righteous and well-deserved affirmation of their true character. We are grateful to the New York County District Attorney’s Office for its collaboration, transparency, and fairness during the past two years that led to this exoneration.”

Debrah Francois, another attorney for Aziz and Islam, said news of the exoneration acknowledges what many already knew.

“What was widely known 55 years ago is now being formally acknowledged: that Muhammad Aziz and Khalil Islam are innocent, and that they should have never been arrested, charged, or convicted for a murder they did not commit,” Francois said in the statement. “Muhammad’s and Khalil’s convictions were the product of gross official misconduct and a criminal justice system weighed against people of color. Their exoneration was decades in the making and is proof that we need—and are able—to do better.”

The Innocence Project announced in February 2020 that it welcomed the DA’s investigation into Aziz and Islam’s innocence. A Netflix documentary series — “Who Killed Malcolm X?” — revealed new evidence and sparked renewed interest in the men’s convictions, the Innocence Project said.

Editor’s note: this story has been updated with a statement from Muhammad Aziz.