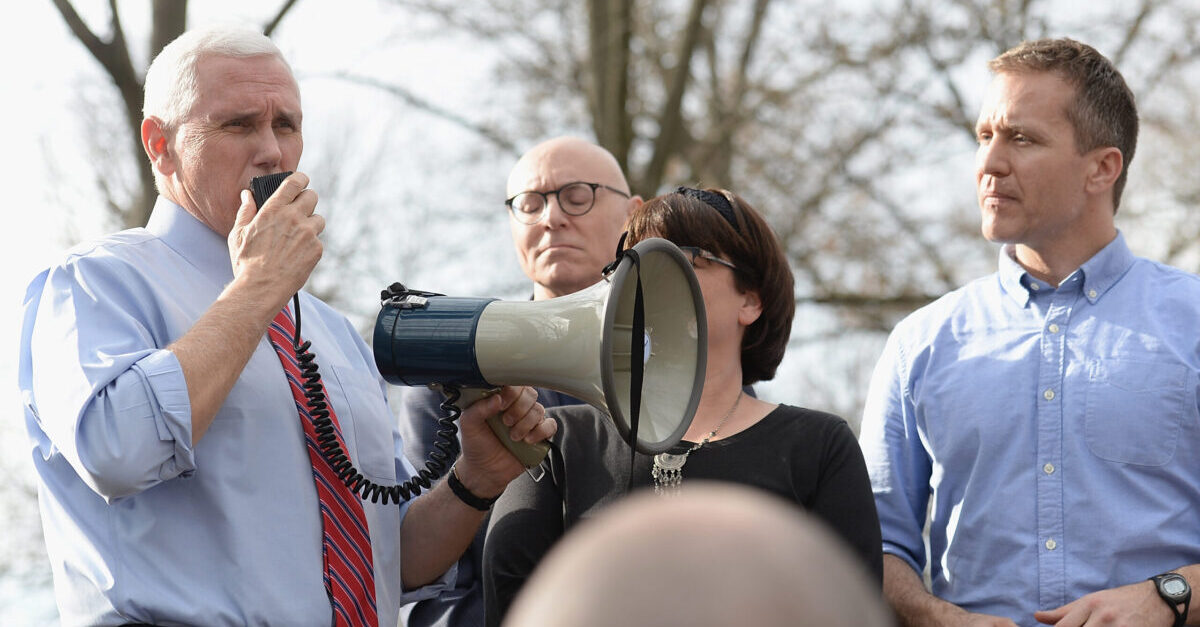 The office of Vice President Mike Pence used political pressure to get former Missouri governor Eric Greitens reinstated into the Navy despite those in command stating they wanted nothing to do with the scandal-plagued former SEAL, the Kansas City Star reported Saturday.

The Star obtained  850 pages of documents through a Freedom of Information Act (FOIA) request which showed top brass at the Navy were extremely concerned with Greitens’ history, which included a 2018 felony charge of sexual misconduct and another felony charge for computer tampering. Though both charges were eventually dropped, Greitens, who won Missouri’s gubernatorial race as an unlikely outsider candidate in 2016, was forced to resign from office.

Emails revealed from the FOIA request show Vice Adm. Robert Burke, then the Navy’s Chief of Personnel, saying that if Greitens was not a civilian at the time of the allegations, the Navy would have prosecuted him under the Uniform Code of Military Justice.

“Since he was in the IRR [Individual Ready Reserve] at the time, we had no recourse. If he were in the AC [active component], or even RC [reserve component] on active duty, we would have gone after Art 120 [Article 120 of the Uniform Code of Military Justice, rape and sexual assault],” Burke wrote in an email dated May 24, 2019.

“But for a Reservist not on orders, or the IRR, we have no authority – it’s like holding a civilian accountable. How could/should that have been accounted for in the administrative move from IRR to [Selected Reserve]?”

The same was true of Rear Adm. Brendan McLane, then commander of Navy Recruiting Command, who on Jan. 11, 2019 wrote, “I would be disinclined to grant a major misconduct waiver for anyone with an indictment such as his based on what we know now.”

But according to the report, once Pence’s office placed a hand on the scale and began applying political pressure, the situation quickly shifted in Greitens’ favor.

In a Feb. 13, 2019 email which is believed to refer to Greitens, an executive assistant with the Naval Recruiting Command wrote, “Long story short, VPOTUS wants [redacted] to come work for him in D.C. but in a military capacity.”  (The name of the email’s author was redacted along with the apparent reference to Greitens.) “The whole chain of command from SECDEF [the Secretary of Defense] on down are supportive of him coming in so we’re just trying to make this as painless and quick as possible.”

Despite its reports being based on extensive quotes directly from internal Navy communications, Greitens’ spokesman accused the Star of “pushing false stories on behalf of leftists and insiders.”

Pence’s office did not respond to requests for comment. The vice president was not infrequently seen with Greitens and endorsed him politically according to ads still available on YouTube.

The fine marked the end of the former governor’s legal troubles, which began in 2015 when a woman testified under oath that she felt forced to perform sexual acts with Greitens after he tied her up and took explicit photos of her.  He threatened to release them if she ever spoke about their relationship. Greitens  denied ever engaging in blackmail.