A circuit judge in Michigan this week defied a state appellate court ruling ordering him to lower the prison sentence of a woman convicted on second-degree murder charges, saying he hoped defendant’s attorneys would “appeal it to the U.S. Supreme Court.”

The controversy arose in the case of Dawn Dixon-Bey, who in 2016 was convicted by a jury of second-degree murder for fatally stabbing her then-boyfriend Gregory M. Stack twice in the heart while he was lying on the couch. In closing arguments, the prosecutors asked the jury to find the defendant guilty of first-degree murder. 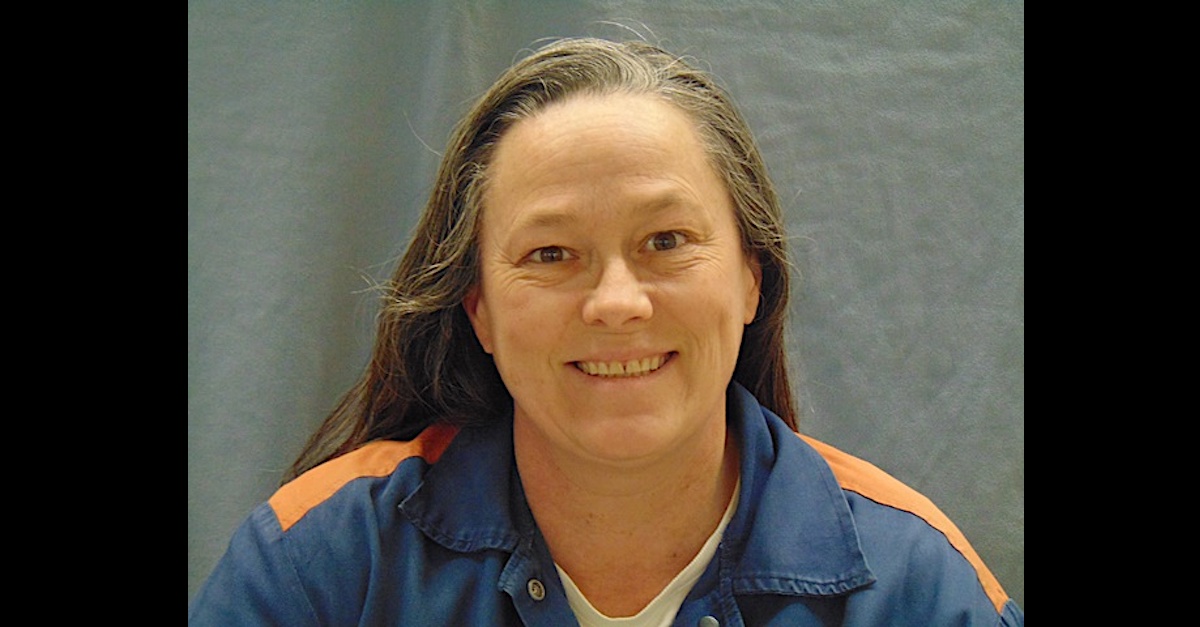 Dawn Dixon-Bey  —  Image via the Michigan Department of Corrections.

Under Michigan law, second-degree murder is a defined as a killing that is not premeditated but was the result of actions that were either intentional, reckless, or spur of the moment.

In a 2-1 decision dating back to Oct. 2017, the Michigan Court of Appeals vacated McBain’s sentence with the reasoning that 35-70 years in prison was an unreasonable departure from guidelines which recommended between 12-20 years.

According to the appellate court’s majority opinion, Judge McBain’s initial sentencing emphasized the “premeditated nature” of the killing in departing from the guidelines by an additional 15 years – which a judge cannot do when the jury refused to convict the defendant on first-degree murder charges. The appellate panel then ordered McBain to re-sentence Dixon-Bey in accordance with the guidelines.

However, stating that he agreed with the lone dissent in the decision, an openly defiant McBain merely changed Dixon’s sentence to 30-70 years.

During Wednesday’s video hearing in the matter, McBain said he was “cognizantly taking into account” the 12-20 year sentencing guideline but otherwise was declining to abide by the higher court’s order. He declared that the facts of the case justified his initial sentencing order.

“I want to be clear – I absolutely would intend to sentence her at the very top ends of the range of 20 years, except that I just don’t think that 20 years is an adequate sentence for this brutal premeditated murder,” a visibly irritated McBain said. “And I think I can still consider that evidence of premeditation and deliberation even though she didn’t get convicted of it, but it was evidence before the court and jury. So therefore I’m going to sentence the defendant to a sentence of 30-70 years.”

Dixon-Bey said she planned to appeal the new sentence.

Judge McBain, who previously made waves when he told a convicted murderer “I hope you die in prison,” is no stranger to controversy.

In 2016, he threw off his robe, leapt from the bench, and wrestled with a suspect who was resisting being placed in handcuffs. During that incident, the judge yelled at the court officer to “Tase his ass right now” and telling the defendant he was willing to “bust your fucking arm.”

Read the appeals court’s opinion below.