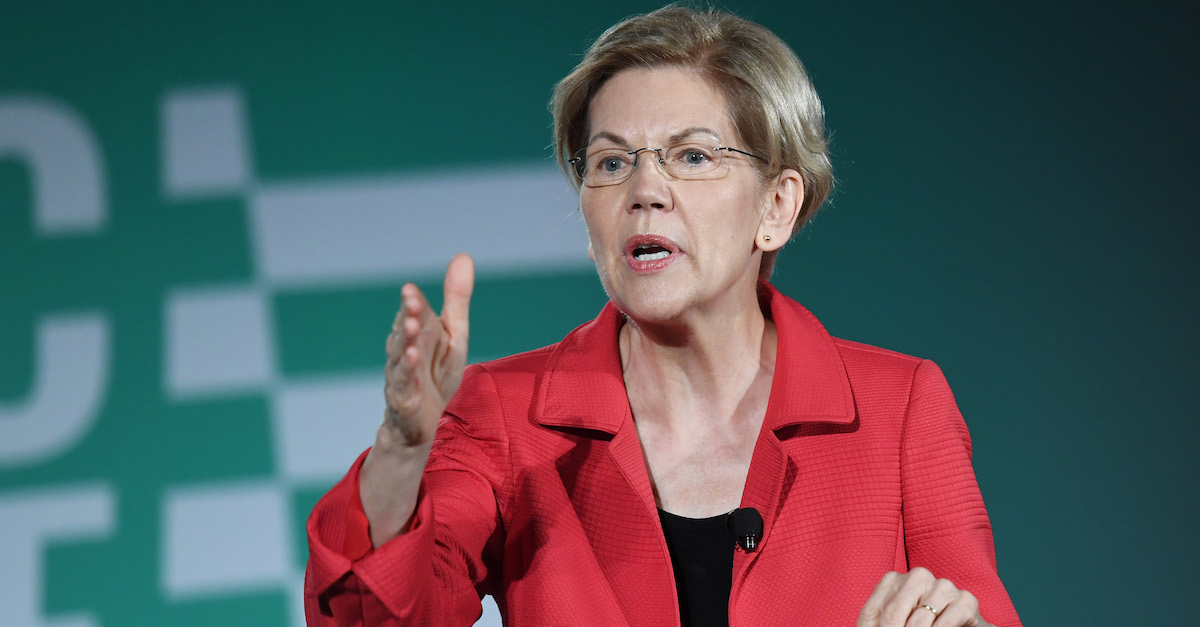 Massachusetts Senator and Democratic presidential candidate Elizabeth Warren has told several different stories about why she didn’t return to teaching at a New Jersey public school after her one-year stint as a speech pathologist during the early 1970s.

Newly unearthed documents suggest Sen. Warren has been less than candid about the reasons behind her departure. Those documents show that Warren was, in fact, all but re-hired to teach for a second year–despite her claims that she was fired for being pregnant.

According to minutes of an April 21, 1971, Riverdale Board of Education meeting obtained by the conservative-leaning Washington Free Beacon, Warren was unanimously offered her job back.

And, according to a different set of minutes from the same board one year before, the second year terms were substantially similar to the terms from the terms during her first year of teaching.

Warren claims that she was fired from her job as a public school teacher because of pregnancy discrimination.

“I still remember the 4 to 6-year-olds, I still remember the faces of every one of them,” Warren told a crowd at a campaign rally in Nevada last week. “I remember some of our lessons, the things we worked on, I remember our successes, and our failures. I loved that work, and I would probably still be doing in that work today, but my story has some more turns. By the end of the first year, I was visibly pregnant, and the principal did what principals did in those days. Wished me luck, and hired someone else for the job. Okay.”

But according to the minutes from that Riverdale Board of Education meeting, Warren resigned and school officials didn’t want her to go.

Another item describes the mood after Warren hung it up:

These documents also cast doubts on another permutation of Warren’s by-now ever-evolving public teaching story–a feature of her campaign stump speech and an integral aspect of a personal biography Warren is now selling to would-be Democratic primary voters–that she decided to stop teaching due to lack of educational credits.

I was married at nineteen and graduated from college after I’d married, and my first year post-graduation I worked in a public school system with the children with disabilities. I did that for a year, and then that summer I didn’t have the education courses, so I was on an “emergency certificate,” it was called. I went back to graduate school and took a couple of courses in education and said, “I don’t think this is going to work out for me.”

These newly released documents suggest that Warren was never fired at all. Rather, they support the idea that Warren simply quit her job as a public school teacher in order to attend law school.

Law&Crime reached out to the Warren campaign for comment on this story. No response was forthcoming at the time of publication.