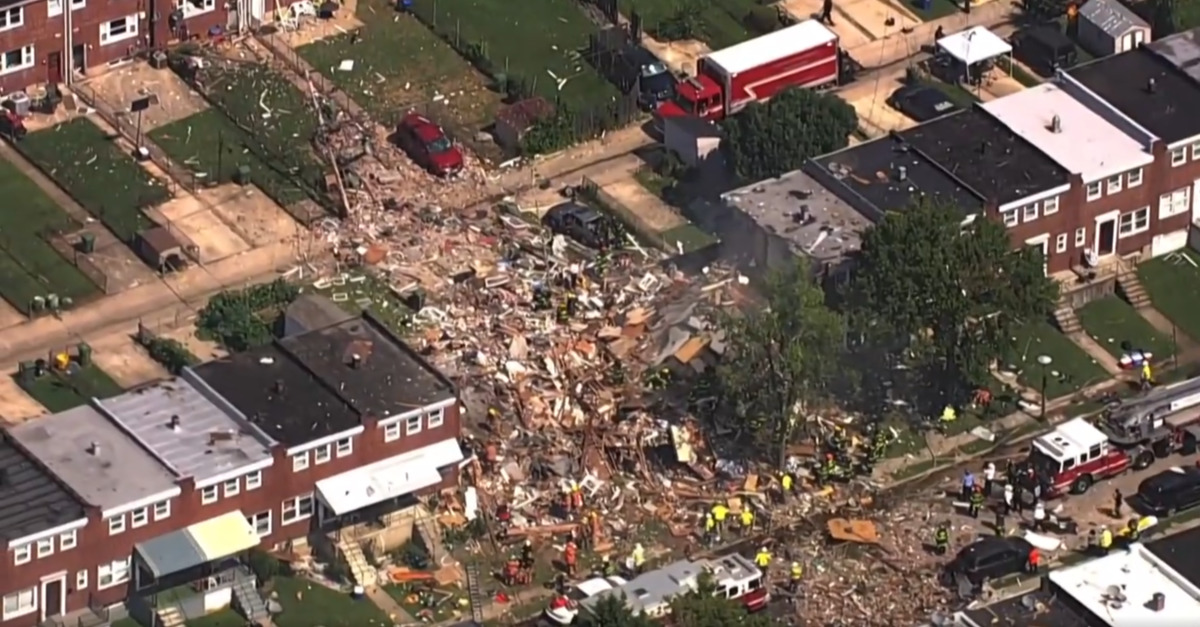 “We are borderline mass casualty at this point,” a local law enforcement scanner announced. “This explosion has affected at least a three block radius up here.”

At least one woman died in the mysterious blasts and at least two people are confirmed to be injured, according to the Baltimore City Fire Department.

The responding firefighting ladder also noted that several individuals were trapped after the blast:

Several houses exploded. At least 5 people trapped, some children. A Collapse Respose and Second Alarm has been called.

Several outlets and citizens obtained footage of the blast:

A look at the devastation in #Baltimore after reported home explosion near Reisterstown Rd. @FOXBaltimore has crews headed to this scene. @BCFDL734 reporting rescues ongoing.

BREAKING: At least one person is dead in what’s believed to have been a gas explosion that destroyed three houses in the 4200 block of Labrynth Road in NW Baltimore, Councilman Yitzy Schleifer says. pic.twitter.com/bI721NoHys

According to the Baltimore Sun, gas is believed to be the cause of the explosion that occurred in Northwest Baltimore’s Reisterstown Station neighborhood.

Citing union officials, the Sun reported that Special Rescue Operations units are currently in the process of locating and extracting survivors from the rubble.

The outlet clarified, however, that the “exact cause” of the “major” explosion was still unclear. Baltimore Gas and Electric and the Baltimore Office of Emergency Management also currently have officials on the scene in an apparent effort to ascertain the cause of the incident.

“It knocked me across the bed,” 77-year-old Moses Glover told the Sun. “I came downstairs and saw all of the front of the houses across the street, they were on the ground. I had a picture window downstairs, the glass is in the chair now.”

The explosion destroyed the home of Major Watkins Jr., 88,
and Caroline Youngblood, 90.

This is a breaking news story…