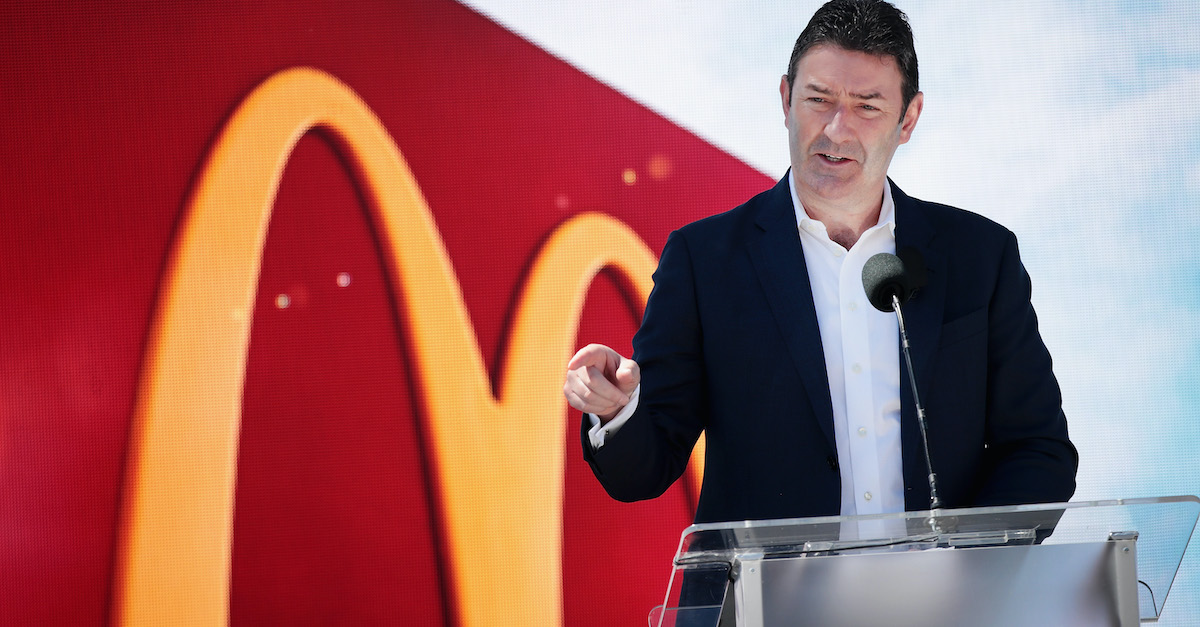 Disgraced former McDonald’s chief executive officer Steve Easterbrook, after admitting in late 2019 that he had a non-physical consensual relationship with an employee, faces a lawsuit from the fast food giant. The lawsuit filed in Delaware state court alleges that Easterbrook not only lied when he said this was the only inappropriate relationship he’d had, but also covered up evidence of three sexual relationships with other employees.

The company said that it found out about this in July. Per the Associated Press, Easterbrook used his McDonald’s email account to send sexually explicit videos and images, but deleted evidence of this before he was fired “without cause”:

McDonald’s says in a lawsuit that in July, it became aware of sexual relationships between Easterbrook and three other employees prior to his termination. The company said Monday that Easterbrook removed evidence of those relationships — including sexually explicit photos and videos sent from corporate email accounts — from his cell phone, preventing investigators from learning about them prior to his firing.

Easterbrook even approved six-figures-plus worth of restricted stock for one of the employees, McDonald’s said. McDonald’s claimed that it wouldn’t have fired Easterbrook without cause if they knew about this in 2019. Easterbrook received a lucrative termination package, which enabled him to keep more than $40 million in “stock-based benefits.”

The company, which is a seeking damages, wants a court to bar Easterbrook from reaping those benefits.