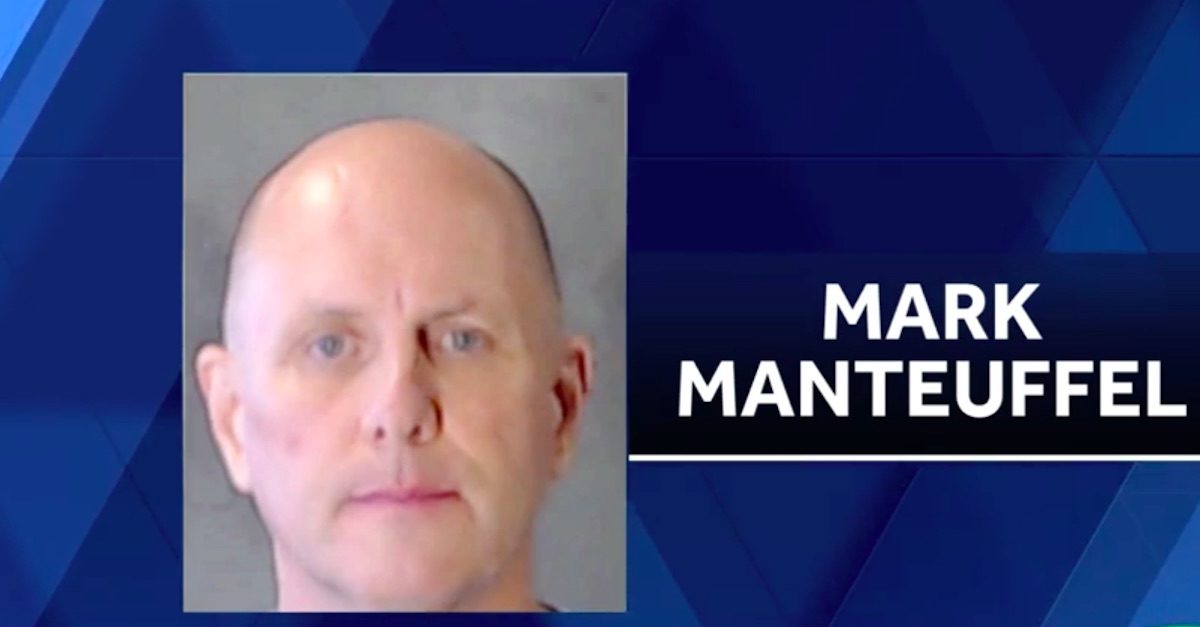 A retired federal corrections officer has been arrested in connection with series of brutal rapes that occurred in California more than 20 years ago after he was linked to the crimes with a combination of DNA testing and genetic profiling.

Mark Manteuffel, 59, was arrested on Friday in Decautur, Georgia and is expected to be extradited back to Sacramento where he will face multiple felony charges, including torture and rape, stemming from three sexual assaults in the early 1990s.

According to police, Manteuffel previously attended Sacramento State, worked for the Federal Bureau of Prisons, and lectured on criminal justice. Most recently, he retired as an administrator from a Miami correctional facility in 2014.

In the 1990s, prosecutors were unable to identify a suspect in the horrific crimes, but just before the statute of limitations on the crimes was set to expire in 2000, authorities filed charges against DNA found at the crime scenes.

“We knew these crimes were all committed by the same suspect because they were linked by DNA left at each of the three crime scenes,” Hahn said.

Sacramento County District Attorney Anne Marie Schubert echoed Hahn’s sentiment, telling reporters, “If the tools are there, we are going to use them.”

“This case is about a forward-thinking DNA analyst from our crime lab who knew the value of preserving rape kits far longer than the law required at the time,” Schubert said.

Sacramento County Sheriff Scott Jones said that in May 1992 a 52-year old woman entered her home and was “almost immediately accosted and assaulted by someone who was lying in wait.”

Then, in Jan. 1994, a masked man grabbed a college student while she was jogging, used a taser to incapacitate the victim, and dragged her to a second location. Yolo County District Attorney Jeff Reisig said the suspect then committed “monstrous crimes.”

Finally, in March of 1994, a woman entered her Sacramento home and was attacked by a masked man who bound and assaulted her before fleeing the scene.

Authorities declined to say which DNA service provided investigators with the information necessary to arrest Manteuffel. But this is not the first time California authorities have utilized this technique to arrest a long-elusive suspect. Last year, authorities were able to identify and apprehend Joseph James DeAngelo, also known as the “Golden State Killer.”

Investigators had previously obtained DNA samples in connection with crimes that they believed to have been committed by the Golden State Killer. As part of the investigation, they uploaded a DNA profile onto an ancestry website, which they used to locate a relative of DeAngelo. From there, they moved forward until they were able to determine that DeAngelo was the suspect, and then they went about collecting his DNA. The strategy of using the DNA profile on the website drew controversy because it may have violated the website’s terms of service, which only allow someone to upload a profile with the owner’s consent. This didn’t stop police, however, because a website’s terms of service are not binding on law enforcement in the same way as Fourth Amendment prohibitions against unlawful search and seizure.

The Golden State Killer has been labeled with several other monikers such as the Original Night Stalker, the East Area Rapist, and the Visalia Ransacker, for crimes committed in the 1970s and 1980s.