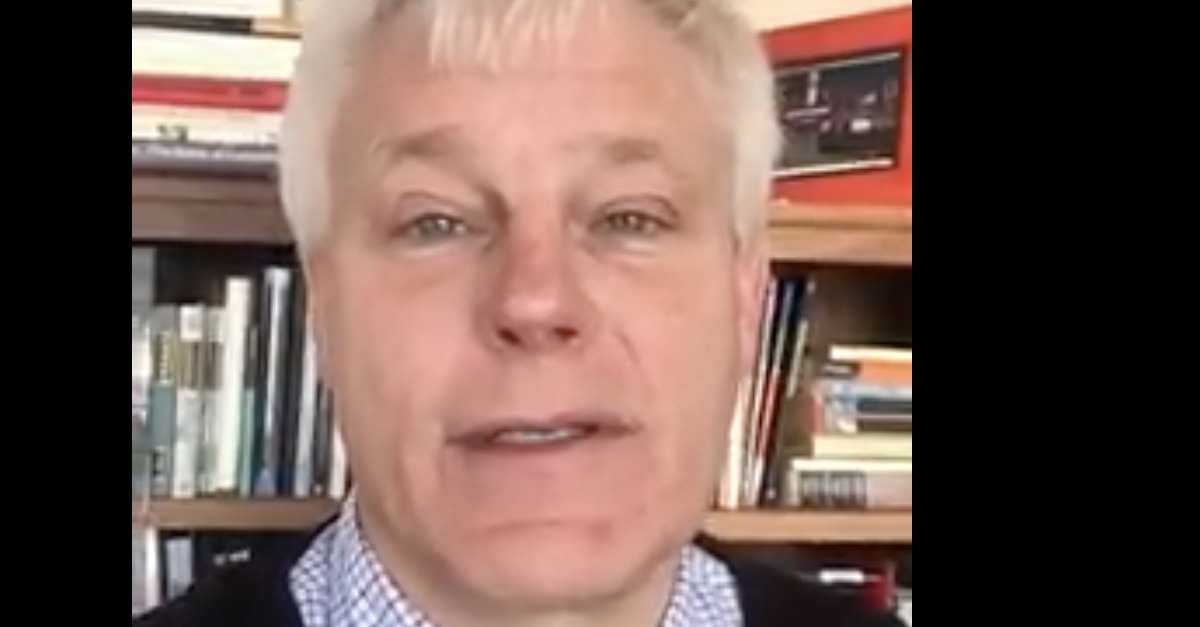 Minnesota lawmakers created a bizarre loophole in the state’s rape statute and, as a result, a rape conviction was overturned on the basis that the victim hadn’t been forcibly intoxicated. The state’s highest court granted the defendant a new trial in the case, but made sure to clarify that any blame rested with those who drafted the law and not those who merely must interpret it.

Francios Momolu Khalil was convicted of raping a woman known in court documents as J.S. The victim was intoxicated because she’d consumed five shots of vodka and one pill of a prescription narcotic. Khalil approached her outside a bar and lured her to a house with a story of a party going on inside. J.S. passed out at the house, then awakened as Khalil was raping her. Khalil appealed and succeeded in having his conviction reversed and the case remanded for a new trial.

Khalil prevailed because the precise facts of the case did not match the requirements of the statute under which he was prosecuted. Specifically, Khalil was found guilty of third-degree criminal sexual conduct. That statute requires that a person commit “sexual penetration with another when the actor knows or has reason to know that the complainant is ‘mentally incapacitated.'” The problem in this case was that because J.S. consumed the alcohol and narcotics on her own, she wasn’t legally “mentally incapacitated under the law.”

“Mentally incapacitated” means that a person under the influence of alcohol, a narcotic, anesthetic, or any other substance, administered to that person without the person’s agreement, lacks the judgment to give a reasoned consent to sexual contact or sexual penetration. (emphasis ours).

Justice Thissen was mindful of the seeming unfairness in his ruling and laid the blame squarely on the state legislature.

“We are mindful of and concerned with the fact that,” wrote Thissen, “nearly half of all women in the United States have been the victim of sexual violence in their lifetime—including an estimated 10 million women who have been raped while under the influence of alcohol or drugs.” He continued, remarking as to what other legislatures have been doing, “With this level of sexual violence, legislatures across the country have enacted statutes aimed at prioritizing consent and protecting intoxicated victims of rape and sexual assault, regardless of how the victim became intoxicated.”

To underscore the contrast with Minnesota’s failure to adjust its sexual assault laws, the judge continued, “But today we undertake the task of interpreting the definition of ‘mentally incapacitated’ that the Minnesota Legislature enacted in Minn. Stat. § 609.341, subd. 7 (2020).”

The court specified that distinguishing between a victim who’d become drunk on her own and one who was involuntarily intoxicated wasn’t a whim of the court’s. Rather, it’s precisely what Minnesota lawmakers had intended. Thissen wrote, “we do not look at the ordinary, commonsense understanding of mentally incapacitated because the Legislature expressly defined the term in the general definitions section of Minnesota’s criminal sexual conduct statutes.”

The court went on to explain that not only was this result essentially intentional on the part of the legislature, but it was also a result of recent drafting and not some relic of the past. In a lengthy footnote, the judge detailed the legislative process. The statute was reconsidered over the past few years, and lawmakers held committees and heard testimony where they considered precisely this issue. They chose to retain the voluntary/involuntary distinction, thereby allowing for precisely the result that a rapist would escape conviction on the grounds that the victim had consumed alcohol on their own.

The court concludes its ruling by purporting that it “offer[s] no judgment” about the legislature’s choice to leave the rape statute as-is, but goes on to point out that if the legislature had wanted to protect people who were voluntarily intoxicated, it would have done so.