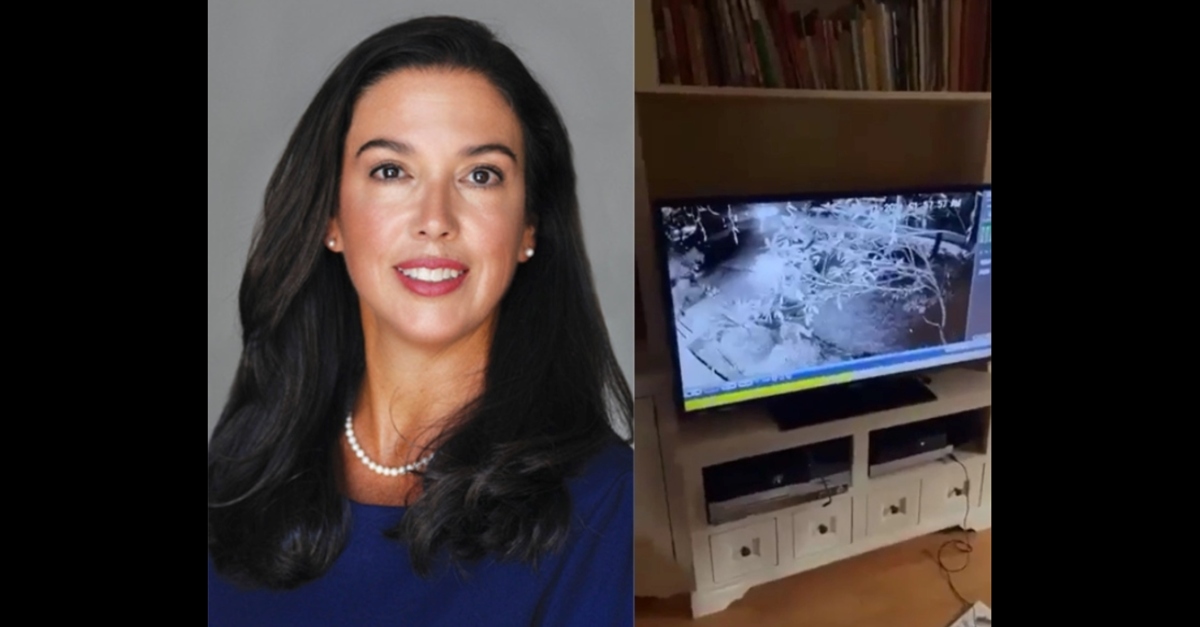 The Louisiana judge who is heard on video repeatedly using a racial slur will request an indefinite leave of absence Thursday, according to her attorney.

The move from Lafayette City Court Judge Michelle Odinet on Thursday comes days after a video surfaced that included sound of the judge apparently repeated the N-word, and hours after Louisiana Gov. John Bel Edwards (D) said he believed that she should resign.

“Judge Odinet is humiliated, embarrassed, and sorry for what she has done and the trouble that she has caused to her community. She certainly understands the Governor’s view of her inappropriate statements and the similar views of many, many others,” Odinet’s lawyer, Dane Ciolino, said in a statement to Law&Crime.

“As a result, before the close of business today, she will file a petition with the Louisiana Supreme Court requesting an indefinite leave from the bench without pay,” the statement said. “In the weeks to come, she will consider what’s best for her and her community in the long term.”

As Law&Crime previously reported, two of the people whose voices are audible on the recording — including a woman identified as “mom” — used the N-word while describing the scene.

The video doesn’t reveal who was speaking, Ciolino confirmed to the New York Times that Odinet did use a racist slur in the video.

Odinet has said that her family had been “the victim of and armed burglary” at her home and that she had been “given a sedative at the time of the video.”

“I have zero recollection of the video and the disturbing language used during it,” Odinet said in a statement to The Current. “Anyone who knows me and my husband, knows this is contrary to the way we live our lives. I am deeply sorry and ask for your forgiveness and understanding as my family and I deal with the emotional aftermath of this armed burglary.”

The suspect in the burglary, Robert Handy, is a 59-year-old Black man, according to The Current.

The police report did not mention Handy having a weapon, The Current story said.

At least two motions have been filed on behalf of Black defendants in Odinet’s court requesting that she recuse herself from their cases, The Current added.

“Judge Odinet has unequivocally, by her own words, shown that she is prejudiced and bias against African Americans,” attorney Barry Sallinger wrote in a motion on behalf of De’edrick Lawrence, whom Odinet sentenced to two years of probation after he pleaded guilty to an intoxicated driving charge. “Her free and flippant use a vile, derogatory term to describe an African American man can result in no other conclusion. While a judgment of conviction has already been rendered pursuant to this plea, this case presents a particular circumstance where a biased and prejudiced judge will hold his future in her hands for the next two years.”

In remarks Thursday, Edwards said defendants seeking Odinet’s recusal are right to do so.

“I’m not sure she has a valid basis for denying that recusal, so there is no efficient administration of justice if she stays on the bench,” Edwards said. “It would be my hope that his period of reflection that she’s going through would lead her to the same conclusion. I believe she should resign. I hope she will conclude that for herself.”

Odinet, a Republican, won the elected judgeship in November of 2020, winning 57-percent of the vote over her opponent, who ran with no party affiliation.

Multiple local officials have called for Odinet’s resignation, and State Senator Gerald Boudreaux, a Democrat who represents Lafayette, has requested an investigation.

[Note: this story has been updated to include a statement from Odinet’s lawyer Dane Ciolino and remarks from Gov. John Bel Edwards.]