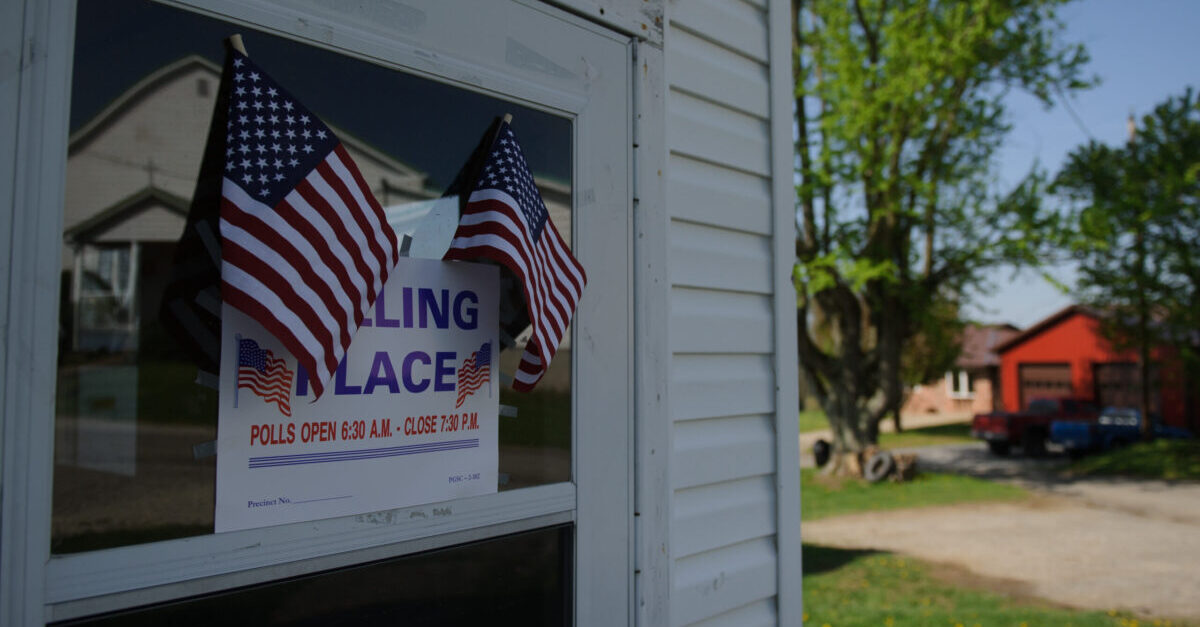 A letter carrier has been charged in federal court with attempted election fraud related to mail-in requests for primary ballots, the U.S. Attorney for the Northern District of West Virginia announced Tuesday. The mail-in primary ballot requests appear to have been part of a state plan to send absentee ballot requests to everyone in West Virginia during the novel coronavirus pandemic.

The postman defendant, Thomas Cooper, 47, of Dry Fork, faces one count.  That’s according to court documents obtained by Law&Crime. Cooper even “admitted to altering some of the requests, saying it was a joke,” the Department of Justice said in a news release.

Here’s how the investigation unfolded.

“In April 2020, the Clerk of Pendleton County received ‘2020 Primary Election COVID-19 Mail-In Absentee Request’ forms from eight voters on which the voter’s party-ballot request appeared to have been altered,” the DOJ said in a news release.  The West Virginia Secretary of State’s office investigated and determined that “five ballot requests . . . had been altered from ‘Democrat’ to ‘Republican,'” the news release said. “On three other requests, the party wasn’t changed, but the request had been altered.”

The forms “appeared to have been altered by use of a black-ink pen,” stated an affidavit filed in court by an investigator from the state attorney general’s office.

That affidavit makes it clear that voters’ requests for ballots were alleged to have been illegally altered; the alterations did not occur on ballots themselves.  The altered requests, however, would have resulted in some voters receiving ballots for candidates of the wrong party, the court papers say, since West Virginia voters can only vote in one party’s primary.

“Had Cooper’s conduct not been detected, it would have caused the [County] Clerk to give Republican ballots to 5 Democrat voters—skewing the primary election by 5 votes and thereby defrauding all West Virginian’s [sic] of a fair election,” the court documents state.

One of the altered ballot request forms.  —  [Image via federal court records.]

The investigator’s affidavit said the clerk knew something was wrong when a family she knew to be Democrats had, on paper, requested Republican ballots. The clerk called the family; the family “suggested that a mail carrier might have tampered with their requests,” the affidavit said (italics in original).

The forms also had odd mixes of blue and black ink, the affidavit said, further suggesting something was amiss.  (The copies filed in federal court, unfortunately, are only in black and white.)

One of the altered ballot request forms.  —  [Image via federal court records.]

The tampered requests were mailed to the towns of Onego, Riverton, and Franklin, W.Va., the news release said.

Cooper’s admission came, according to the investigator’s affidavit, during an April 27th recorded interview.  Cooper said, “yes,” he changed requests which had been mailed directly from the Onego, W.Va. post office.

“If it was on my route, I would take the blame,” Cooper said as to the others.

“You were just being silly?” a postal inspector who was part of the interview asked.

Cooper said “[I] don’t even know them” with reference to the people whose ballots were admittedly altered.

Thomas, according to court documents, is charged with violating 52 U.S.C. § 20511(2)(B). That statute penalizes anyone who “knowingly and willfully deprives, defrauds, or attempts to deprive or defraud the residents of a State of a fair and impartially conducted election process, by . . . the procurement, casting, or tabulation of ballots that are known by the person to be materially false, fictitious, or fraudulent under the laws of the State in which the election is held.”

READ the court documents in the viewers below.

Editor’s note:  this piece began as a breaking news report; it has been updated several times since its initial publication.