Lawyer: Court’s ‘Bikini Barista’ Ruling Tells Women They ‘Must Be Protected from Themselves’ 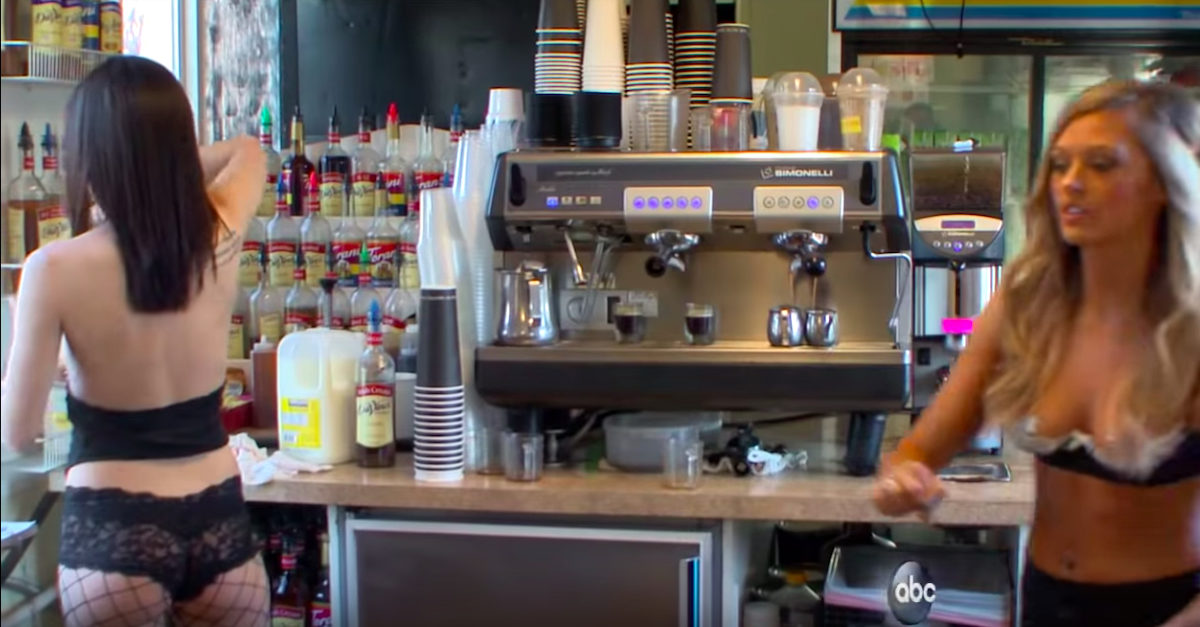 The bikini-clad baristas that have been serving Seattle-area drive-thrus in racy attire may have to cover up as a result of a federal appellate court’s recent decision.

A three-judge panel on the 9th U.S. Circuit Court of Appeals on Wednesday unanimously overturned U.S. District Court Judge Marsha Pechman’s 2017 ruling which granted an injunction on the city dress code ordinance requiring workers at “quick-serve facilities” to wear a minimum of a tank top and shorts. Pechman’s injunction was originally issued on constitutional grounds, ruling that the ordinances violated First and Fourteenth Amendment protections.

The ruling by the San Francisco-based court came in a case brought by the owner of “Hillbilly Hotties,” a bikini barista chain, and seven female employees who argued that they were sending a message of female empowerment and confidence by working nearly naked.

In lifting the injunction Wednesday, the court said the dress-code and lewd-conduct laws were sufficiently clear and that any message of female empowerment the women intended to send would be lost on their customers. The panel held that plaintiffs did not show a likelihood of success on the merits of their two Fourteenth Amendment void-for-vagueness challenges, nor on their First Amendment free expression claim.

The women’s “attire is significantly more revealing than a typical bikini,” the court noted, because some employees wear little more than pasties over their breasts and g-strings.

Writing for the court, Circuit Judge Morgan Christen, appointed to the court by President Barack Obama, disagreed that the city’s dress code was too vague.

“All an officer must determine is whether the upper body (specifically, the breast/pectorals, stomach, back below the shoulder blades) and lower body (the buttocks, top three inches of legs below the buttocks, pubic area and genitals) are covered,” Christen wrote. “A person of ordinary intelligence reading the ordinance in its entirety will be adequately informed about what body areas cannot be exposed or displayed.”

Melinda Ebelhar, one of the attorneys representing the plaintiffs, said her clients may request that the full appellate court hear their appeal.

“The baristas are seeking to exercise their right to choose their work clothing,” she said in a statement to CNN. “The baristas sought to express positive messages of body confidence and female empowerment. This decision effectively tells women that the female body must be covered up and hidden, and that women must be protected from themselves.”

Bikini barista stands have operated in and around Everett since at least 2009, the court said.