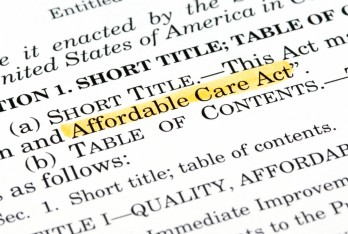 The Attorney General of Texas took the lead in a lawsuit filed by five states on Tuesday, challenging another Obamacare mandate that reportedly requires taxpayer funded sex-reassignment surgery.

“The lawsuit was filed by Texas, Wisconsin, Nebraska, Kentucky and Kansas as well as several faith-based provider groups, including the Christian Medical & Dental Associations,” The Hill writes.

According to a press release from Texas AG Ken Paxton, the U.S. Department of Health and Human Services (DHS) last month changed the interpretation of the definition of “sex” within Obamacare (ACA). It was changed from its biological meaning to a state of mind.  The lawsuit alleges this change is inconsistent with Congress’s definition of “sex” as passed under the ACA.

The lawsuit alleges the impact of the new ruling is significant, for it requires healthcare workers, including those with religious affiliated organizations and moral objections, to provide the services or potentially be in violation of federal law — even referring a patient to different doctor could run afoul with the new regulations.

“The Obama Administration is now trying to redefine the law so that the term ‘sex’ means ones’ ‘internal sense of gender which may be male, female, neither, or a combination of male and female.” But the President does not have the power to rewrite law,” Paxton wrote in the press release.

“This is the thirteenth lawsuit I have been forced to bring against the Obama Administration’s continued threats on constitutional rights of Texans,” said Attorney General Paxton added. “The federal government has no right to force Texans to pay for medical procedures designed to change a person’s sex. I am disappointed in the Obama Administration’s lack of consideration for medical professionals who believe that engaging in such procedures or treatment violates their Hippocratic Oath, their conscience, or their personal religious beliefs, which are protected by the Constitution and federal law.”