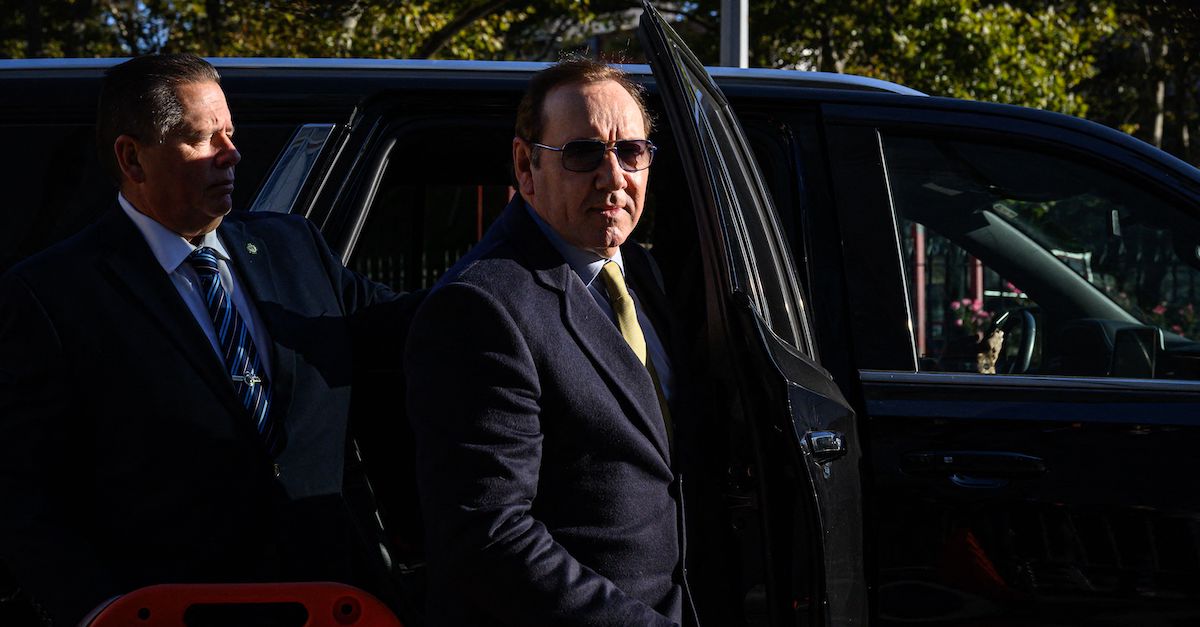 After a federal jury rejected his accuser’s sexual abuse claims, Kevin Spacey will collect nearly $40,000 from fellow actor Anthony Rapp for the costs of litigation.

The bill of costs signed by a court clear in a filing released on Friday imposes $39,083.63 in costs on Rapp, who accused Spacey of making an unwanted sexual advance at him at his home in 1986. The then-future Rent star said that he was 14 years old at the time.

Spacey’s attorney Chase Scolnick celebrated the development — but said that the compensation will only go so far.

“We are pleased with the jury’s verdict finding Mr. Rapp’s allegations false and the Court’s order awarding Mr. Spacey $40,000,” Scolnick told Law&Crime in an email. “But these costs do little to compensate Mr. Spacey for the harm Mr. Rapp’s false allegations caused him.”

In late October, a federal jury quickly sided against Rapp and with Spacey, finding the House of Cards star not liable for sexual battery. The verdict continued Spacey’s winning streak in swatting away claims of serial sexual abuse, both in criminal and civil court.

Three years ago in 2019, Spacey prevailed in a criminal case in Massachusetts after prosecutors said the complaining witness was “unavailable.” That accuser, Michael O’Keefe, had claimed he was 18 years old when Spacey allegedly got him drunk, unzipped his pants and groped him in a crowded restaurant, according to NPR. The actor’s attorney claimed the accuser deleted text messages that would have proven Spacey’s innocence.

A year later in 2020, an anonymous massage therapist who claimed Spacey grabbed his genitals died before trial, and the plaintiff’s estate dropped the lawsuit. The collapse of these cases do not end possible legal jeopardy for Spacey, who still faces criminal charges accusing him of sexually assaulting three men in the United Kingdom.

Spacey has pleaded not guilty to those allegations.

“In this case, given the close and difficult issues presented, the Court should deny Defendant’s bill of costs,” Saghir wrote in a legal brief late last month.

“To Plaintiff’s knowledge, this was the first CVA case to be tried before a jury in either state or federal court in the City of New York,” said Saghir, illustrating what he described as the novel and difficult legal issues involved. “As such, many of the issues arising in this case had never been litigated.”

Rapp claimed that Spacey picked him up like a “groom holds a bride over a threshold” of his apartment, grazing his hand over his clothed buttock in the process. Then, Rapp asserted, Spacey placed him on the bed, and Rapp wriggled out, got up and left.

When Rapp first went public with his allegations, Spacey issued an apology in a social media post, but he testified that he later learned Rapp’s allegations couldn’t have been true after comparing the claims with the layout of his apartment and the timeline.

Rapp’s attorney did not immediately respond to an email seeking comment.