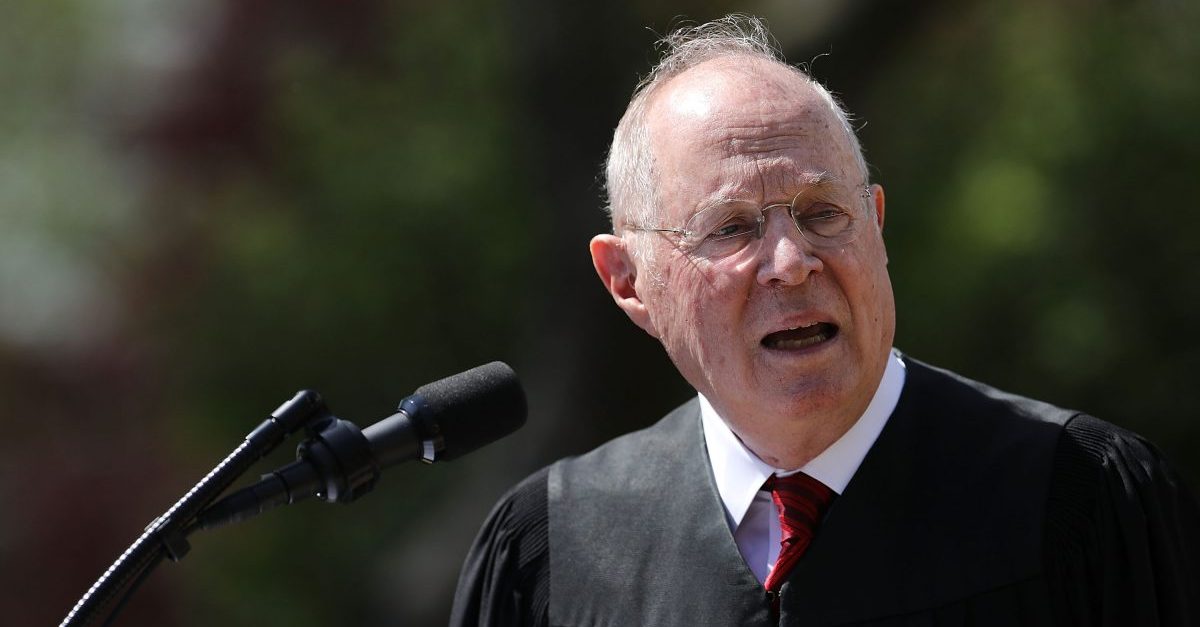 In his acceptance remarks, Kennedy talked of ancient Greeks, and made some pretty harsh comments about the current state of our own republic. Kennedy explained that, two summers ago, he re-read Plato and Aristotle. Kennedy said that he wasn’t exactly pleased with these seminal philosophers’ low opinions of democracy. Despite his dismay, Kennedy suggested that “we” are currently proving them right.

“It always irritated me that they gave a low grade to democracy,” said Kennedy. “They thought that democracy did not have the capacity to mature.”

“It is our destiny to prove them wrong. At the moment, we are not doing that,” the retired justice continued.

Kennedy emphasized the need to restore “decency and thoughtfulness and honor to our civic discourse,” arguing that, at root, “[d]emocracy presumes that there will be a consensus based on thoughtful debate.”

Kennedy’s remarks appeared to be part of a coordinated two-step. When Roberts introduced the award he was about to present to his former colleague, he commended Kennedy for speaking “consistently and powerfully about the importance of civility in our national dialogue.”

The call for more civility in government made by Kennedy and Roberts echoes what we’ve heard before from Justice Ginsburg. Ginsburg publicly criticized Donald Trump during his presidential campaign, but later said she regretted making the remarks. In later months, Ginsburg spoke at length about the example SCOTUS has long set for civil discourse.

Justice Brett Kavanaugh, who once clerked for Kennedy and now succeeds him on the high bench, was present at the ALI ceremony, but did not make remarks.