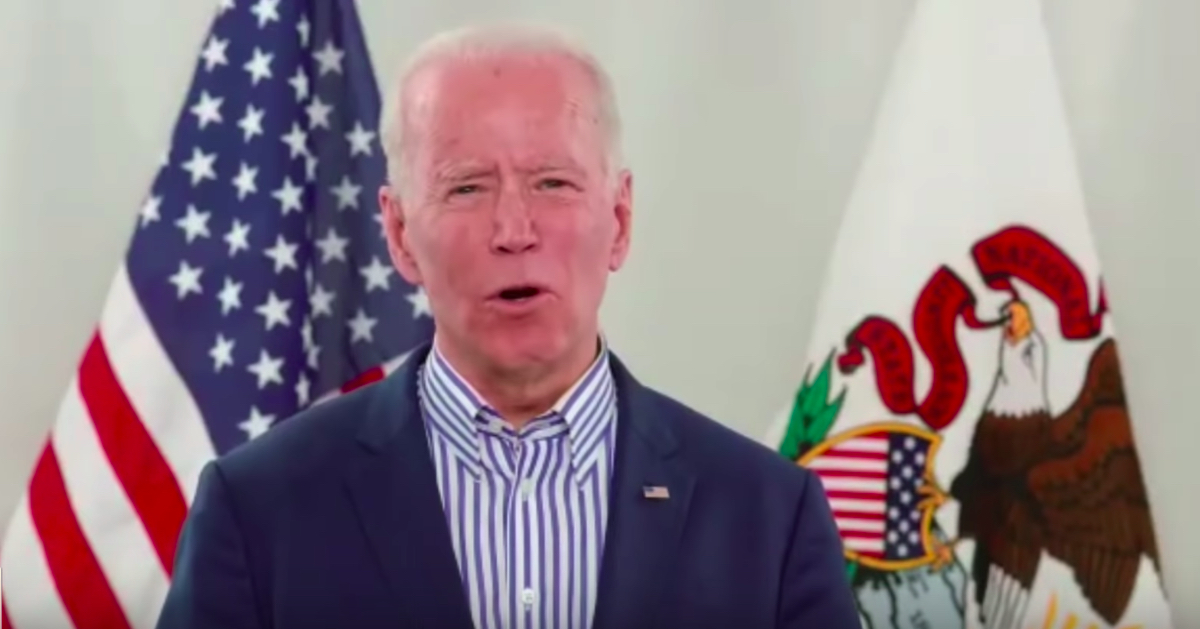 In an effort to confront the challenges presented by coronavirus global pandemic, Democratic presidential nominee Joe Biden hosted a “virtual town hall” on Friday that was streamed on Facebook Live. While the town hall was a technical disaster, rife with a cascading series of visual and audio problems, a more pressing concern for the former vice president’s campaign was the false claim that he sponsored the Endangered Species Act of 1973.

Just before Biden wrapped up the virtual town hall, the final caller of the event asked the Democratic presidential frontrunner if he supported the Endangered Species Act and if he would support legislation to ban trophy hunting imports.

After saying he supported both measures, Biden then tried to further bolster his animal rights credentials with the aforementioned false claim.

“One of the things that I did early on in my career as a U.S. Senator was I was one of the sponsors of the Endangered Species Act,” said Biden, who represented Delaware in the U.S. Senate from 1973-2009. “And one of the other things we’ve done is we in the state of Delaware set up the coastal zone legislation which means that they can’t build any factories or anything within one mile of the estuary of the Delaware River and the Atlantic Ocean and the Chesapeake.”

Biden also spoke about taking steps to prevent future wildfires in the Amazon by forming a global coalition to prevent forest clearing in Brazil.

A search of congressional records shows, however, that the Endangered Species Act was actually sponsored by Sen. Harrison Williams (D-N.J.). A senator from Delaware was among the bill’s eight co-sponsors, but that was Republican Sen. William Roth, not Biden.

A further records search showed that during his Senate tenure, Biden only sponsored one bill that fell under within the policy area of “animals,” and that was the Dolphin Protection Consumer Information Act of 1990, which made it unlawful for producers and distributors of tuna goods to claim their product was “dolphin safe” if it contained tuna harvested in a manner harmful to dolphins.