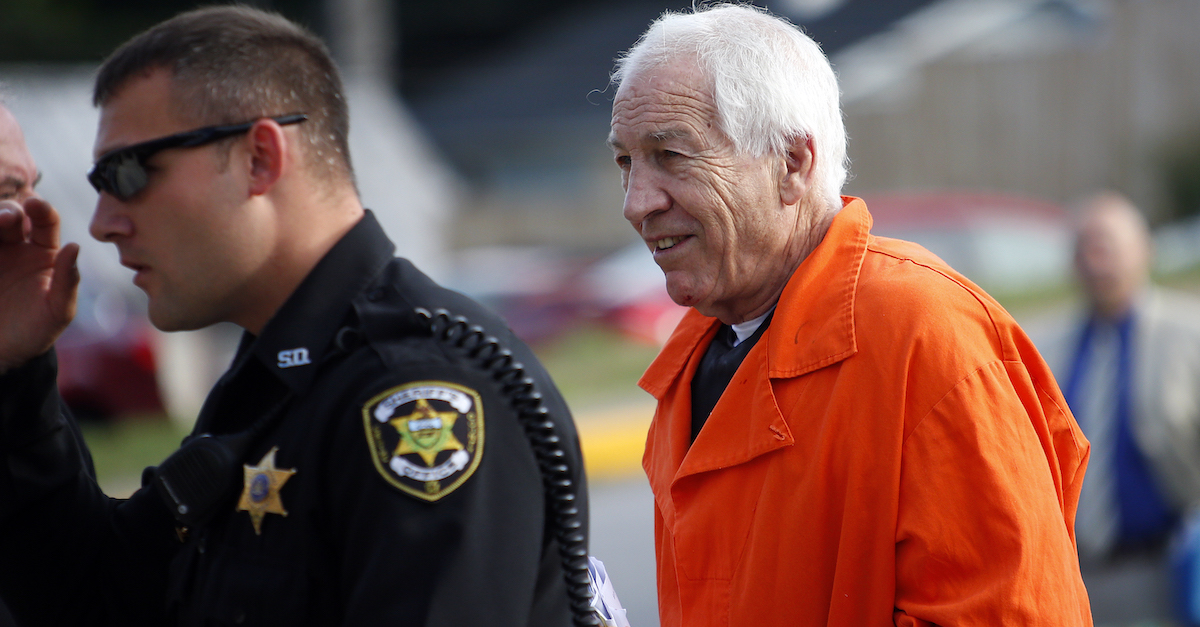 According to the Centre Daily Times, the alleged sexual assaults took place over the course of a decade at the Lasch Football Building. Police told the outlet the unnamed complainant said they endured Sandusky’s sexual abuse from June 2000 through September 2010.

This incident report is the result of the university’s internal and external reporting procedures upon receipt of a new allegation of abuse by Jerry Sandusky. An investigation is ongoing and we have no further comment.

Penn State’s student-run newspaper, Daily Collegian reports that the police were made aware of the allegations on late Tuesday afternoon.

The report filed with Penn State University Police and Public Safety identifies the victim as a “visitor” and reportedly includes two charges of attempted rape and two charges of statutory rape, according to Penn State’s official student-run blog Onward State.

“The charges’ 36B sex offense classification indicates that the incidents involved non-forcible sexual intercourse with a person who is under the statutory age of consent,” the student blog notes.

“I have no idea what they’re talking about,” Sandusky’s attorney Al Lindsay told The New York Post.

The once-revered defensive coordinator was the focus of a national scandal when he was charged with dozens of sexual assaults in late 2011–though investigations into those allegations began as far back as 2002. Federal investigators, however, did not officially began looking into those alleged crimes until 2008. Sandusky was convicted on 45 such charges in 2012.

He was ultimately sentenced to between 30 and 60 years in prison.

In February of this year, an appeals court in Pennsylvania ruled that the use of mandatory minimums in the case was improper.

Sandusky is set to be re-sentenced on November 8.