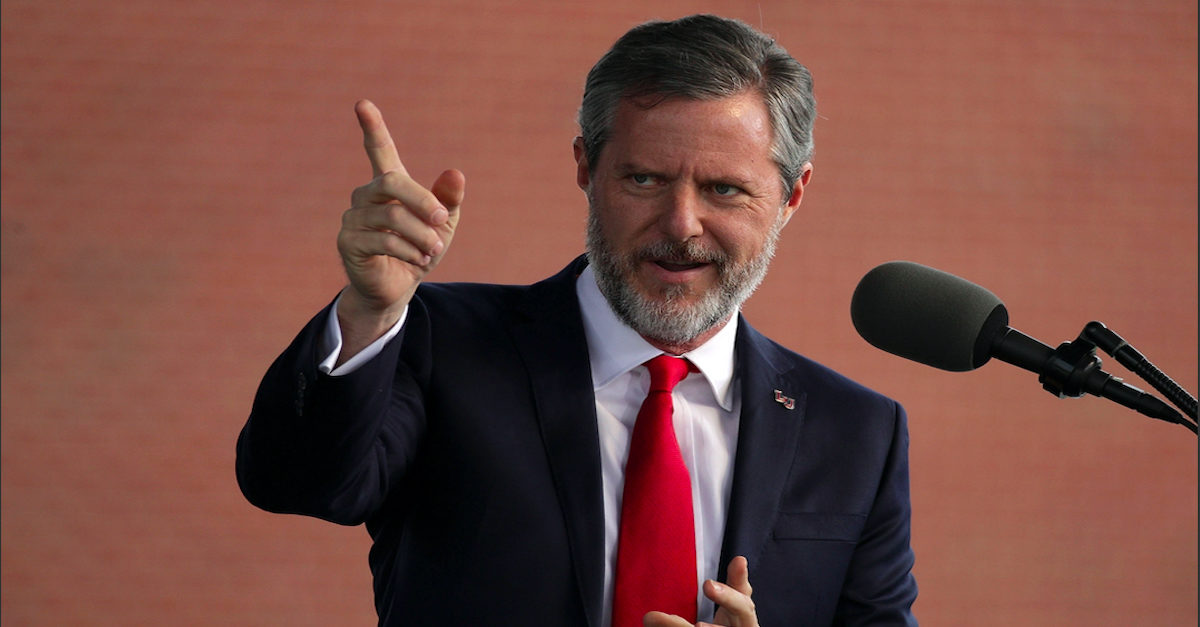 Evangelical icon and President of Liberty University Jerry Falwell Jr. personally approved a real estate transaction involving the nonprofit Christian university’s property to give his personal trainer a “sweet deal” on a sports facility, according to a Reuters report.

The controversial deal relates to a sports facility (which included tennis courts and a fitness center) given as a gift to Liberty University in 2011 by a now-deceased trustee. That was the same year that Falwell and his wife, Rebecca “Becki” Falwell, began employing the services of Benjamin Crosswhite, an upstart 23-year old personal trainer.

According to the report, Falwell, who takes an annual salary of $1 million from the university, transferred ownership of the sports facility to Crosswhite in 2016. Crosswhite was not required to pay any money towards the purchase price of the facility under the terms of the deal. Additionally, after gifting the facility to Crosswhite, Liberty University committed approximately $650,000 up front to lease the recently gifted tennis courts back from Crosswhite for a 9-year period.

Prior to the real estate deal being finalized, Falwell reportedly emailed Liberty University personnel, urging them to cut Crosswhite a “sweet deal,” which would allow him to offer private training sessions at the sports facility.

“Becki and I wouldn’t mind working out over there with Ben as a trainer because it is more private,” Falwell reportedly wrote in a 2011 email. The relationship between the Falwells and Crosswhite continued to blossom, and he would accompany them on their private jet to provide training sessions away from the university, culminating in the 2016 deal for the sports facility.

Reuters described the contract between the parties as follows:

In 2016, Falwell signed the deal transferring the facility to Crosswhite. The contract says the price is $1.2 million, but notes that the ‘Net Purchase Price’ is $580,000, because Liberty ‘agrees to credit’ Crosswhite with rental payments for seasonal use of the site’s tennis courts through 2025. The courts are used by Liberty’s tennis team for practices and tournaments. Liberty ‘agrees to finance the purchase’ at a 3% interest rate, the contract says. To help Crosswhite in the transaction, Liberty was lending Falwell’s fitness trainer more than half a million dollars to buy its property. The university would receive no cash up front from the sale, the contract shows.

“The concern is whether the university’s president wanted to do his personal trainer a favor and used Liberty assets to do it,” Anderson said. “At a minimum, the terms suggest the buyer got a great deal and Liberty got very little.”

Crosswhite declined to answer inquiries about the deal, but said he and his wife reviewed the terms of the deal before they “bought the complex.” Falwell, for his part, directed the news organization to the university. Liberty University defended the propriety of the deal, saying the sports center was a “drain on University resources” and that Crosswhite was the “most viable purchaser” for the property.