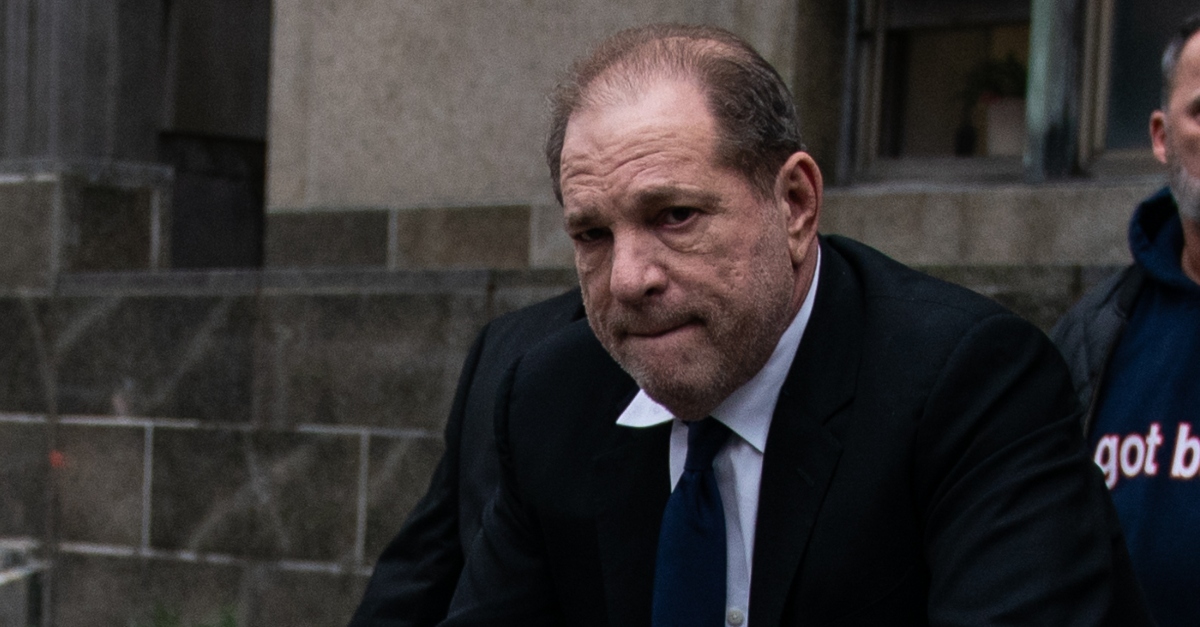 The last thing that jail officials want to hear is a chorus of people across America saying Harvey Weinstein didn’t kill himself. Jailers reportedly have Jeffrey Epstein’s controversial death behind bars very much at top of mind when it comes to monitoring recently convicted rapist Weinstein.

Weinstein, you may have heard, was found guilty of rape and criminal sexual act on Monday, after which time he was ordered jailed ahead of a scheduled March 11 sentencing (there’s also a second criminal case in Los Angeles). The 67-year-old Hollywood career-maker and career-breaker faces 25 years behind bars but maintains his innocence. Instead of heading to Rikers Island as planned on Monday, he was hospitalized due to an alleged health scare. Weinstein accusers don’t believe the health issues are legitimate, but Weinstein’s team insists they are.

Whatever one believes about it, jail officials are not about to let Weinstein die before being imprisoned. All the while, Weinstein has been monitored closely so as to prevent him from going the way of Epstein. Epstein officially died by suicide in Aug. 2019 while jailed ahead of a child sex-trafficking trial in New York. Both of these cases involve rich and powerful men in their 60s who were serially accused of sex crimes going back decades.

Two sources have reported on how jail officials are approaching the Weinstein case. The City reported that Weinstein might be shipped out to a jail outside of New York City–and as far as Albany–to ensure his safety. In the meanwhile, Weinstein is reportedly being watched closely at Bellevue hospital:

He’s being watched in the hospital’s jail ward, by a team of officers — including several members of the department’s elite emergency response unit — to make sure he doesn’t try to harm himself.

Weinstein must be escorted by a jail captain anytime he moves, and the entire jail hospital unit is shut down to eliminate any chance he’ll bump into other inmates, Russo said.

Joe Russo, the president of a NYC corrections union, told the publication that there “seems to be a Jeffrey Epstein influence here,” in terms of how Weinstein is being monitored.

“The last thing you want is another Jeffrey Epstein incident,” an anonymous jail source told the newspaper. “Harvey is going to be isolated as much as possible and will always have a detail with him throughout the prison. He’s never going to be like other prisoners, able to walk down the hallway or sit in the canteen alone.”