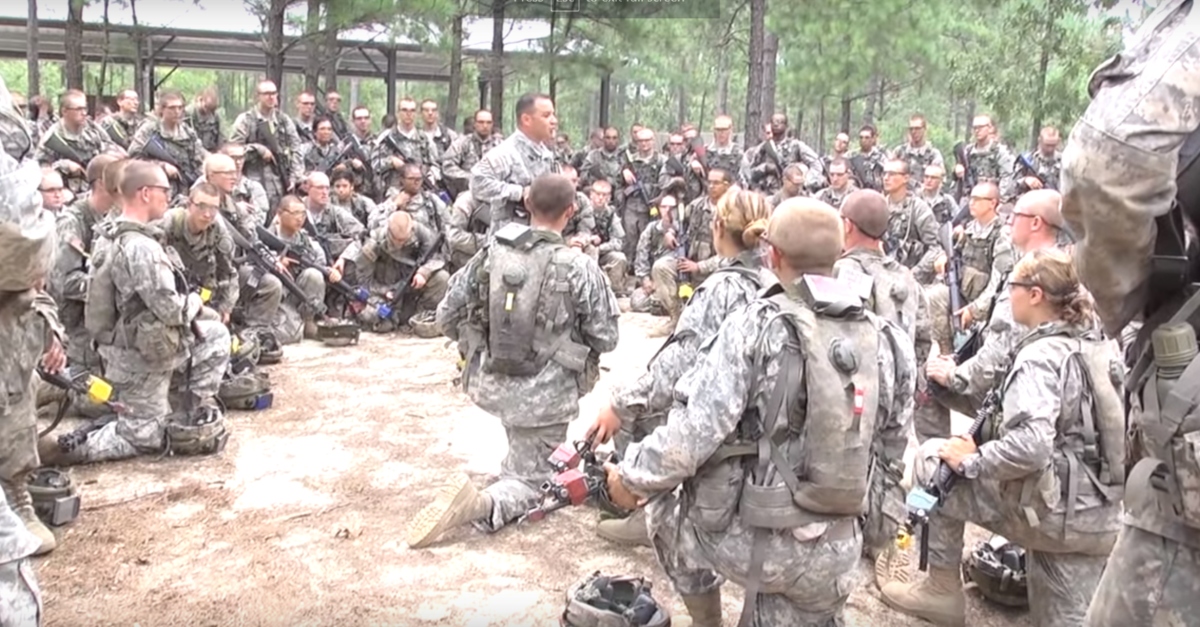 Immigrants who join the U.S. military are denied citizenship more often than their civilian counterparts, according to government data reviewed by McClatchy DC. These numbers come from quarterly naturalization statistics from the U.S. Citizenship and Immigration Services. The number of service members actually applying has also dropped since President Donald Trump was sworn in.

Then there are the military numbers. 1,141 service members were approved, while 227 were denied. That’s roughly a 16.59 percent denial rate. 648 applications were received and 4,093 are still pending.

Six out of the eight quarterly reports from the Trump Administration had civilians getting citizenship more often than service members, but both categories have seen drops in applications.

“The fall in military naturalization applications is likely attributable in significant part to the Department of Defense’s decision not to renew the Military Accessions Vital to the National Interest (MAVNI) program after its expiration at the end of FY17,” USCIS said in a statement.

“I think people are disheartened right now by the immigration climate,” said attorney Elizabeth Ricci. She represents immigrant service members. “We talk about a wall all the time. This is an invisible wall.”

MAVNI, a recruitment program, was suspended back in 2016. It created a pathway for immigrant service members to become U.S. Citizens.

Reduced opportunities for service members seeking citizenship has been an ongoing pattern with the administration. Compare this to past administrations. President George W. Bush signed an executive order in 2002 after the 9/11 attacks, making it easier for immigrant service members to become U.S. citizens.