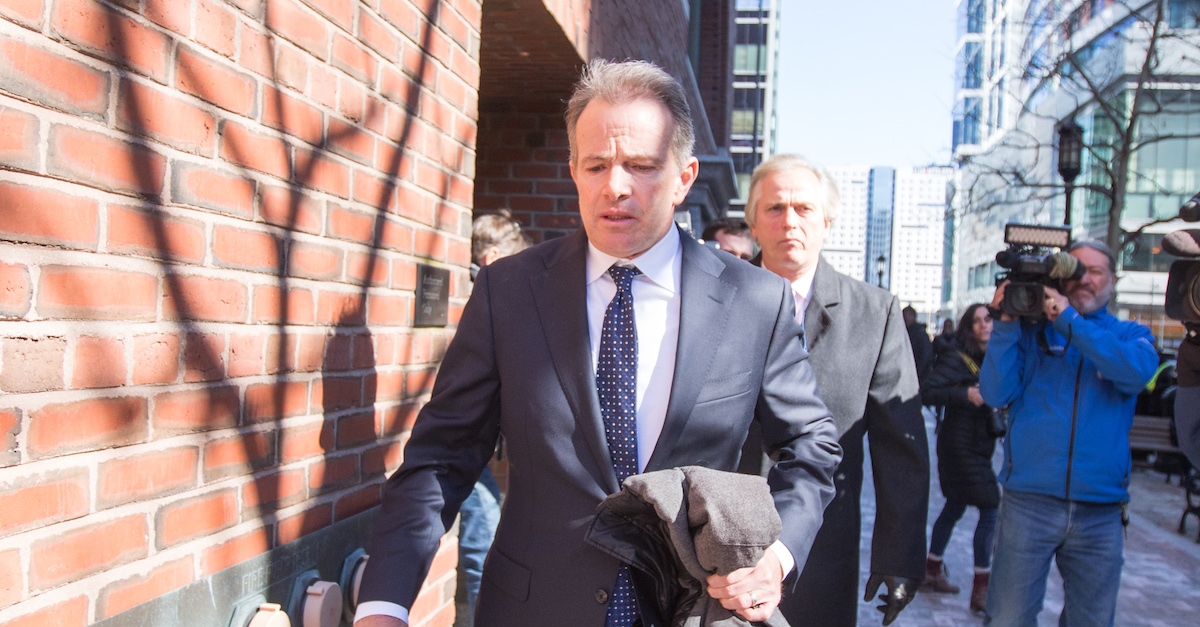 A student at Georgetown University that was ensnared in the college admissions scandal is suing the school to stop them from punishing him for his father’s crime.

The complaint contends that Adam Semprevivo, 21, was unaware that his father, Stephen Semprevivo, paid William Rick Singer $400,000 to help him get into Georgetown as a tennis recruit for coach Gordon Ernst. The elder Semprevivo pleaded guilty to conspiracy to commit mail fraud and honest services mail fraud on May 13.

This lawsuit was brought in reaction to the school’s lawyer, Adam Adler, telling Semprevivo that the school is reviewing his standing at the university and that he could be expelled.

Semprevivo’s lawyers said that the plaintiff seeks damages and injunctive relief to stop Georgetown from imposing an “arbitrary, and capricious disciplinary process that seeks to deprive him of Due Process of Law and constitutes material breaches of the contract between the parties.”

They want to stop Georgetown from “revoking earned academic credits and subjecting Semprevivo to academic discipline.”

Semprevivo stated that his academic standing in high school was high enough for Georgetown and he was never required to play on the Georgetown tennis team. He also contends that he never intentionally lied or gave misleading statements on his application, which he did not sign, and that the school could have “easily verified” that his application was a fraud: His college essay, which was written by Singer, states his love of tennis but his transcripts show that he only played basketball and not tennis.

But the government charging documents against Semprevivo’s father lay out an email that Singer sent to him and his parents explaining that Semprevivo should send a letter to Ernst about his tennis exploits (see page 186 of the charging document for more):

I wanted to update you on my summer doings. After your suggestion I have played very well with terrific success in Doubles this summer and played quite well in singles too.

I am looking forward to having a chance to play for you. Our conversations have inspired me to try to dominate my competition this summer.

Senior year is about to start and you can count on me to achieve great grades.

Thanks for the chance to play for you and Georgetown University.

According to prosecutors, Adam Semprevivo “e-mailed the note to Ernst, as instructed, later that same day, along with his high school transcript and SAT scores.”

The Semprevivo suit claims that the process in place at Georgetown has “no standards or criteria for resolution” and that Georgetown is being “disingenuous” because it knew of the issues surrounding Ernst since 2017. Ernst was dismissed in 2018.

The Semprevivo family is not the only family that Ernst allegedly took bribes from. Elizabeth and Manuel Henriquez allegedly paid Ernst $400,000 to help get their daughter into Georgetown University as a tennis recruit. Ernst also advised them that their daughter’s college application essay should “talk about tennis” and that “being a part of Georgetown women’s tennis team has always been a dream of mine.”

Georgetown Student Complain by on Scribd