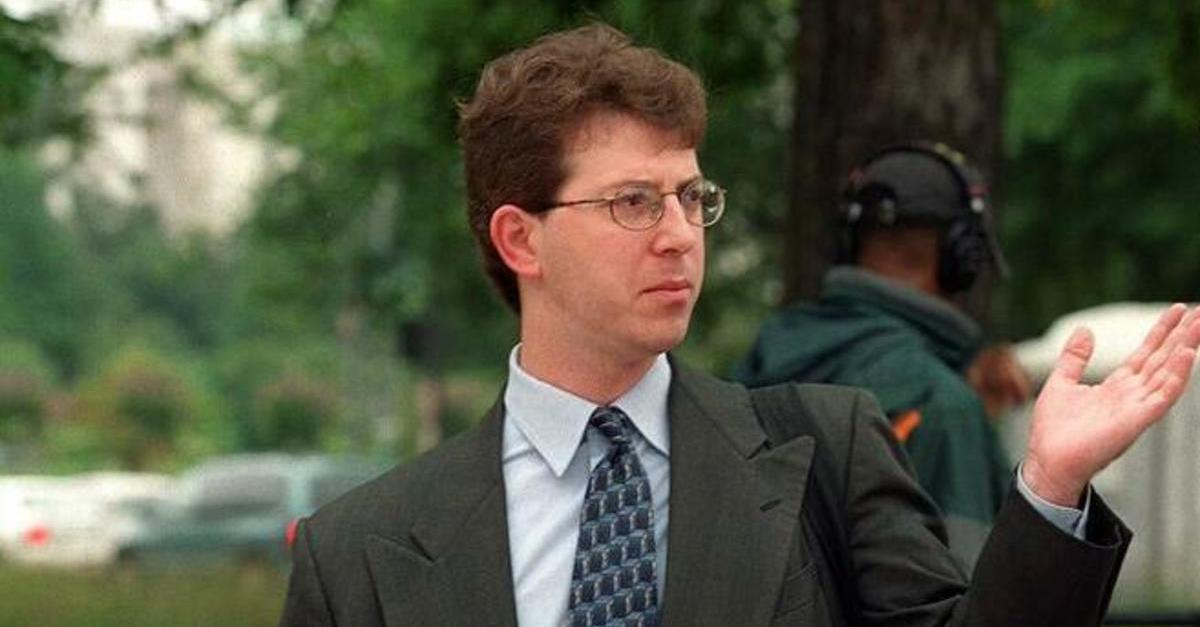 Whistleblower attorney Mark Zaid was recently dropped by his insurance company over the “high-profile” nature of his work, sparking speculation that this was political revenge for his representation of the Ukraine whistleblower. True or not, the Hanover Insurance Group, Inc. is visibly losing some of their clientele–and reputation–over the decision.

Hanover alerted Zaid of their decision to cancel his malpractice coverage in a July letter saying they were uneasy with the nature of his work, according to the New York Times. He later confirmed the loss of his coverage with Hanover’s general counsel and unsuccessfully attempted to get them to change their minds.

“I was shocked when The Hanover Insurance Group notified me that they would not renew my malpractice insurance because it lacked the ‘appetite’ for my law firm’s ‘high profile whistleblower’ practice area,” Zaid told Law&Crime. “Whether there was a political undertone or simply a poor policy judgment that contributed to this position, there are consequences for such decisions.”

“The company, which has historic roots in our country, is free to choose – short of unlawful, discriminatory practices – who it insures,” he added. “But so too do attorneys and other individual insured have the right to reject the moral cowardice displayed by Hanover in cancelling their own policies with the company.”

The attorney, who represented the intelligence community member whose whistleblower complaint led to President Donald Trump’s impeachment, appears to have his ear to the ground on this latest controversy–albeit with a hand to nudge those “consequences” along as well.

“Incredibly disappointed that [Hanover] doesn’t have an ‘appetite’ to support lawyers who provide free legal representation to lawful #whistleblowers who help ensure democracy is protected,” Zaid tweeted after the story broke. “#Pathetic. All Bar organizations should reconsider using them.”

While bar organizations have yet to heed the call, many other attorneys have made exactly such a reconsideration. A campaign against the insurance group is currently lighting up social media.

“Any lawyer insured by [Hanover] should immediately drop them and find a less timid and more reasonable carrier,” said legal blogger and Arizona-based attorney @bmaz. “Who and what put pressure on Hanover to do this now? Boycott [Hanover].”

“This is ludicrous – they deliberately targeted my colleague and my friend, @MarkSZaidEsq,” tweeted fellow Ukraine whistleblower attorney Andrew P. Bakaj. “Their lack of ‘appetite’, I believe, is directly tied to our work last fall. This will not deter us. Frankly, this only emboldens us to fight for what is right.”

National security attorney Kel McClanahan penned a Twitter thread highlighting concerns with Hanover in the aftermath of their decision:

So I couldn’t help but notice the type of lawyers @The_Hanover explicitly says they cover.

That’s right. They go out of their way to say that they will eagerly protect lawyers DEFENDING PEOPLE ACCUSED OF RETALIATION. But they “don’t have the appetite” for the actual retaliatees. pic.twitter.com/RGOlMkbxrn

So keep in mind, if you’re a lawyer who supports whistleblowers, @The_Hanover will only provide insurance for lawyers representing the people they blow the whistle on.

Remember that when choosing “the right insurance to adequately protect [your] business.”

Side note, who in their right mind at @The_Hanover thought that Mark of all people would take this lying down and not rain hellfire down on them in the public sphere? People whose tweets are put on posters during Congressional hearings don’t just say “okie dokie” and take it.

Others joined in with criticisms and cancellations of their own:

We have @The_Hanover for 2 policies. I just emailed our broker and asked to find us an alternative. I don’t have the “appetite” for companies with no moral compass.

I work with whistleblowers and on whistleblower policy. That means I’ve seen many articles with many stock photos of whistles. The zipper here is really cool, and puts this one in my top five.

Zaid was appreciative of the support he received.

“Representing lawful whistleblowers helps protect democracy and the rule of law, and it is heartwarming to see those views dominate the thoughts of so many people who have expressed their support,” Zaid said. “I have called upon bar associations across the country to consider reexamining their relationship with Hanover because principles do matter.”

Hanover spokesperson Emily Trevallion responded to the controversy in comments to the ABA Journal.

“For the record, our company fully supports the spirit and intent of whistleblower laws and recognizes the value of these laws in a democracy,” she said–while noting that “liability coverage for firms with significant whistleblower practices is readily available in the surplus lines market, where companies specialize in insuring these types of business.”

“Translation: We’re cowards but no worry, others aren’t,” he tweeted. “Nice.”