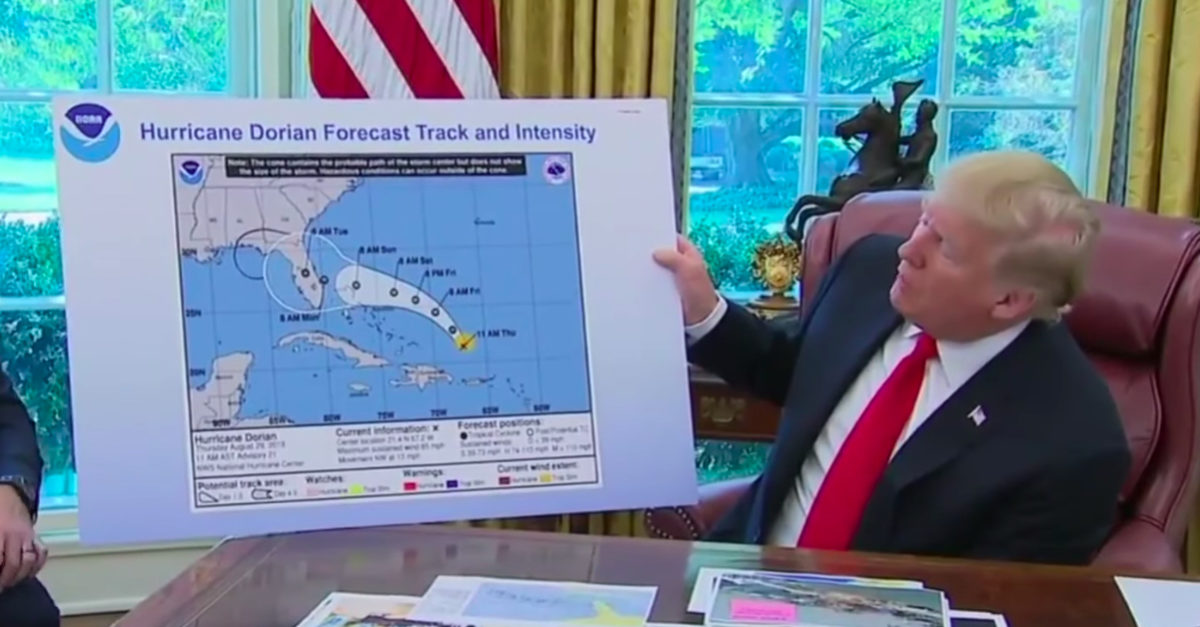 The Inspector General for the U.S. Department of Commerce expressed “deep concern” over the department’s repeated attempts to prevent her office (OIG) from completing a critical report on its investigation into the National Oceanic and Atmospheric Administration’s (NOAA) 2019 statement concerning Hurricane Dorian, better known as “Sharpiegate.”

In a memo to Commerce Secretary Wilbur Ross, IG Peggy Gustafson – an appointee of President Barack Obama – wrote that the department has “distorted” its communications with the OIG and abandoned proper protocol by claiming “amorphous and generalized privileges” in order to prevent her office from releasing its final report which implicates “high level individuals.”

The investigation dates back to President Donald Trump’s Sept. 1 tweet claiming the state of Alabama was likely be hit “much harder than anticipated” by the incoming storm, a prediction that did not align with forecasts from the government or other weather services.

The National Weather Service’s (NWS) Birmingham, Alabama division corrected the president just minutes later.  NOAA then released an unsigned and highly controversial statement defending the president’s initial claims as being true and rebuking the NWS for correcting the president.  (Trump also famously displayed an official weather forecast map which had been altered by a Sharpie marker.)  Gustafson’s office was investigating the unsigned rebuke, which was widely maligned by government scientists as politically motivated, to determine whether it violated NOAA’s Scientific Integrity Policy.

In a summary of the OIG’s final report released last week, Gustafson wrote that the department “led a flawed process” and issued a statement “that did not further NOAA’s or NWS’s interests” which failed to account for “the public safety intent of the NWS Birmingham tweet and the distinction between physical science and social science messaging.”

Gustafson pulled no punches in her memo to Ross and plainly stated that her office has reason to believe the Commerce Department was intentionally obstructing the release of the report to protect top administration officials.

“The final publication of our evaluation has been delayed, thwarted, and effectively estopped by the Department’s refusal to identify specific areas of privilege,” she wrote.

“Further, we are concerned that your staff has distorted previous discussions of potential redactions to report appendixes and the agreed-upon privilege review process by creating a self-serving narrative in their communications with us. Notably communications were consistently collegial, until OIG transmitted the final report for a privilege review and subsequent issuance of the final report to you. This tone shift appears to be directly linked to the content of our report and the findings of responsibility of the high-level individuals involved. I am concerned that the substance of our report and findings has resulted in this retaliatory posturing.”

The Department of Commerce OIG is being prevented from publishing its findings into political interference into NOAA’s weather forecasting. This is unacceptable. @SecretaryRoss must allow the OIG to do its work and publish its findings immediately!

See below for the full memo to Ross:

IG Memo to Ross by Law&Crime on Scribd