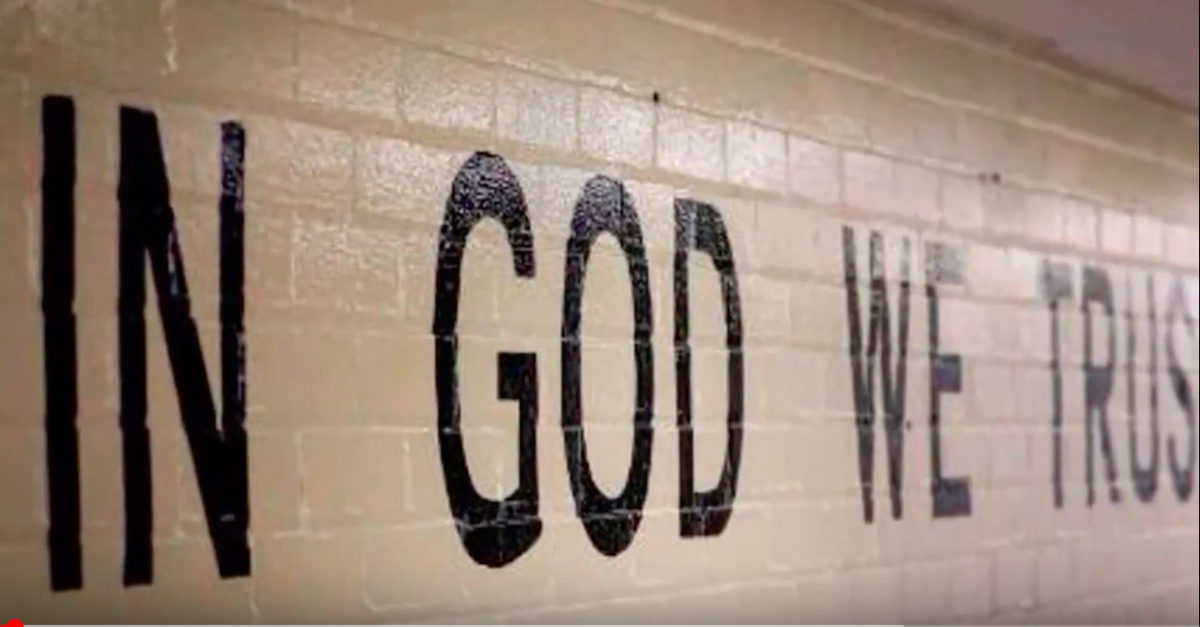 South Dakota public schools will be required to display “In God We Trust” signs before students return for the new school year.

The law, which was signed into law by Republican Gov. Kristi Noem in March, requires that the sign be at least 12-by-12 inches and “prominently displayed” in public areas such as entryways, common areas, or cafeterias “where students are most likely to see the national motto display.” Acceptable forms of exhibition include mounted plaques, student artwork, or other appropriate forms as determined by individual school principals in each of the states 149 school districts.

The state legislators who proposed the law told the Associated Press that the mandatory display was meant to inspire patriotism in the state’s public school students.

Wade Pogany, the executive director of the Associated School Boards of South Dakota told the AP that schools were complying with the law in a multitude of ways.

“Some have plaques. Other have it painted on the wall, maybe in a mural setting,” Pogany said. Ironically, one school placed the compulsory display on its “freedom wall.”

The Freedom From Religion Foundation, which has already unsuccessfully attempted to legally challenge the motto’s appearance on U.S. currency, released a statement Wednesday deriding the law as a “stealth campaign” for the state to promote religion.

“Our position is that it’s a terrible violation of freedom of conscience to inflict a godly message on a captive audience of school children,” the group’s co-president Annie Laurie Gaylor said.

According to the United States Treasury Department, the phrase “In God We Trust” was first printed on coins in 1864 before it was officially adopted as America’s national motto when Dwight D. Eisenhower signed the bill into law in 1956.