Colorado Driver Attempts to Hide Broken Tail Light in Ingenious Fashion, Is Let Off the Hook 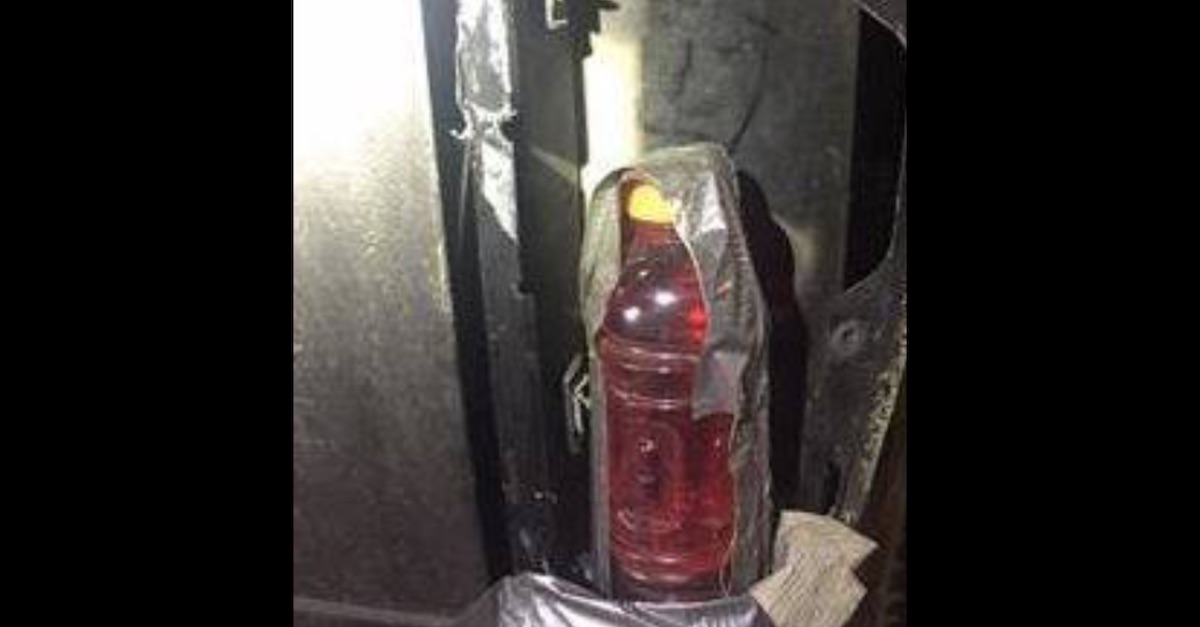 Police in Colorado pulled over a driver this week who tried to hide his broken tail light by duct taping a red sports drink where the working light should have been. While people have been known to use red tape to hide cracks, Longmont police officers said this was the first time they’ve seen this particular method employed.

Authorities reportedly stopped the driver while he was on his way to get the tail light fixed. In Colorado, vehicles must display a red or amber light for their tail lights that can be seen at least 100 feet away in the sunlight. 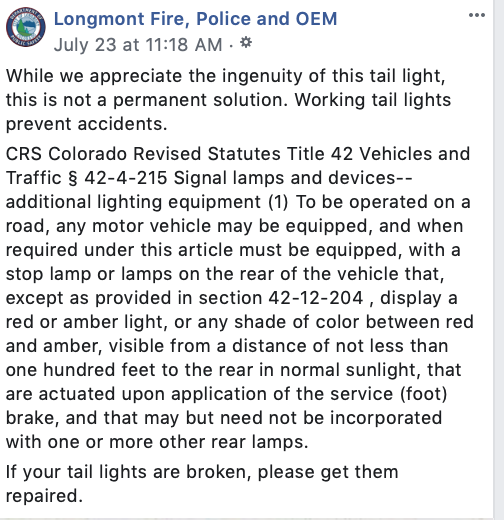 “While we appreciate the ingenuity of this tail light, this is not a permanent solution,” Longmont Fire, Police and OEM wrote on Facebook. “Working tail lights prevent accidents.”

That said, officers, perhaps taken by the man’s ingenuity, decided not to give him a ticket. Cops said they observed the motorist getting this issue fixed later on the same day.

“For those wondering the officer did not give the man a ticket. And sure enough the officer saw him at the repair shop later that day,” authorities said.

When one commenter asked if this “worked” as a tail light, authorities responded with a question: “Is ‘sort of’ an acceptable answer? ”

“It did not work like you would think it would. The color looked to be ok. The bigger question would be could you see it from 100 feet in normal sunlight? The guess is it wouldn’t be seen from 100’ due to the way the light would pass through the liquid,” they continued. “However, our understanding is they didn’t test it they just warned him that he should get it fixed. We have all seen some pretty interesting tail lights but no one had claimed to ever see this solution before.”